You are here: Home / All Stories / Google’s Pixel C: A Chromebook Cinderella Story? Some would say that Google’s Pixel C was a monumental failure. While others gave the “all-purpose” Android convertible an “A” for effort but a mediocre grade for practical usability. Whether you fall on the left, right or somewhere in the middle, the Pixel C will always remain Google’s first and, for now, only Android based Pixel device. If for no other reason, that alone will forever lend the Pixel C an honorable mention in the proverbial gadget hall of fame.

But what if the Pixel C wasn’t an Android toting trophy tablet in the prestigious Pixel line-up? What if it were, say, a Chromebook? I know, “the Pixel C was meant to be a Chromebook” horse has been beaten beyond recognition. But, bear with me for just a few more minutes while I make my case.

Most of us have heard the rumors and even seen evidence that the Pixel C was originally birthed with Chrome OS in mind. There have been countless reasons thrown around as to why Google decided to suddenly announce and begin shipping the tablet with Android 6.0.1. But, this is Chrome Unboxed and we will leave the Android rumors for the water-cooler.  (Chemex if you happen to be at our office. Although we do have a water-cooler. Seriously, check our Instagram tomorrow. I’ll post a pic.)

However, we do know that Chrome OS and the Pixel C are no strangers. We have see in the Chromium reviews where Chrome OS was being tested on the tablet’s mainboard(dragon) months before the initial release to the public. Obviously Google intended or at least seriously considered making this device a Chrome OS convertible. So much of the Pixel’s design as well as its included BIOS are steeped in Chrome OS. The form factor screams of a Chrome OS convertible. Not to mention we have yet to see a detachable Chromebook anywhere. It’s exceedingly difficult to reason why Google went the other direction.

Speculate with me a moment if you will. Android apps are coming. New Chrome devices are being announced and rumored and the 2-in-1 tablet market is primed and ready for Chrome devices that will be the ultimate multitaskers. But where is Google in all of this? After last week’s news of the Pixel LS’s untimely demise, the Pixel C is left alone to defend itself as and Android boy in a Chromebook world. Over the last year, there has been much speculation that Google may be abandoning the Pixel brand completely. Then the glimmer of hope came almost 2 months ago when Google posted a job listing looking for a Chromebook Pixel Quality Engineer. Then(radio silence), nothing. Not until yesterday’s reports that the Nexus phone line may be rebranded as Pixel have we heard any encouraging news about Google’s family of devices.

Do you see where I’m going with this?

Don’t call it a come back! 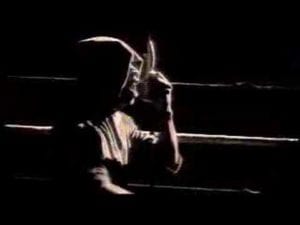 The rumors of a refreshed Pixel C running Chrome OS are not new. But, up to this point they were honestly just hopes and wishes: nothing more.

Don’t get me wrong. I’m not here to blow the lid off of Watergate. I just want to give the dreamers like me a little something tangible to hold on to. And who knows, maybe start a little conversation.

I would like to introduce Exhibit A: the Google Store Special Offers email. Our good friends over at Chrome Story first took note of yesterday’s reddit thread that contained an unusual photo of the Pixel C. As you can see in the photo below, the Pixel C at the top is boasting what appears to be Chrome OS. Now, I know as well as anyone that rendered screens in advertising are about as common as air. Some OEM’s(who will remain nameless for my protection) are notorious for putting rendered Chrome OS screens on their Windows devices right on their product pages. Honestly, I wasn’t sure it was even a legitimate photo from Google until I checked my own inbox. Sure enough, sitting there among all the other unopened sales ads was the Google Store Back to School savings extravaganza!(It really wasn’t called that, but that email was real.) While the Pixel C in the bottom photo is still running Android, the first photo left me intrigued and my wheels began to turn. 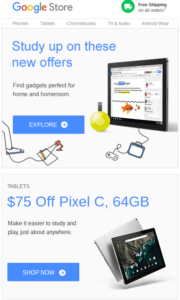 The reason this piqued my interest is the fact that for the past few weeks we have been tracking a large amount of activity in the Chromium reviews pertaining to ‘ryu’ and ‘dragon’, the build and board for the Pixel C. Seeing existing boards in the commits isn’t unusual at all. With the constant development of Chrome OS, boards are updated constantly. As long as a device is supported by Google, updates will be made regularly.

But the Pixel C isn’t a Chrome device. At least not in its present form.

Then there’s this. A recent photo, shared by a source that shall remain nameless, shows a replacement Pixel C with a testing and development sticker adhered to the back. Additionally, you can see a ‘ryu’ keyboard PVT label. (PVT being the final testing phase of a device before production)

Granted, this Pixel was a replacement for a previous review device that had failed and it did come loaded with stock Android. It is possible that Google just had some extra test units lying around. Since the first unit was a freebie, its possible that the replacement was just whatever they had available. But, it only ads to the list of possible evidence of a refreshed machine. 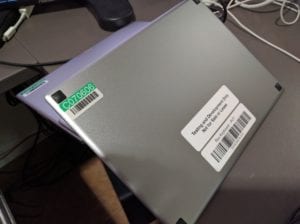 So why all the poking and prodding of the Pixel family’s little brother? Maybe a refresh? I really can’t say. But, the facts remain. There are no Pixel Chromebook devices on the horizon (that we the people are aware of, anyway). The Pixel C, in my opinion, would make a better Chromebook than it would an Android tablet. If it were to come back as a Chromebook, it would have access to Android apps with Chrome OS 53. I am not suggesting that this is proof positive of a Pixel C Chromebook. I’m only saying, “what if”?

Could the Pixel C be the comeback kid?

Could it be the Cinderella story of the Chrome OS world?

I’ll let you decide what to make of all the “evidence”. Let us know what you think Google is up to next. A new Pixel, an improved reboot of the Pixel C or another direction entirely? Leave a comment below or drop us a line info@chromeunboxed.com.