You are here: Home / All Stories / Chrome OS and Android: History in the Making? 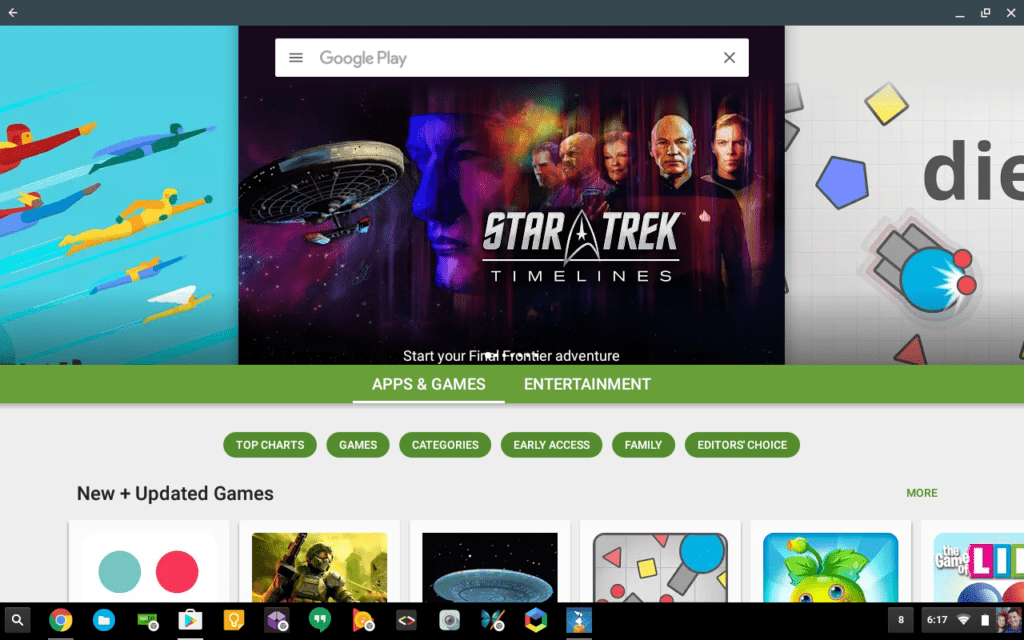 The future is now.

Hopefully, in just a matter of days, we will see the release of Chrome OS 53. Along with it comes the promise of a whole new user experience as millions of Chromebooks will receive access to the Google Play Store and Android Apps. This addition to the Chrome OS environment has birthed much speculation as to what the next steps are for Google’s two operating systems.

The rumors of Chrome OS and Android’s future are varied and run to both ends of a massive spectrum. But, for the time being, both OS’s seem to have made a place for themselves. Learning, slowly but surely, to live harmoniously in one ecosystem.

Many would say the two are beginning to meld into a new creation all its own. Some, like us, are very excited about the future developments of Chrome OS and Android. But, at the same time, we don’t stress as to the whys or how’s. We rest assured that Google’s advancements are for the betterment of Chrome products and the overall user experience. At the same time, that doesn’t stop us from dreaming or doing a little thought out speculation.

So, let’s take a look at events that have unfolded over the past few months. Google is said to be announcing two new Pixel branded phones in early October. Some have even gone so far as to presume these phones will be running Chrome OS.

I can say with a fair amount of confidence that is not the case.

That’s not to say I am positive. I have been wrong before (at least twice that I’m aware of). But, I have been following Chromium developments very closely over the past few months. I can tell you that the development team is currently working on devices running both operating systems in a mutual environment. And it appears to be more than just running Android apps on a Chromebook.

You can see in recent commits Marlin and Sailfish being tested by the Chromium OS team. At this point I would like to reiterate the fact that I am not a developer. This is speculation on my part based on what I have learned through countless hours of scouring lines and lines of repositories. With that being said, you can see in the comments of the commit link below verbiage stating cros(Chromium OS) tests being ran on Android. More specifically, tests on Marlin, Bullhead and Angler (New Pixel Phone, Nexus 5x and Nexus 6p).

Again, I do not know exactly what those tests entail. Nor do I know what the endgame is. But, these newest findings only reinforce previous findings earlier this month.

We had previously reported on the possibility of Google reinventing their infamous Android tablet the Pixel C. Reinventing may not be the best description. Google very well may be reviving the tablet to be what it was always meant to be.

We have been tracking numerous commits and bug reports in the Chromium OS reviews for the ‘dragon’ and ‘ryu’ board sets. These are the nomenclatures that are part of the Pixel C.

While testing of legacy devices is common in the repositories, these commits speak of things like Android “containers” as well as Chrome OS events taking precedent over Android and vice versa. The Pixel C was initially rumored to be a Chrome OS device and it seems that it may still find its way to that end.

You can see a few of the commits in the links below.

What does it mean?

That is the million dollar question. While I will not claim to have any real grasp on what Google is up to, I do believe that a common ecosystem is being created for Chrome OS and Android.

What this will look like is anyone’s guess. One operating system? Two running seamlessly in conjunction with each other? Does it matter? What’s under the hood doesn’t mean as much to me as the overall ability of the machine. Chrome OS is my only operating system aside from my Nexus 6P with Android. If the devices I use were all living in a common environment and capable of the same tasks, that’s a win to me.

Could this be history in the making? Can Google successfully meld two operating systems and create something unlike anything we’ve ever seen? The “next big thing”?

I guess we will have to wait and see.

I do know this. The coming months will bring a flurry of new devices, major leaps in the development of Chrome OS, as well as Android in the Chrome OS environment. Personally, I can’t wait. The potential for these two operating systems running together is beyond comprehension. I hope that a year from now we can all look back and say, with stars in our eyes, we never imagined what Chrome OS and Android were capable of.

Until then, we’ll keep dreaming and keep reporting on the world of Chrome as it develops every single day.