You are here: Home / Gaming / How to play your Sony Playstation 5 (or PS4) games from your Chromebook Now that more people are beginning to get their hands on Sony’s next-generation game console, the Playstation 5, I can feel a little less guilty about having received one early on. Between cloud gaming with Stadia, GeForce Now, Xbox Game Pass, and so on, Steam Link Beta for remote gaming, and even as we wait for official Steam support on Chrome OS, there are plenty of options for gaming on Chromebooks, but one thing that’s always been missing is access to Sony’s exclusive titles on the go.

You’d think you just have to fire up Sony’s official Remote Play app from the Google Play Store to fill this gap, but it’s just atrocious. It connects briefly, lags a bunch and shows massive amounts of artifacting, and then drops the connection almost immediately. The last time I tried to connect my PS4’s Dualshock 4 controller to my Chromebook, it went haywire too, adding to my frustrations.

For a long time, I’d given up on using my PS4 outside of my living room, but when the PS5 was released, I began my hunt for a solution anew. After some searching, I found a third-party application that works better than the official offering, and I wanted to share it with you all. Then, I want to take you through the process of getting it set up and running properly on your Chromebook. It’s called ‘PS Play: Unlimited PS Remote Play (PS5/PS4)’ and it’s offered on the Play Store for $5.99 USD by a developer named Florian Grill. If you just want to give it a go, you can find it at the bottom of this article.

I was initially hesitant to cough up the six bucks to try out the app – after all, how could this sole developer create something better than a corporation, right? Well, that’s just it – he did. That’s the world we live in. Companies often struggle to meet the demands of the consumer, and then a consumer comes in and creates something they want to see come to life. Oftentimes, it’s better than what the big guys can make since they have no red tape to cut through to make magic happen. PS Play is like that.

Okay, so after installing it, I found that even on wifi it ran fairly well, but your mileage may vary. I recommend using a Chromebook, Chromebox, or Chromebase with an ethernet connection for the best results. Upon opening the app, you’re met with a screen that asks you to choose between connecting a Playstation 4 and a Playstation 5. I chose the PS5 since that’s what I’m using, but again, this app works great for both!

Then, you’ll need to turn your PS4 or 5 on, visit the ‘Settings’, go to ‘System’, ‘Remote Play’, and then ‘Link device’. From there, just memorize the six-digit code on the screen, return to your Chromebook and type it into PS Play. Please bear in mind that your Chromebook and Playstation will both need to be on the same network for Remote Play to work. Once your code is accepted, you’ll be taken to a screen where you’ll need to sign in to your Playstation account.

Awesome! Now you should be connected and be presented with a message in front of a remote stream of your Playstation titled ‘Gamepad support’. This is just telling you that you can’t use your Dualshock 4 or Dualsense controller via USB-OTG. Basically, because you’re not playing the games directly on your Chromebook, plugging it into your device won’t allow you to control your game console, naturally. You’ll instead have to connect your gamepad via Bluetooth.

Connecting your controller to your Chromebook

To do that, just visit your Chromebook’s Settings app, go to the ‘Bluetooth’ section, and then pick up your controller. Press and hold the Playstation button and the share button at the same time until its light bar blinks rapidly. Looking back over at your Chromebook screen, you should see ‘Wireless Controller’ listed under the unpaired devices section. Clicking it will cause it to jump up to the paired devices section after a moment. Now, your Dualshock 4 or Dualsense controller should be connected! Again, I’ve had issues with the PS4 controller, but the Dualsense connects and works flawlessly.

Hop back into the PS Play app, hover over the top left of the screen, and click the back arrow that appears. You’ll be asked if you want to disconnect from your remote play session. We’re going to go ahead and do so for a moment, but don’t click the option to put the console into rest mode since we’ll be right back! Click the hamburger menu at the top left of the screen to slide out the menu and choose ‘Settings’.

We’re going to toggle a few things here in the app’s settings so you can get the best experience. You probably noticed that your connection quality was blurry just a moment ago. That’s because the app defaults you to a stream quality that’s appropriate for your internet bandwidth. If you’re on wifi like I am, it is set to 540p resolution. Visit the ‘Streaming’ settings and choose ‘Resolution’. Change this to 1080p.

Next, scroll down to the ‘Streaming Gamepad Layout’ section and untick the ‘Show on-screen gamepad layout’ box. This will cause the virtual joystick and all of the other buttons to disappear from your game session. This is important since we’re not playing with touch – we have a real Playstation controller connected!

Lastly, if you’re noticing that all of the buttons for your favorite game aren’t working exactly as they would if you were playing directly on your living room TV, then you can visit the ‘Button mapping’ section to create profiles for each game or type of game! This was a nice surprise that I ran into when Final Fantasy XIV’s confirm and back buttons were reversed for me. There are tons of other settings that make Sony’s official Remote Play app look like a child’s toy, so I encourage you to check them all out before you begin playing!

Voila! After clicking ‘Local connect’, you’ll be returned to your gaming session where you can then choose a title to fire up! Your screen should be clean and free of any UI elements from the app, and your stream should be high quality. There is one disappointing thing that you should know, however. If you’re one of the many people utilizing Playstation Now to gain access to over 900 games on your console, you can’t use them via remote play. That would technically be you streaming a stream, and Sony just doesn’t allow it, so you’re restricted to the games you’ve installed on your Playstation 4 or 5 locally. I recently picked up a 5TB external HDD from Best Buy for just a hundred bucks though, and it’s allowed me to greatly increase the number of games I have ready to play.

Above, you can see me playing Final Fantasy XIV on my Pixelbook Go. If you want to use PS Play outside of your home, you’ll have to set up the ‘Remote connect’ option which requires some additional router information. Again, aside from my crappy wifi connection, the experience is darn near flawless. I wouldn’t recommend playing any twitch shooters or participating in any raids on your Chromebook without ethernet, but it’s still great to have access to yet another library of games on the go while being able to check your email and perform other tasks in between slaying creatures and leveling up.

My hope is that Sony one day follows in everyone else’s footsteps and provides at the very least its PS Now service through the web browser, but having access to a Google Play version would be neat too. For now, tapping into your purchased games and adventuring a bit using this awesome app is definitely worth it. Let me know in the comments if you’ll be setting this up or if you’d like for me to run down some more Chromebook gaming options step-by-step. 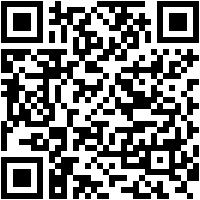