Have you ever heard of a “Dystopian Document Thriller”? No? That’s because an indie game called ‘Papers, Please’ invented it. In the same way that Death Stranding made walking exhilarating (depending on who you ask), developer Lucas Pope turned checking border crossing papers as an immigration inspector at a border checkpoint for the fictional communist country of Arstotzka into something much deeper than the task itself. In fact, it’s a socio-political commentary on communist police states (technically, communism is stateless) and the human condition.

The communist state of Arstotzka has just ended a 6-year war with neighboring Kolechia and reclaimed its rightful half of the border town, Grestin.

Your job as immigration inspector is to control the flow of people entering the Arstotzkan side of Grestin from Kolechia. Among the throngs of immigrants and visitors looking for work are hidden smugglers, spies, and terrorists.

Using only the documents provided by travelers and the Ministry of Admission’s primitive inspect, search, and fingerprint systems you must decide who can enter Arstotzka and who will be turned away or arrested.

In Papers, Please, you’re tasked with making difficult decisions that straddle the moral and ethical line, determining the outcome of not only individuals, but entire families attempting to gain passage through the checkpoint. I know, all pretty heavy stuff, right? Oh, and if you don’t properly check papers and accidentally admit enough people who aren’t supposed to cross (smugglers, spies, and terrorists), then your character suffers the consequences if you know what I mean.

Why would you want to play this in a game then? Well, as with anything else that challenges our critical thinking faculties, it requires you to do just that, making it incredibly fun or at the very least, intriguing on a new level.

If you’d like to see the development process Lucas Pope implemented to port the game over to mobile, you can check out his blog post. There was also a short film made of the concept the game employs, and you can watch the video below to see his journey with all of its ups and downs during the creation of the game.

I actually happened upon it via this clip from YouTuber ThatGuyGlen who has loads of entertaining gaming history videos on his channel. Truth be told, the only thing more interesting than playing the game and experiencing it directly is the story of how Lucas came about the idea for it and began building it out, so I would encourage you to take a look! 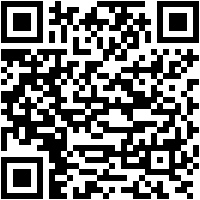