You are here: Home / Apps / This Week In Chrome: Family Link For Chrome OS, New Samsung Pro, Chrome 66 And More 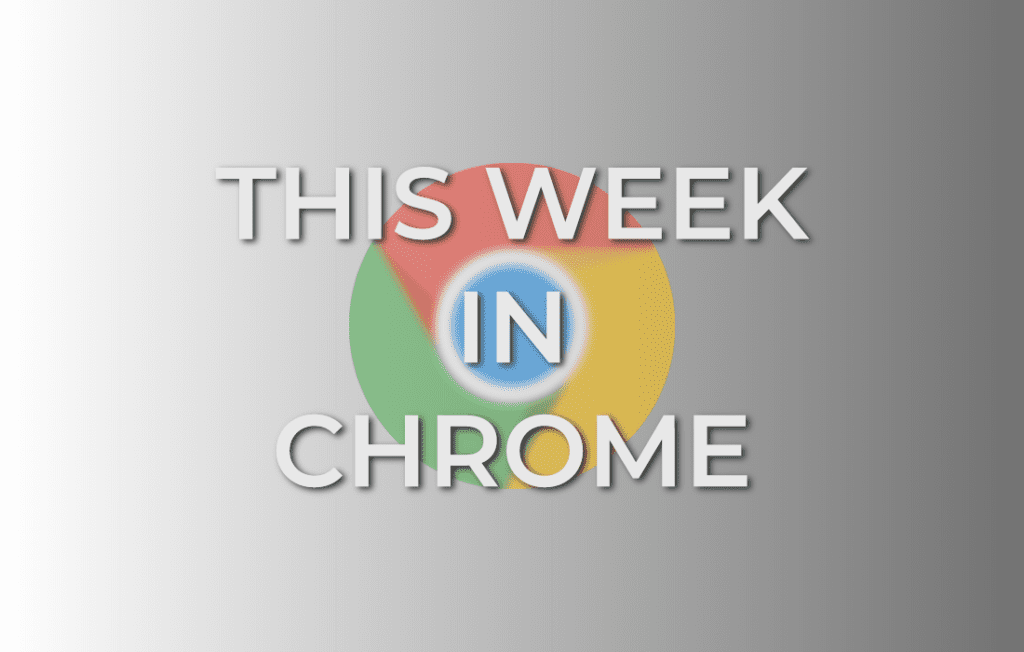 It’s been a busy week (actually two) here at Chrome Unboxed and we’ve got a lot of ground to cover. So, withouth furhter ado, let’s dive into all that’s new in the world of Chrome.

After the recent demise of Supervised Users for Chrome and Chromebooks, thousands of parents were left looking for a suitable alternative to manage their children’s online usage. While platforms such as Mobicip offer many rich features, there hasn’t been one particular alternative that checks off all the boxes parents are looking for to supervise devices.

Quietly, Google has rolled out Family Link for Chromebooks and while it is still a work in progress, we now have a free application to monitor and control our kid’s Chromebook time.

Be sure to check back Monday and see our full walkthrough on how to set up a Family Link account from start to finish.

Note: Setting up a Family Link account on a Chromebook will completely restrict access to the Play Store for the child’s account. We aren’t sure if this is something that will change in the future. Additionally, Family Link for Chrome OS is currently only available in the United States.

You asked and Samsung answered.

More than a year after its announcement at CES 2017, Samsung has refreshed the Samsung Chromebook Pro by adding a much-needed and much-beckoned for backlit keyboard. Apart from the illuminated keys, you won’t see any difference in the new Samsung but we’re thankful that Samsung was will to make this minor update that brings added value to the Pro.

Check out a pic of the new Samsung from reader Jesse S.

Just a few weeks ahead of Google I/O, the desktop version of Chrome has updated to version 66 and with it comes the default muting of Autoplay content as well as some experimental Oculus support for using WebVR.

Exciting stuff but what gets us geeked is that this release means that Chrome OS 66 won’t be far behind and we’re expecting a lot of big things in this version that should roll out towards the final days of April.

Find out more at the Chromium blog.

A lot of buzz has been heard surrounding this obscure finding from the Chromium Repository. Still little is know about what “OS” the Pixelbook could dual-boot or who the feature will be available for if anyone.

Many have speculated that the Pixelbook may soon be capable of running Windows and while that is possible, I still hold that this will be a developer-focused function allowing for a Linux distro. I also don’t believe that this will be a consumer-facing feature. At least, not for now.

In the files of these “AltOS” commits, there is a reference to Developer mode being enabled. While this isn’t an uncommon practice, it disables Verified Boot which is at the core of Chrome OS’ secure nature. I don’t see Google telling the general public they can run multiple operating systems on their Chromebook’s if it comes at the cost of security.

Your avatar for Chrome OS should be as unique as you are and now, it can be. The ability to make a quick GIF of with your Chromebook’s camera has now come to Chrome OS. To find out more, check out Robby’s video below.

Rounding out the news is a device we have been anticipating for the better part of a year. HP changed the world of Chrome OS with the release of the first detachable Chromebook.

The Kaby Lake-powered beauty will be available in early June and we’re anticipating getting some hands-on time in the very near future. With a price of $599, the HP Chromebook X2 is looking to take on the best devices on the market and very well could be a contender for best device of 2018.

We have a lot more news to come over the weekend so stay tuned and up-to-date here at Chrome Unboxed.