You are here: Home / Android / Here are all of the Netflix Games that you can play on your Chromebook Last month, Netflix revealed on its blog that it’s getting into the gaming space, and because of this, Chromebook owners can enjoy the first fruits of that labor. While there are no streaming games at this time, anyone with an active Netflix subscription can visit the Google Play Store or the Android app version of Netflix on their phones or Chrome OS devices and download any of the 10 games that are on offer.

The games are only available on regular profiles – not kids’ profiles – since they have some mature content, even though they look fun and casual. If you’re familiar with Stranger Things, then you’re aware that I’m referring to that series when I say it’s not for the kiddos.

They’re available in several languages and can be played on all of your mobile devices simultaneously, so long as you’re within the device limit for your account. You can boot up any of the games that Netflix provides even without an internet connection since they’ll be downloaded to your local storage, but if you do choose to play them on your Chromebook, keep in mind that many of these load up in phone view. Above all, I’m interested in knowing what you all think about the company getting into more interactive content.

Because it began with Bandersnatch – an original movie that let the viewer choose what the protagonist will do and to alter the story – I had a feeling that they would take that idea further. Creators like Hideo Kojima of Death Stranding and Metal Gear Solid fame believe that the line is being blurred in such a way that one day you won’t be able to tell the difference between a movie and a videogame, and I’m inclined to agree. Obviously, these games today aren’t anywhere near that quality, but it’s still exciting to have more to play! 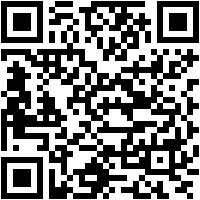 Join Hopper and the kids for bruising missions around Hawkins — and the Upside Down — in this stylized retro adventure filled with collectibles.

– It’s 1984 all over again. Experience an action adventure game just like the ones our heroes would have played back in the day.

– Solve puzzles with the unique abilities of each character. Lucas can nail anything with his Wrist Rocket. Nancy has an entire collection of bats to swing this time.

– Collect all the Eggos and gnomes you can lay your hands on. You never know what they might unlock. 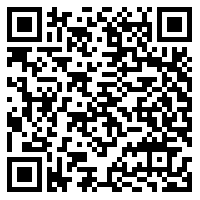 Windmills, schwindmills! In this mini-golf game, bizarre and beautifully constructed courses shift and evolve before your eyes.

Wonderputt Forever brings a pocketable nostalgia trip to places you’ve never been before. A mini-golf game where you must plan your shots carefully and sink the ball into each unique hole. With each completed level, the courses come to life, shifting and changing to prepare for the next. Play \”Forever Mode\” and get the fun going through hundreds of geometric theme holes as you unlock rewards. Fight your way through a pixelated Hawkins as 12 playable characters from Stranger Things 3. Team up with a pal or dare to enter The Upside Down solo.

Stranger Things 3: The Game is the official companion game to the third season of the hit original series. Play through familiar events from the series while uncovering never-before-seen quests, character interactions and secrets! This adventure game blends a distinctively retro art style with modern gameplay mechanics to deliver nostalgic fun with a fresh new twist.

Just like in the show, teamwork is at the heart of Stranger Things 3: The Game. Fans can team up in two-player local co-op to explore the world of Hawkins, solve puzzles and battle the emerging evils of The Upside Down as one of twelve beloved characters from the show. 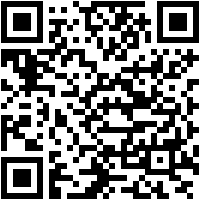 Charge through canyons, drift across dunes and rocket past your opponents in this extreme off-road racing experience. Forget everything you know about racing — all you need are your instincts and a fearless desire for speed.

The rest of the games