You are here: Home / Apps / iPhone and iPad users can now download Google TV from the Appstore Apple device users have been forced to buy and rent movies from the web in order to cast them to a Chromecast since, well, forever. On Android, the Google TV app came out immediately alongside its release on smart TVs, so the experience for buying content and casting it is pretty seamless. I first noticed this when my fiance wanted to rent something to cast onto our TV and I told her to simply install the app and carry out the checkout process only to realize that it wasn’t even available to her.

Now, Google is filling the gap with the release of Google TV for iOS which just hit the Appstore minutes ago! With it, anyone using an iPhone or an iPad can get recommendations from across apps, create a Watchlist for their discoveries, See movie and show ratings, Highlights, and even use their phone as a TV remote!

With this new app rollout, Google can target millions of iOS users and potentially sell more Chromecasts with Google TV as well! That simple disconnect of not having access to the experience on their phones makes them fail to consider using Google’s TV streaming dongle at all – trust me, I’ve experienced this in my own home!

As anyone already using the app will know, Google TV consolidates all of your streaming services into one place and makes it much easier to watch, bookmark content for later, and more. I’m super excited for you all to install and use this now that it’s available, and you can do so just below. It was supposed to launch last week, but Google decided not to make the announcement in an effort to be sensitive to what had occurred in the news recently.

Are you going to try out Google TV for iOS, or do you have only Android and ChromeOS devices? Let me know in the comments, and if you have anyone in your family that uses Apple’s tech, you should let them know about this! The Google Play Movies & TV app is likely going to be converted, so there should be no need to uninstall it. 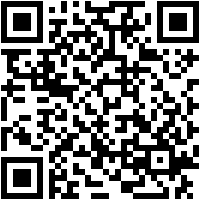