You are here: Home / Gaming / Stadia’s technology will go on to do greater things, but no one really cares anymore 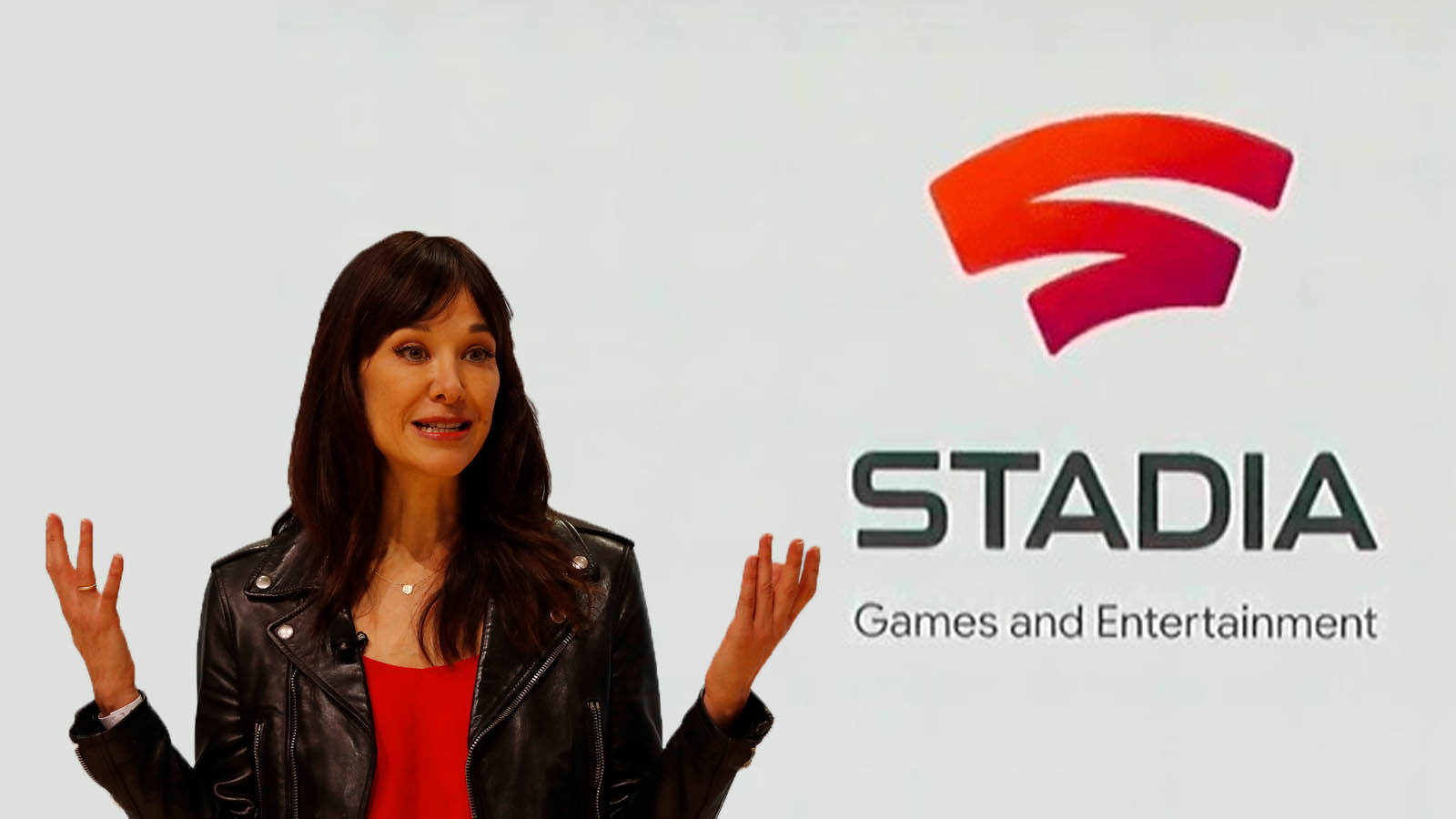 If the “hailstorm” on Twitter is any indication, you’ve all already heard the news that Google is officially “winding down” its cloud gaming service, Stadia. Across the board, there are mixed emotions and while we covered all of the details regarding game and hardware refunds, access to your Pro library, and more yesterday, I wanted to take some time today to discuss what Stadia’s apparent “death” means for the future of cloud gaming and for Google as a whole.

The truth is that Stadia isn’t technically dead. It won’t even be dead in January when it’s set to disappear from the public eye. I mean, the consumer end of the service is being “sunset”, but the technology behind it is alive and well. Despite this, Google has burnt a lot of bridges, and I can’t help but feel some sort of way about it.

What’s simultaneously a shame and incredible is that Stadia’s infrastructure actually works, and in fact, it works better than its competitors. It’s responsible for carving the path that others are now walking, giving cloud gaming a bright future that many other companies now believe in, and offering an admirable and competitive revenue split for developers. That’s not to mention the wonderful community management team that it built and maintained for its fan base (Shout out to Grace Yang, who left not long ago).

The essence of “Stadia” – Immersive Stream for Games – will be licensed out to other companies and will continue to influence the future of cloud gaming as well as YouTube, AR, Google Play, and more, according to a statement from the grim reaper himself, Phil Harrison.

The underlying technology platform that powers Stadia has been proven at scale and transcends gaming. We see clear opportunities to apply this technology across other parts of Google like YouTube, Google Play, and our Augmented Reality (AR) efforts — as well as make it available to our industry partners, which aligns with where we see the future of gaming headed. We remain deeply committed to gaming, and we will continue to invest in new tools, technologies and platforms that power the success of developers, industry partners, cloud customers and creators.

Google claims it’s found great success in this B2B approach, and while we still have little to no idea what this encompasses beyond its Capcom and AT&T deals – one of which is no longer being offered – that’s the road it’s decided to go, apparently. Applying this tech to YouTube, AR, and Play – exciting. I guess I just figured that it would wait until this idea was much more fleshed out or that the shift to it was much more obvious before pulling the plug on its loyal fans, but who am I kidding?

But does it really matter anymore?

Now, we’re left to pick up the pieces, asking ourselves if Immersive Stream for Games even really matters. You see, Stadia represented quite possibly the last time that the average consumer would dive in head first and trust Google without pause. Many of us in the industry and many bleeding edge users were already aware of the company’s dwindling consumer trust, but pulling the plug on Stadia – a service enjoyed by regular people and responsible for bringing older or more jaded gamers back into the fold – means that far more people are now aware of Google’s tendency to give up on apps and services (even after custom creating hardware for them) and to innovate recklessly forward.

The skeptics saw early on when Stadia Games & Entertainment – Google’s in-house game studio – was shuttered that something was amiss behind the scenes. However, true believers stuck it out and preached the future of cloud gaming from the rooftops, eloquently stating that Google was ahead of the curve, and ahead of its time. Content creators have dedicated thousands of hours streaming Stadia games and building entire YouTube channels and brands around the platform only to be let down by the search giant yesterday.

What’s absolutely astonishing is that Stadia itself, not six months ago, stated clearly in a tweet that it was not going anywhere and that it would remain committed to the original long-term investment into cloud gaming that it had itself set in motion. Clearly, this tweet hasn’t aged well, but the truth of the matter is that the person behind the tweet likely didn’t know what the future would hold.

Based on my time working closely with Google prior to Chrome Unboxed, there’s one thing I know above all else – the company is run on a need-to-know basis, and in that regard, it’s very much like the military or other corporations. This may also explain why Google had plans to expand into other countries and why many developers have come forward today revealing that they were working on Stadia games and have now been blindsided by the announcement.

Google has burnt a lot of bridges

That actually brings me to what is arguably Google’s greatest sin not only across Stadia’s closure but also across its entire identity as a company – its poor communication skills. For a company that has innumerable efforts and apps centered around communication, it didn’t even have the courtesy to forewarn its own Stadia team that they would all be losing their jobs until 45 minutes before the official announcement went live yesterday. That really pisses me off.

While I know that this approach keeps people from dipping early (something they deserve to do), it’s still unethical, in my opinion. Actually, the entire situation could have been handled with more grace, and how poorly it was executed reveals how out of touch Phil Harrison and the higher-ups are with the Stadia community, its partnering developers, and content creators. It’s so very disappointing, but it’s not at all surprising. Google moves at breakneck speeds to innovate, hardly ever slowing down to consider whether something was truly a good move or not or how it affects the people who are building its foundation.

Stadia YouTubers will now have to pivot their channels, and yes, they probably should have avoided niching down too much, it still sucks. Developers who were creating games for Stadia will now have to shutter their project arms, and Stadia team employees are being moved to other parts of Google. My heart goes out to the team members who will not be so lucky and will be looking for new jobs this week, and I certainly hope they land on their feet!

In the meantime, Google will continue to do what it does best – being a connector of information and fulfilling its mission statement to organize the world’s information and make it universally accessible and useful. Doing anything outside of that will fail unless it invests for the long haul as it did with ChromeOS and unless that thing it creates can’t be untangled from its DNA. Google will never have a problem pushing the world forward, it will just eventually have a problem with asking people to go along with it to that future, and I believe we’re beginning to see that happen.

Even if Immersive Stream for Games goes on to influence the future of cloud gaming, it doesn’t really even matter. Google has burnt enough bridges with consumers and creators alike that whatever it thinks up next will have less and less positive reception, and that alone is enough to perpetuate the cycle of products and services dying to little fanfare. Stadia was about the “stadium” of fans, the hype, and the community, not just the tech, and I think the armchair managers up top failed to understand that.

Stadia was just another Halo project

Just like Pixelbook, just like its other products, Stadia fulfilled its purpose. Google is a trailblazer, but not one that necessarily walks the path it creates. It shows others the way and points them there – that’s all. Most people see this as a waste of potential for such a large, innovative corporation, but it is what it is, and while I agree, I don’t at all see this changing. Hell, Stadia is proof of that. By the time Stadia launched, Google’s reputation was already damaged, and you would have thought they would have taken this opportunity to do things differently.

Some good did come out of it though, and as previously stated, the community management team for the gaming platform was top-notch. If Google doesn’t carry that spirit of living among its fans and followers into other parts of the company, it’s missing a wonderful opportunity.

Additionally, Stadians who invested a bunch of money into cloud gaming over the past four years have a fat stimulus check coming to pay for their next gaming habit. The only bummer is that now, there’s no central place to access all of your cloud gaming titles except through a Google Search. We’ll see if that changes in the near future, but Google isn’t really one to tie itself down to a brand as opposed to information and infrastructure, so whatever comes next may look very generic or open and inclusive to other brands as usual.

One thing that I simply don’t agree with is channels spouting nonsense that Stadia “dying” is good for the industry or for the future of gaming, yet we’re seeing that narrative pushed all over social media this week. Any access to games, regardless of brand, is a win for gamers and toxic behavior like what you see below is just absolutely absurd whether or not Stadia remained.

The fact of the matter is that Google’s failure stains all of its future business partners who work with Immersive Stream for Games and even cloud gaming’s reputation as a whole. Gamers aren’t going to dive head first into anything going forward. In fact, I can foresee Amazon Luna and other services losing a ton of subscribers to this news, and Stadians certainly aren’t going to adopt it as a counter measure – at least, not en masse.

In the end, Stadia had a golden opportunity to push the industry forward with its massive, powerful servers, boatloads of money, and its influence. While it certainly did that, we must remember that in business, trust is more important than technology. Despite what the company may think, it’s true, and it’s likely lost that trust forever as a result – at least in the gaming industry. The least it can do is convert its controllers to Bluetooth classic compatible if possible via a firmware update, and push refunds to customers before Christmas instead of after.

Chrome Unboxed will continue to cover Android, cloud gaming, GFN, Xbox, and anything focused on web-based gaming! The future for cloud gaming is bright, it’s just going through its awkward haircut stages right now. I’m still extremely excited for what’s to come and will be here to inform you along the way.

Hopefully, Sony will create a PWA for PlayStation Plus Premium so it can better compete with GFN, Xbox and Luna. My passion for gaming isn’t centered only around Stadia, but it was the most exciting out of the bunch for me. With Stadia effectively gone as we know it and me canceling my Google Play Pass, we obviously won’t be covering any Google-based gaming services, but there’s plenty of other exciting stuff to talk about, so stay tuned!