You are here: Home / Accessories / Google’s new Pixel Buds work quite well with Chromebooks with one big drawback 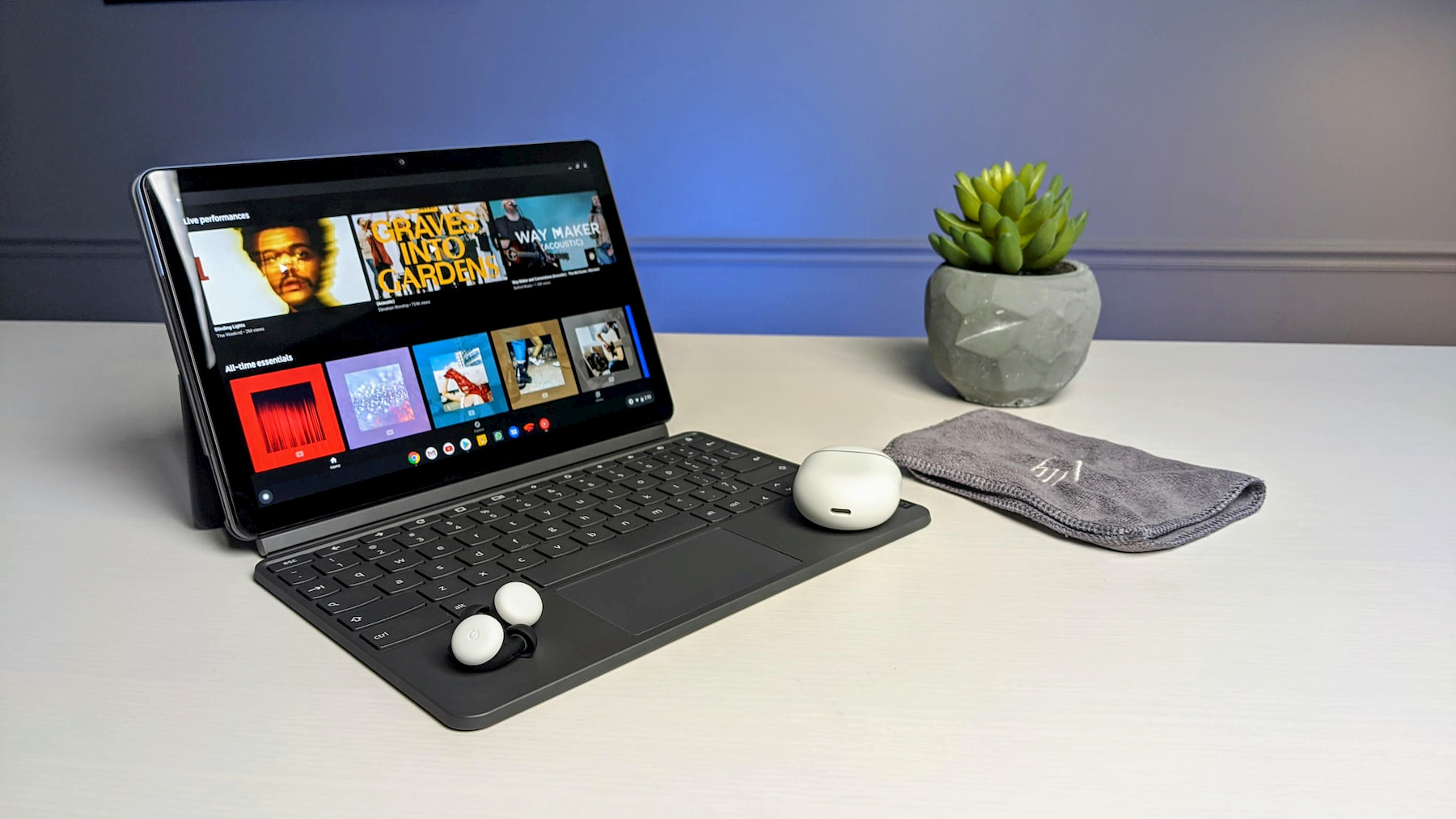 Earlier this month, I wrote a post speaking to the lack of Android Fast Pair functionality between the new Pixel Buds and Chrome OS. With the idea of Fast Pair giving users a way to tie Bluetooth devices to their Google account for use in multiple places on multiple devices, I was hopeful that after pairing up my Pixel Buds to my phone I’d have quick access to them on my logged-in Chromebook as well. No dice, there, but that didn’t stop me from pairing up the buds the old-school way to my Pixelbook Go and using them there, too.

To do this, you simply need to drop the earbuds back in the case, hold the button around the back side for a few seconds until the LED starts to pulse, and then open your Bluetooth settings on your Chromebook. Select your Pixel Buds from the list of devices to connect to and you’ll be up and running. Even better, after this is done, you can open up the Bluetooth device list on your phone and simply select the Pixel Buds to jump back to that device. This works both ways, so if you need to hop over to your Chromebook after being connected to your phone, simply open your system tray, expand the Bluetooth menu, and connect back to the buds from there.

That takes care of pairing and moving between devices, but what about actually using the Pixel Buds on a Chromebook with touch controls? Well, that is mostly good news, too. Once connected, the ability for users to play/pause the track with a tap on either earbud works as expected and the volume swiping works perfectly as well. Additionally, the in-ear detection also signals your Chromebook to pause playback if you pull either earbud out while there is media running. All-in-all, I don’t feel like the experience is too different from using these earbuds with my phone and that is a good thing.

When trying to call up the Assistant with the long press of either earbud when connected to a Chromebook, however, nothing happens. You hear the same chime as you would when connected to your phone and it sounds like the earbuds are trying their best to summon some help, but it looks like Chrome OS doesn’t really know what to do with that request at the moment. To be sure it wasn’t just the Pixel Buds, I attempted the same action from my Razer Hammerhead earbuds and the same thing happened: absolutely nothing.

Perhaps this is part of the equation Google will clean up for a future Chrome OS update, but we’ll just have to wait and see on that. For now, you need to know that if you are buying the Pixel Buds primarily for the Assistant on your Chromebook, things aren’t really working. If, however, you are buying the Pixel Buds for a great earbud experience with a side of Google Assistant thrown in, you’ll be pleasantly surprised at how well these earbuds work with both your phone and Chromebook for the majority of things most of us do on these sorts of devices. They are the first earbuds I feel confident using on both my Pixel 4XL and my Chromebook without worry that I won’t be able to switch when needed. Along with most of the gesture-based navigation working, I’m loving the experience so far on Chrome OS and, with ‘Feature Drops’ coming down the road, it should only get better from here.