You are here: Home / Gaming / Forager Mobile just released for your Chromebook and it offers hours of procedurally generated fun Forager is a highly popular and quirky game where you explore, craft, gather and manage resources, find secrets, and build your base out of nothing. The interesting mechanic here is that once you get enough money, you can purchase another entire plot of procedurally generated land in any direction of your current space and snap it to your existing landmass to extend your gameplay and exploration. It has simple but cute graphics and addictive gameplay. There are tons of enhancements you can work towards too – sort of like a skill tree or progression system.

When I first heard that this game was coming to mobile, I stopped planning to buy it on my Switch. These are the types of games we need on-the-go to keep us busy, right? Pretty exciting. Besides, it’s $19.99 on the Nintendo eShop, and only $7.99 on the Google Play Store! So for a fraction of the price, you can have the same exact experience on your phone or Chromebook.

I’ve already sunk a handful of hours into it on my Lenovo Chromebook Duet and let me tell you, someone’s going to have to confiscate my device so I can sleep at night. I’m not even kidding – harvesting and crafting resources in this game is akin to titles like Minecraft, Stardew Valley, and others, and it’s literally designed to be addictive.

Developer HopFrog games and publisher Humble Games announced that Forager mobile would not be releasing on September 23rd as originally planned. The original announcement for its mobile port was last April and with a year of development on an already established and released title, the delay came as a bit of a shock. Instead of playing Forager mobile three months ago, we were told it would release in early 2021. Luckily for us, that finally got pushed up and now it’s available as an early Christmas present.

Forager has sold more than 600 thousand copies to overwhelmingly positive reception. It has about 15 hours of gameplay, but you can probably space that out a bit since we tend to play mobile games – even on our Chromebooks – in smaller play sessions. Replayability is essentially infinite thanks to the aforementioned procedural generation, so have fun! 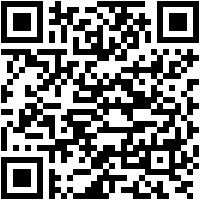