You are here: Home / Gaming / Deal Alert: The Lion’s Song, Agent A: A Puzzle in Disguise and more in Google Play Games sale this week! This week we have some pretty special games on sale for you to play on your Chromebook or Android device! We’re particularly excited about reviewing The Lion’s Song soon, which is one of those unique games we’re always in search of. It focuses on the struggle of creativity, human connection and inspiration. As a game developer, this strikes close to home for me! Its unique mechanic looks like it may visualize the protagonist’s creativity which intrigues me.

We also have Agent A: A Puzzle in Disguise, which is a point and click game and Railways, which is a timing based train game. Several Square Enix games are still on sale from our last deals post too. There are other great deals as well, so be sure to check them out and let us know in the comments what you decided to grab! Happy gaming! 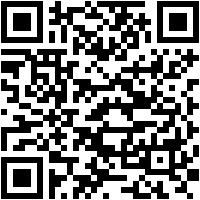 The Lion’s Song is an episodic adventure game created by Vienna-based independent developer Mi’pu’mi Games. The Lion’s Song is steeped in early 20th century history and focusses on a cast of Austrian artists and scientists with each episode taking a closer look at their intimate struggles with creativity and inspiration. Each episode follows a different character, that possesses an exceptional mind and the game draws players into a story of personal struggle for creativity, human connections and inspiration:

A talented composer suffering from writer’s block just before her breakthrough concert, an up-and-coming painter growing through his challenges and a brilliant mathematician trying to make her voice heard in a men’s world. While episode 4 will take players on a mysterious train journey that connects the storylines of all previous episodes. Emotions will run high as players make connections with each character, and work to navigate and experience their lives in different ways with different outcomes.

The choices players make in this episode will have a direct impact on the storylines of all future and past episodes, connecting The Lion’s Song to one overarching narrative. The decisions made will ultimately determine if the protagonists find the success they are working for.

Agent A: A Puzzle in Disguise 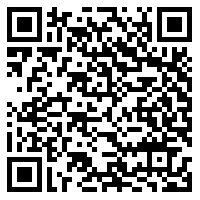 A suave secret agent escape room. Use your Bond like detective skills to infiltrate enemy spy Ruby La Rouge’s secret hideaway and put a stop to her evil plans before she escapes!

Are your secret agent skills on point? Find out as you assume the role of Agent A in this award winning indie point & click adventure full of retro futuristic contraptions, hidden objects, gadgets and clever logic based puzzles. But do be warned… Ruby La Rouge is no spy to be taken lightly! Explore a labyrinth of perplexing puzzles in this quirky game of cat and mouse that’ll have you wondering whether you’re the cat… or the mouse!!

Notice something strange or out of place? Making mental notes and observations (like a good secret agent) will aid you in solving tricky puzzles later on. As you explore Ruby’s secret hideout, collecting hidden objects and using them cleverly is crucial in unlocking a trail of puzzles leading you ever closer to your target! Railways features minimalist and artistic elements merged in an immersive experience where the perks of a train trip are emphasized: astonishing landscapes observed at slow pace. Each level will bring a new challenge to the track, more chaos and of course clever moves from your side. All aboard! This train is ready to depart!

How much time can you keep the trains moving? Find out now!

This new game by Infinity Games is a magnificent train simulator where patience is a virtue. In order to succeed, you need to wait for the right moment and use your skills to drag the trains from one railway to another. You know that you will lose if the trains collide but you also know that you have all the time in the world to make a smart move. Furthermore, you can also stop the trains for a while.

If you have the patience of a monk, you will have a great time with Railways!
If you are an impatient person, you can use Railways to improve those skills!