You are here: Home / Gaming / Deal Alert: The First Three Dragon Quest Games Are On Sale Right Now and You Really Should Try Them Dragon Quest was one of the very first JRPGs to popularize the genre in the mid 80’s and has had 11 major games in the series so far with an incredible amount of trans-media spin offs as a result including a Minecraft style game called Dragon Quest Builders which has become quite popular in its own rite.

This week we’ve had a lot of interesting games go on sale, but by far the best ones here are Dragon Quest I, II, and III. Luckily for us, Square Enix has decided to put them on sale across both the App Store and Google Play.

Now, you may be asking yourself, why does this series look like Dragon Ball Z? Well, that’s because the same famed artist, Akira Toriyama is responsible for the art in both series. Being that I grew up with Donkey Kong and Mario and my parents weren’t able to afford Zelda, Dragon Quest and Final Fantasy, I never got a chance to play the series until I got my first phone. I’ll be honest, the moment I started the game I shut it down and uninstalled it. Three times over the past several years I’ve tried to play Dragon Quest and just haven’t enjoyed the gameplay style. However, now that I’ve played a lot of old school first person dungeon crawlers like Delver and such, I can more appreciate the approach here. I may even be willing to work through some of the elements I may not be particularly fond of so that I can enjoy the better parts. Maybe being in quarantine for so long has gotten me to crave story driven roleplaying games more than usual. Who knows.

All three games are currently twice the price on Switch, so this is quite the bargain. My guess as to why these three remain on sale when several other entries no longer are is that Dragon Quest I, II and III make up what is called the Erdrick Trilogy. These titles share a similar setting and timeline, and feature a recurring theme of a bloodline chosen by divinity to repel diabolical forces that want to conquer the kingdom of Alefgard. The eponymous series takes its name from Erdrick, the original savior of the land.

Since you can get over 30 hours of gameplay out of the three combined for only $12.99, I’m going to be adding them to my collection. The more prominent mobile gaming becomes and the busier my life gets, the more I can accept the idea of vertical gameplay. It just seems more accessible for a quick pick up and play session while horizontal gameplay feels more immersive and focused to me. I can also play one handed – Bonus points! These games certainly won’t be everyone’s cup of tea, but you really should try them to make sure you’re not missing out on a series that’s stood the test of time and become known and loved by millions.

The peace of fair Alefgard has been shattered by the appearance of the nefarious master of the night known as the Dragonlord, and the Sphere of Light which for so long kept the forces of darkness in check has been stolen!
It’s time for you, a young warrior through whose veins flows the blood of the legendary hero Erdrick, to set out on a quest to vanquish the Dragonlord, and save the land from darkness! 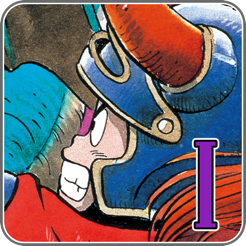 A century has passed since the events of DRAGON QUEST, during which time three new nations have been founded by the offspring of the great hero of Alefgard.
But the peace they have long enjoyed is no more. Demon hosts summoned forth from the darkness by the fallen High Priest Hargon have brought the land to the brink of ruin once again.
Now, the young prince of Midenhall—a descendant of the legendary warrior Erdrick—must set out to find the two other heirs to the heroic bloodline so that together they might defeat the nefarious Hargon and restore peace to their world. 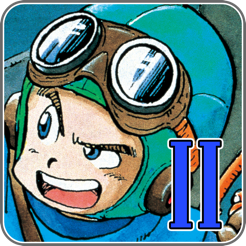 On the morning of their sixteenth birthday, the child of Ortega, hero of the land of Aliahan, is charged with a seemingly impossible task by the King himself: to slay the Archfiend Baramos, master of darkness!
What trials await our intrepid hero as they set out to take on a quest not even their legendary father was strong enough to complete? 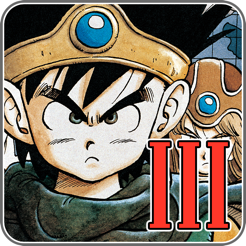