You are here: Home / App of the Week / Boom Slingers – Battle Cards is a ridiculously fun time sink full of nostalgia Don’t let this simple, cute looking game deceive you – it’s actually a really fun and quirky time sink that I stumbled upon completely by accident. I was browsing the Play Store on my Lenovo Chromebook Duet (totally not a shameless plug, right?) when I came across it in the Early Access section. Boom Slingers, besides having a really cool name, has really cool gameplay. It reminds me a bit of Angry Birds where you pull back on your characters to, well, sling them at your opponents who are spread across the level like classic Worms and Jagex’s Arcanists from back in their FunOrb days. Only in this game, you sling spells that you collect from cards and your opponents are other real players! Every round you play, you’re paired with a ‘worthy opponent’, but don’t be afraid to try it if you’re not one for competitive multiplayer – The players are just cute little creatures and everyone has the same ability to collect new spells and use them.

When you win, you collect these cool little acorn capsules like you would normally get out of a 25 cent machine when you were little and then you pop them open to get 50+ new character skins and a bunch of emotes and spell cards. Then, you swap out what spells you will have as a part of your deck before hopping back into battle. Rounds are relatively quick as it’s 3v3 and gameplay is easy to perform, but tricky to master.

Okay, so here’s my favorite part. All of the game’s sound effects are done with the developer’s mouth! Yep, talk about saving money. As a game developer myself, I’m definitely doing this for my next game. Also, it takes me back to when I was a kid and played pretend with my toys – it’s pure genius! The soundtrack is extremely catchy too. I actually found myself whistling it all night after playing. You can hear all of the sound and music in the trailer below, but trust me on this one, it’s a fun little laugh to play.

The card gameplay is interesting. It relies on you collecting mana each turn, so later in the round, you can take a lot more action than you can earlier on. The 40+ cards offer you many abilities, including making your character jump and firing a big freaking laser at your enemies. You can also slow time while firing a spell as you jump slowly through the air and drop bombs too. All of the platforms in the level are destructible and there’s nothing more satisfying than sending your opponent for a long drop into the ocean. You can collect and use 20+ emotes which you can fire off at any point in the gameplay to communicate how you feel about being shot with a laser, for example. There are leaderboards and cross-save with Google Play Games integration so you can pick the game up on your phone and then play on your Chromebook later in the day!

Other features include playing against your friends, new daily arenas, in-game currency to buy new capsules with, weekend events and mysteries in the gameplay. I really hope that you try out Boom Slingers after reading this – just humor me, because it’s really rare that I run into something super unique on the Play Store lately, especially with the influx of ‘samey’ games these past few years and I think you’ll have a blast. Also, yes, I totally listened to the game’s theme song on repeat during the entire time I wrote this. 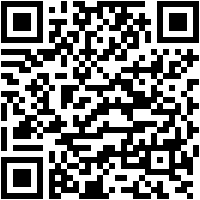