You are here: Home / Gaming / Star Wars: Knights of the Old Republic II – The Sith Lords releases for Chromebooks The original Star Wars: Knights of the Old Republic was released on the Google Play Store a long time ago – six years ago to be exact. Aspyr Media and Lucasfilm ported the entire KOTOR experience to mobile without slimming it down whatsoever. Now, they’re doing the same for the game’s sequel and it’s definitely worth a look.

KOTOR II, as it’s affectionately called, is a larger and more in-depth turn-based roleplaying game than its predecessor and is set about 4,000 years prior to the events of the Phantom Menace. This is also the full experience minus those awesome mods. It’s not canon with the mainline series, but you get to play as your own character who must become the Jedi or Sith that they were meant to be by navigating the built-in morality system.

It’s got excellent cinematic storytelling that was unrivaled at its original time of release, though you may install it and realize it looks quite dated by today’s standards. Luckily, that can be forgiven due to its great dialogue, well-developed characters, and – what I think is – fun gameplay. It’s certainly not for everyone, what with its calculated and slow combat (especially lightsaber battles) that’s based on a sort of Dungeons and Dragons dice rolling system, but you may find that trying something new that’s outside of your comfort zone may pleasantly surprise you. Besides – if you don’t like it, you can always just refund it within 48 hours.

The Sith Lords dropping on mobile and Chromebooks may be exactly the right thing for it. Porting older titles to mobile allows them to breathe new life and gain a new player base and KOTOR II is no different. Oftentimes, ported games that were extremely popular at their peak make for the best mobile experiences compared to newer titles that take advantage of the player with micro-transactions and shady mobile practices. Just look at Old School Runescape on mobile to see what I’m talking about.

This is exactly the type of thing that gives Chromebook owners the best bang for their buck and their laptops tend to be the best way to play deeper, slower games like this. Sadly, it uses touch controls only so if you were hoping for a gamepad experience, you’re out of luck unless you use a workaround. If you picked up Star Wars: Knights of the Old Republic – The Sith Lords for $14.99 on the Google Play Store (yes, that title is a mouthful), or have fond memories of it, let us know in the comments. Happy gaming, friends!

Five years after the events from the award-winning Star Wars® Knights of the Old Republic™, the Sith Lords have hunted the Jedi to the edge of extinction and are on the verge of crushing the Old Republic.
With the Jedi Order in ruin, the Republic’s only hope is a lone Jedi struggling to reconnect with the Force. As this Jedi, you will be faced with the galaxy’s most dire decision: Follow the light side or succumb to the dark…

The choices you make will affect your character, those in your party, and those who may join you in your quest. 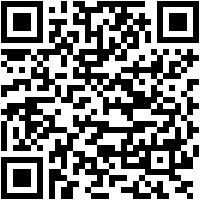