You are here: Home / Apps / Paramount+ is now available on your Chromecast with Google TV The pandemic has fast-tracked mainstream acceptance of major companies having their own streaming service as opposed to routing their offerings through a third-party provider like Netflix as they have historically. Thanks to millions of people still finding themselves stuck indoors, the consumption of streaming media has gone through the roof over the past year. Disney+ has been one of the largest companies to benefit from this and has seen exponential growth thanks to the state of things. Now, CBS All Access has rebranded itself to ‘Paramount+’ and is now widely available via Google TV, Android and Chromecast.

Paramount+ offers the same content as CBS All Access (programs like CBS, BET, Comedy Central, Nickelodeon, MTV, and the Smithsonian for example) but it now features things like the Mission Impossible series, Halo, Sonic the Hedgehog, and much more. There are actually over 10,000 TV episodes on the service! You can sign up right now for just $6.99 per month (with ads). If you’re thinking about jumping on board, now is the time to do so. These companies tend to up the price over time as they gain subscribers and valuate higher.

If you’d like an ad-free experience though, you’ll have to pay another three bucks at $9.99 per month. An interesting model for sure as most companies offer a free tier before asking you to pay the ten bucks. If by chance, you were already subscribed to CBS All Access, you won’t need to do anything as you’re automatically swapped over to the new service and branding at the same monthly cost.

Let’s hear your thoughts – are there simply too many streaming services and subscriptions for your wallet to handle these days? I think it’s a double-edged sword – while we have more to choose from and subscribers can mix and match offerings a la carte, it does seem to be death by a thousand cuts for those who end up subscribing to too many of them. Being that Paramount is the first and most successful Hollywood film studio (established over a hundred years ago!), there’s plenty being offered here that’s worth checking out. 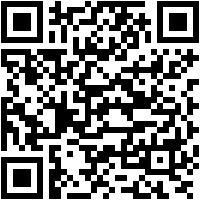