CTL is at it again with yet-another Chrome device headed to the market. The Oregon-based ed-tech company will be unveiling the latest in their line of ultra-rugged NL-series of Chromebooks for Education at the annual ISTE (Internation Science and Technology in Education) in Chicago next week.

The NL7X Chromebook is, in essence, a clone of CTL’s NL7 Appollo Lake Chromebook that was launched back in March. On the inside, you’ll get all the same features as the NL7 and we’ll get to that in a moment but it’s what’s on the outside that makes the NL7X unique among its peers.

Most Chromebook manufacturers produce some shape or form of a rugged device that comes with any variety of “military grade” specs. Whether it’s reinforced hinges, peel-resistant keys, water resistance or what-have-you, it isn’t difficult to find a tough Chrome device that can withstand the abuse of the average school kid.

However, CTL has taken tough to a whole new level with their patent-pending X-Panel that saw its debut on the Braswell-powered Chromebook NL6X. The exclusive “exoskeleton” adds an exterior shell to the already ruggedized Chromebook that is tested to withstand up to 365 pounds of downward pressure on the lid.

That’s a pretty impressive feat and one that gives CTL a major edge over other EDU devices. In environments where Chromebooks see the most extreme wear and tear, the X-Panel could prove to be a powerful tool in reducing the costs of repairs and replacements that school districts must digest each year.

CEO Erik Stromquist is so confident in the Chromebooks durability, he’s putting his money where his mouth is:

Our data shows we reduce screen breaks by greater than 50%. We are so confident in the solution that we include one year of accidental damage protection with the device.

Just to add a little icing to the cake, Erik sent over some “product testing” photos with Ozzie the dog lending a paw to show the strength of the NL7X Chromebook. 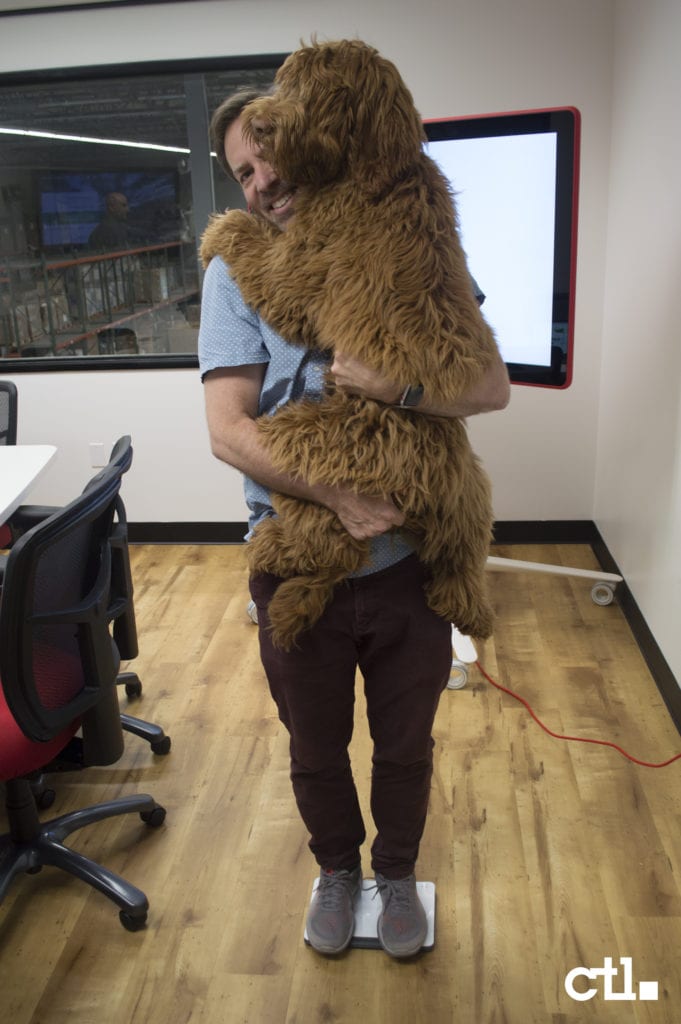 In addition to added reinforcement, the X-Panel’s gloss-white finish doubles as a whiteboard that students can use to take notes or just personalize their Chromebook. 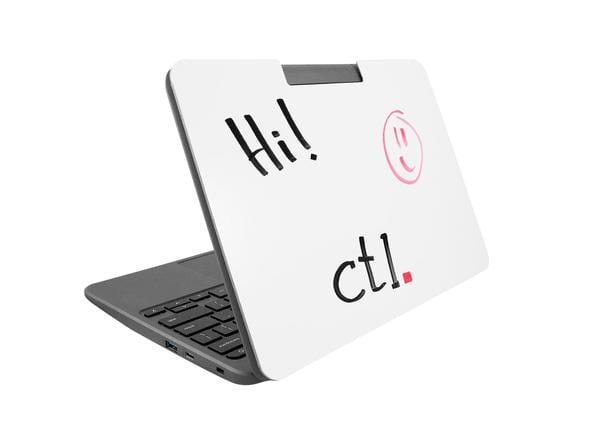 For the education sector, this Chromebook will be an awesome fit and to make it even better, the NL7X comes in at the impressively low price of $269. That puts it well below other devices in this niche. We’ll be taking a closer look at the CTL NL7X in the coming weeks and we’re looking forwared to sharing our thoughts.

The CTL Chromebook NL7X will be officially announced on Monday but is already listed and available for purchase on CTL’s site. You can find out more at the link below.