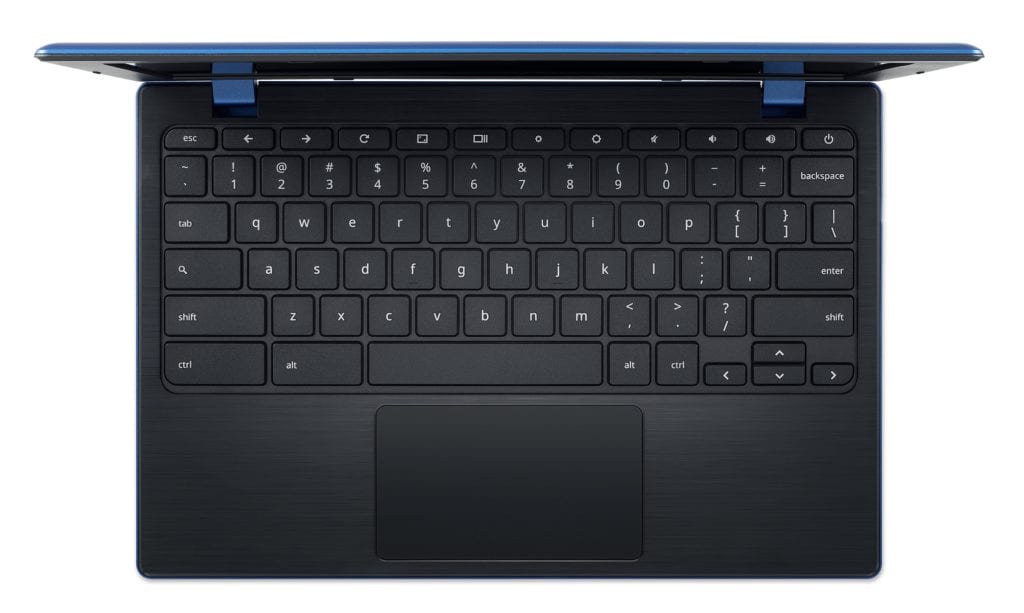 HP isn’t the only one getting a jump on the CES hype train. Just two days before the annual Consumer Electronics Show kicks off in Las Vegas, Acer Inc. has announced the release of a new generation of their popular Chromebook 11.

The new Acer Chromebook 11 CB311 follows in the footsteps of its predecessor the Braswell-powered Acer C731 and offers many of the familiar features while bringing some much-needed updates to the table.

The biggest upgrade comes in the form of the latest Intel Celeron processors. (likely the dual and quad-core N3350/N3450 Apollo Lake) For the casual user, the 11.6′ Chromebook with either of these chips will make for a pleasant user experience whether surfing the web, watching videos or even some light work tasks.

Chromebooks are widely known as a fast, easy and secure way to work and play both online and offline. Customers can play games, stay productive, enjoy content and do even more with the new Acer Chromebook 11 thanks to its support of Google Play.

Like the C731 before it, the latest Acer Chromebook 11 comes with an optional touch display and 16GB or 32GB storage options. The IPS panels will render the fairly standard 1366×768 resolution. We can only hope that Acer didn’t go cheap on the display. As we’ve seen so many times, not all 11.6″ panels are created equal. With any luck, the Acer Chromebook 11 will deliver a bright, crisp viewing experience for its users.

Acer has also updated the port selection on the Chromebook 11. Not only do we see the addition of 2 x USB-C 3.1 ports for charging, transfer and display out, the Chromebook retains 2 USB-A ports for the masses who still use the widely prevalent hardware standard.

Along with that, you get 4GB RAM (no upgrade option), a MicroSD card reader and it all comes in at just under 2.5 lbs and roughly 18mm thick. Like all newly released Chromebooks, the Acer CB311 will come with Android Apps out of the box so you can get your Candy Crush on with no delay.

We haven’t any details yet on what, if any other colors will be available but we’ll be catching up with our friends at Acer in Las Vegas this week and we will let you know more details as they unfold.