You are here: Home / All Stories / New Chromebook ‘Birch’ Joins The Party 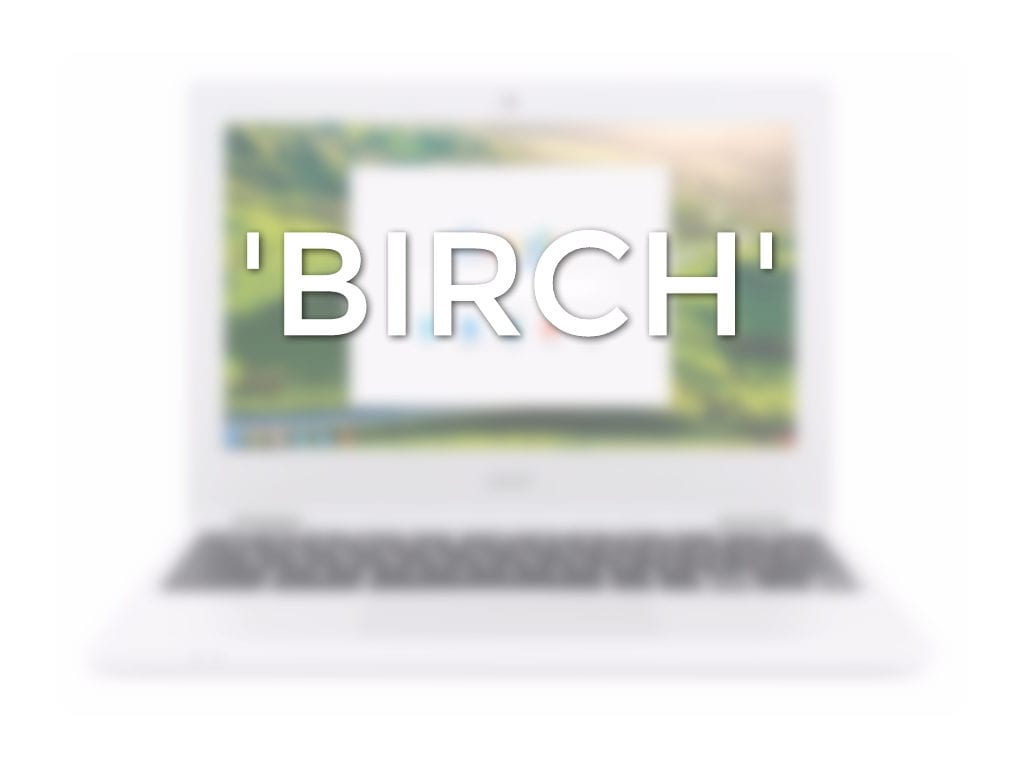 Just in case our “big ole list” of upcoming devices wasn’t enough to get you salivating, no worries, we’ve got more. Today’s addition to the list comes in the form of another MediaTek MT 8173 Chromebook.

Added to the repository back in January, ‘Birch’ hasn’t seen a lot of attention until this past week. From the original .dts file we are looking at a non-convertible, touchscreen Chromebook built off of the same baseboard as another upcoming device, ‘Hana’.

The baseboard, ‘Oak’, is the same one that powers the Acer Chromebook R13 released last year at IFA Berlin. Aside from the addition of Elan touchscreen drivers, there is little else known about the new Chromebook ‘Birch’. With the love that Acer has shown the MediaTek chip I wouldn’t be surprised if this is the next version of the older Baytrail-based Chromebook 11.

We will be keeping an eye on this one to see how it develops. With the advantage that ARM chips have leveraging Android Apps I would not be surprised if we start seeing more and more of these types of mid-range Chromebooks in the works.

Factoid: All the MediaTek boards are named after different species of trees. Elm, Oak, Birch and Hana. (Hana is a Eucalyptus forest in Hawaii)