You are here: Home / All Stories / Image Resizing For Chrome OS: One Step Closer 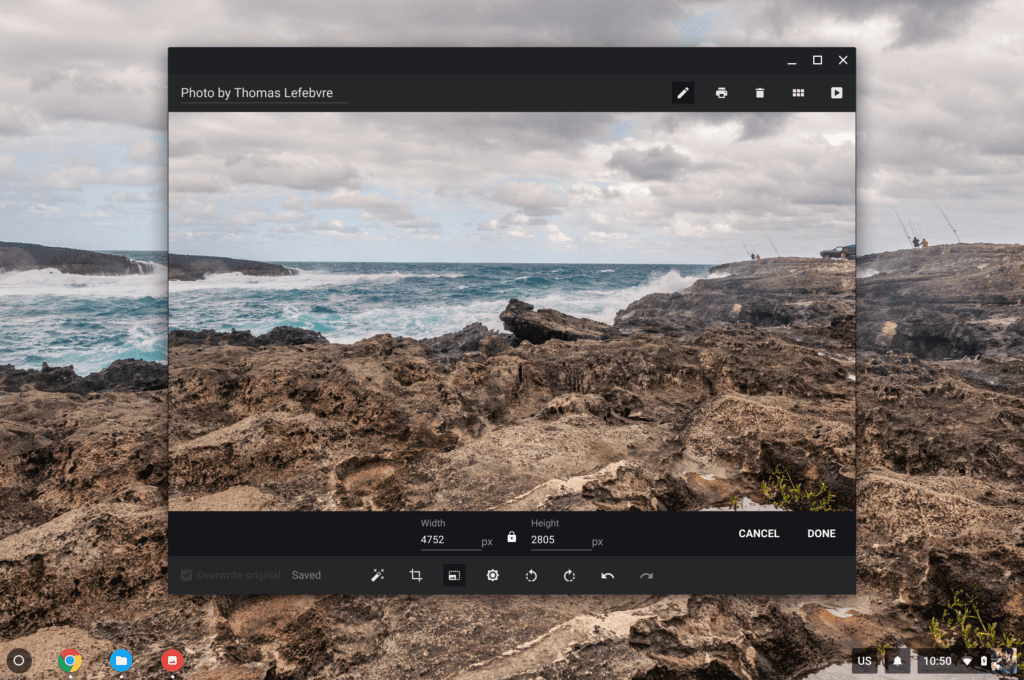 Last month we were given a tease of native image resizing in Chrome OS. The news came to us via a bug report testing the new feature.

This week, it seems a push to make this feature a reality is happening.

A recent developer update of Chrome OS has added the feature which allows for basic image resizing and scaling of photos in the Chrome OS gallery.

Google’s François Beaufort posted earlier this week on Google Plus about the much-welcomed addition.

François also noted that resizing works not only on downloaded images but those hosted on Google Drive.

Personally, I have been excited about this feature for sometime. Native image resizing can be a major time saver for web designers, graphic artists and more.

From another perspective, we love seeing the continued development of Chrome OS. Every update brings with it more enhanced features that make this operating system an excellent tool for virtually any user.

Check back later today for some more new features coming to Chrome OS.