You are here: Home / All Stories / Image Resizing Coming to Chrome OS 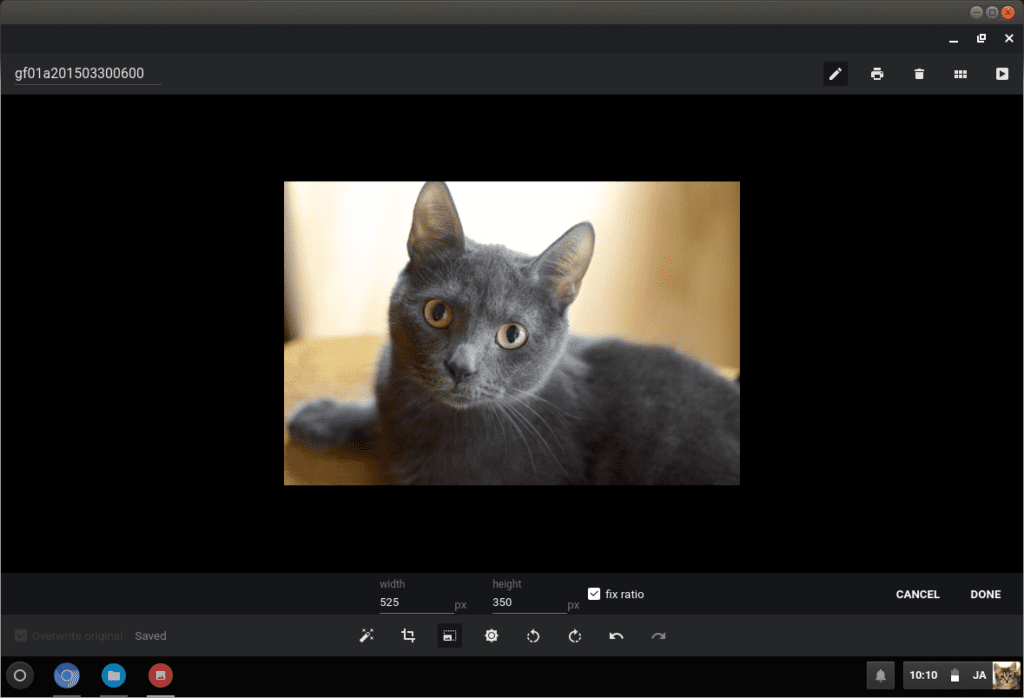 Earlier this week an article popped up in my Google Now that literally made my day. OMG!CHROME! posted “You’ll Soon Be Able to Resize Images in the Chrome OS Photo Editor.”

I was ecstatic for 2 reasons. One, I had literally just closed Pixlr from resizing an image for a thumbnail photo. As much as I like Pixlr, it would be much more convenient if I could just do it natively in the Chrome OS Photo Editor. Two, I was excited to get an article up of this AWESOME news. In the world of web design, as well as Chrome Unboxed, being able to resize images quickly is a huge time saver.

From a bug report in the Chromium bug tracker, you can see that this project has been in discussion for some time.

The good news is, now, the Chromium team is actively working on the project. As you can see from recent progress, the resizing tool looks very much like many photo editors including a lock/unlock option for maintaining ratio.

I am truly keeping my fingers crossed. I know it seems like such a small feature. But it’s a function that should be native to Chrome OS and a tool that many, like myself, will make good use of.