As I’ve said before, it is firmly Chromebook Silly Season. The sheer number of new devices showing up in the commits bears witness to this fact, as does the near-endless speculation surrounding them.

We previously speculated ‘Kevin’ could be announced at Google’s 10/4 Event. Emphasis on the ‘could’. We’ve also talked a bit about Samsung, Pixels, and reconciling the two.

While we aren’t saying those things aren’t true, we are saying there are some new pieces to the story.

I’m going to put a link RIGHT HERE. I made that nice and bold so you’d be reminded of where it is as we go through a few things. I can’t list all the commits and such in this post; it would be far too long. Feel free to click and look around, but I’m going to try and get to the point quickly on this one.

Commit owners/authors give us a bit of insight on who is working on a particular device as they are the primary inception of the commit. People from all different walks can comment and review these changes, but the author helps us know a bit about who is really vested in a particular device.

One author email that is very interesting and important is dlaurie@chromium.org.

Here’s why. This email address shows up all over a few very particular devices. The Pixel C. The 2015 Pixel. The HP Chromebook 13 G1 (a Google collaboration). And he’s been with Google since 2014 (which explains the lack of him on the original Pixel or the very-Googley HP Chrombook 11 G1).

He’s on a few other devices quite a bit, but guess what device he is absent from? ‘Kevin’.

So, while this isn’t a full indictment, it surely adds fuel to the fire for those who believe ‘Kevin’ is a Samsung device, but couldn’t be a Pixel. We reported earlier on a particular web cam that only Pixel devices have used and how it is being used on ‘Kevin’. And, honestly, that is still a head-scratcher, because it is pretty clear ‘Kevin’ is going to be a Samsung device.

But you can count me in the group that still has difficulty reconciling a Samsung Pixel device. Even in the article linked above, I couldn’t fully get on board with the idea. I also don’t know what to do with that webcam info, either.

While all that is going on with ‘Kevin’, this same group of commits by this same author give us a little insight on ‘Cave’. He is one of the main owners of ‘Cave’ commits, making us wonder what the connection could be.

A couple pieces of info help this come together a bit. First, we’ve seen ASUS and Google work together pretty closely before. Take the video below. While it shows a few models (that at the time were not released), it clearly shows the ASUS C201 and a few quick glimpses of the ASUS Chromebook Flip. This was one of the first real looks at that device. This was an ad for Chromebooks and ASUS was in it a lot. 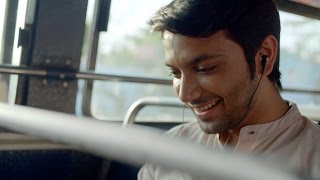 Chromebook: For Everyone, Everywhere

As I've said before, it is firmly Chromebook Silly Season. The sheer number of new devices showing up in the commits bears witness to this fact, as does the near-endless speculation surrounding them. We previously speculated 'Kevin' could be announced at Google's 10/4 Event. Emphasis on the 'could'.

Next, consider this commit from August 2nd showing ‘Cave’ in DVT. We’ve talked about what EVT, DVT, and PVT mean over here, but as a refresher, they are the 3 product development stages devices go through before being released. While there aren’t tight timelines around these phases, we are looking at 3 months between DVT and Google’s 10/4 event.

That’s plenty of time to get this device announced and shown on stage, for sure. We’re not saying it will be shipping out the next day, but by now they should be getting close enough to actually announce it.

One thing seems pretty clear, though. If a Chromebook makes it on stage at the 10/4 Event, it will need to be a tight collaboration. Google using madeby.google.com as a preview site makes a strong point that the items on display are all Google. I’m unsure how a differently-branded device fits. Granted, we are unsure about a lot if you think about it!

Either way, we have to consider ‘Cave’ could be seeing some stage time at the 10/4 event. No one has said we will see anything other than a couple phones, and from Google’s end, that’s even been cryptic. We have some thoughts on why there will likely be much, much more.