You are here: Home / Apps / Google wants to outsmart Amazon Audible and steal its business with Auto-narrated Play Books 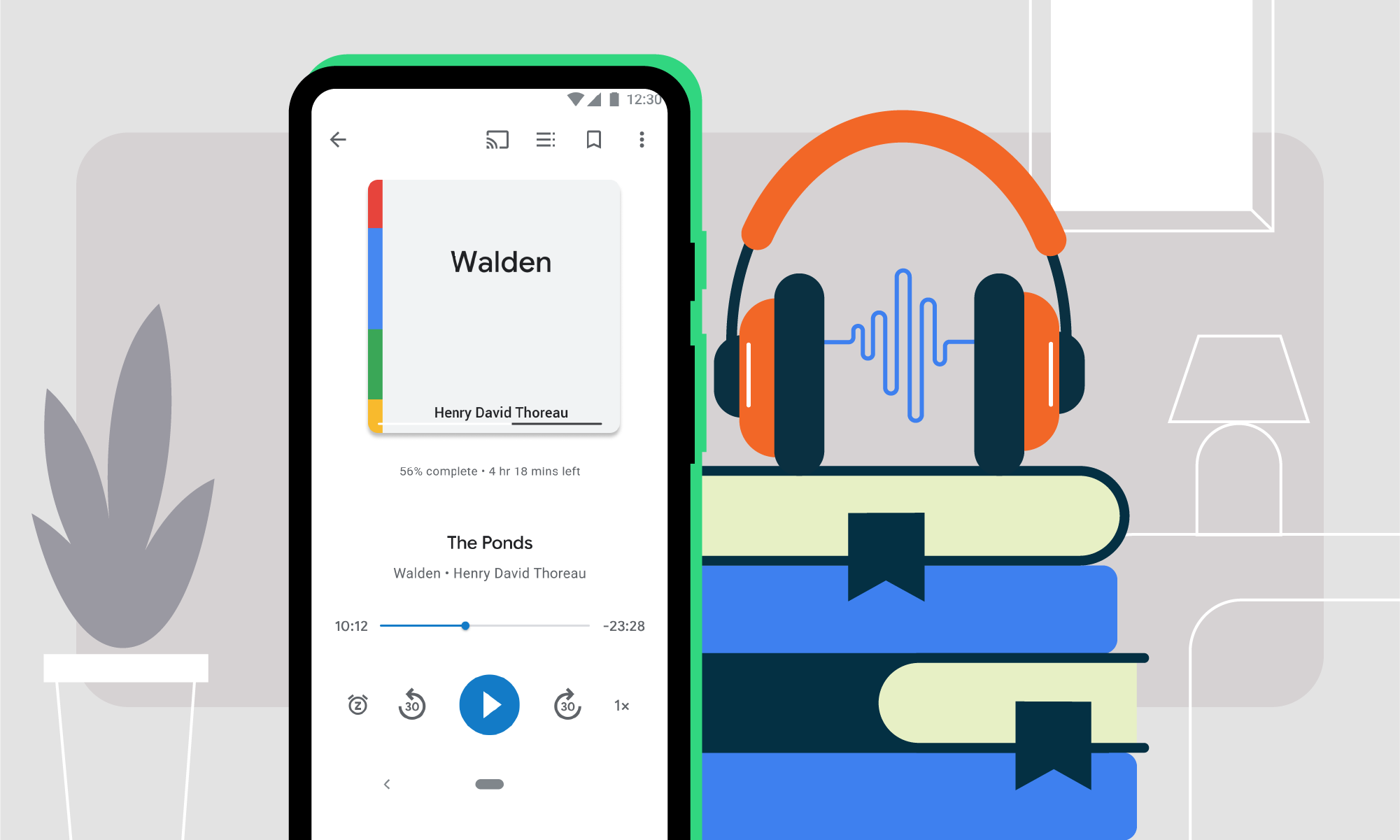 It has to have been about two years since I sent Google feedback through the Play Books app regarding the “Read aloud” feature that’s built-in. Even with the “Use a more natural voice” setting enabled, I felt that there was plenty of room for it to improve.

With the likes of Amazon Audible out in the wild, Google would never catch up at this rate. However, I had high hopes for the future of listening to my books since I knew what the company had up its sleeve – AI. Now, to be fair, AI and NLP – natural language processing – is already being used to “Read aloud” in any compatible book you can buy off of the Play Store, but what I just discovered is leagues better. I dare say that it’s “a” future of audiobooks!

Before I continue, I want to point out two things. First, I say “a” future of audiobooks specifically because I neither want nor believe that it will replace human narrators entirely. The passion and nuance in a voice actor reading a story simply can’t be stamped out by a computer, especially if you consider all of the highly specific instances where the combination of different texts must be read together to be believable and impactful.

Second, I understand that you can simply switch to the audiobook version of any ebook and purchase that instead. Here’s the thing though – I’ve already bought hundreds of Google Play Books and I’m not about to go and buy the audiobook version of them. This is one of many reasons I refuse to subscribe to Audible. That, and you don’t own your books unlike you do with Google. Oh, and I tend to want to own audiobooks I pick up, not simply to rent them. There’s something about digesting content over a period of time and even returning back to it instead of drilling through a hundred books per year like some people.

With that out of the way, I present to you…”Auto narrated” Google Play Books! I know, I know, others have reported on this and it’s been over a year since the company announced them, but for some odd reason, I was not privy to this news! You all know how much I love books and reading, so this truly piqued my interest.

I first stumbled upon it when I was checking out the excellent “Boss Fight Books” series on the Play Store. When I clicked on the sample, I noticed something strange. The voice that I heard was not a human! Instead, it was a near human-sounding voice that read the text with much of the same emphasis points, rest spots between sentences, and passion as a real person would.

As you can see, the listing does have an “Auto-narrated” icon next to it, but I only noticed that after exiting the sample. It seems Google has been hard at work to implement these tools for any publisher to skip out on hiring an actual audiobook narrator, which saves them money and helps ensure the company is caught up with its largest rival, Amazon, in no time flat. It’s also making the whole ordeal possible with just a few simple steps. Google goes through and emphasizes the simplicity of this process on a web page I also discovered after doing some digging.

What’s more, is that there are over 50 diverse voices from all different cultural backgrounds from American to British, Indian, German, Mexican, and even Spanish across various age ranges. This is truly a far cry from the stuffy-sounding female robot narrator currently available in the Read Aloud feature.

You truly have to hear it to be as impressed as I am. What I’m super excited about is the possibility for this tech to roll out to all of my ebooks, though there’s been no indication of Google replacing the stuffy-sounding female robot that reads all of the ellipses and disrupts the flow of what I’m hearing with the Read Aloud feature on standard books. (“open bracket, dot dot dot, close bracket”…funny, but annoying).

You can visit the Auto Narrated audiobooks overview page and listen to the available audio samples. Additionally, you can visit a Boss Fight Book on your phone via the Play Store and tap “Play Sample”. I feel like this sounds better than the samples, so try both. One thing I’ve noticed is that the new AI doesn’t speak everything out in a monotone voice, which is a huge improvement for Google who’s no doubt looking to smack down Audible at some point. Let me know if you find any other Auto-narrated books on the Play Store, and link them below!