You are here: Home / Families / Google TV slip up accidentally reveals that user profile switching may soon be released 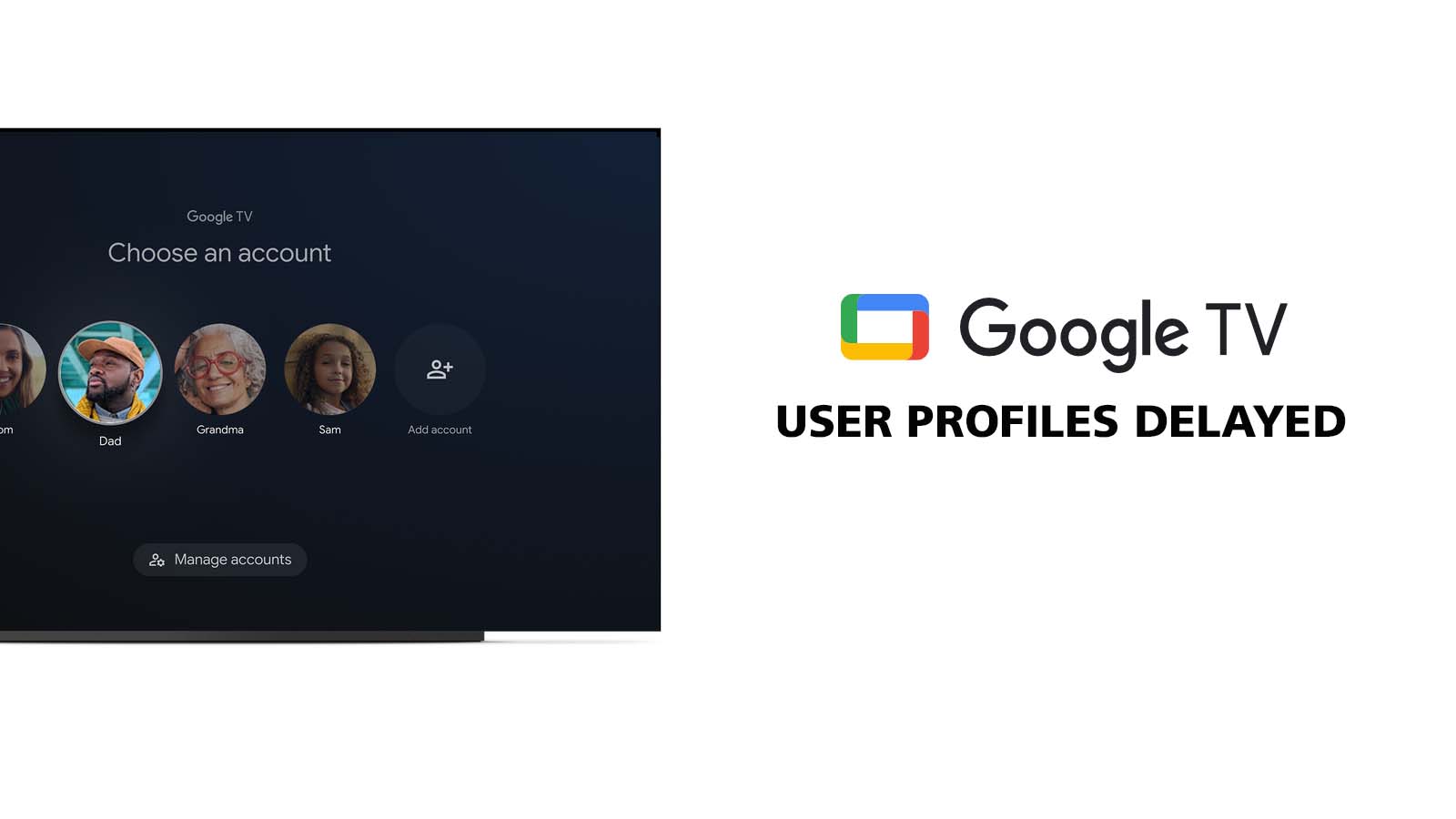 Last night, I was catching up on some older shows using Google TV and I accidentally sat on the Chromecast remote – you know, as we all probably tend to do a few times per week. To my surprise, instead of simply closing Netflix and ending my binge-watching of The 100, I accidentally discovered something wonderful.

On my Google TV, I’m signed in as Michael Perrigo as my profile name. You can actually go into the account settings and add other accounts to make switching profiles within apps easier, but unfortunately, you can’t switch the entire Google TV profile in order to change who’s watchlist and recommendations appear on the main user interface.

Google was going to roll these out, but sadly, user profiles were postponed so they could continue to be worked on. It’s clear that up until now, Google has not understood that families use its excellent TV aggregation service and that families have bought the new Chromecast more than any device of its kind, and I still maintain that individual user profile switching should have been introduced at launch – not years later.

Anyway, by sitting on the remote, I accidentally stumbled upon evidence that user profiles are nearing an actual release! That’s right, whatever “butt”on combination I hit, I was shifted into one of my other signed-in accounts as the overall profile for the entirety of the Google TV interface – something that should not be possible yet!

Because I was so surprised to see this, I quickly took some notoriously low-quality photos of it before it would inevitably disappear (something I expected). I switched back to my main profile using the top-right menu, and sure enough, the other account was no longer selectable. Instead, it went back to simply showing in the account settings section – sadness. I did try different button combinations to try recreating the slip-up, but alas, I was unable.

Regardless, this slip-up shows me that Google is, in fact, on the brink of adding user profiles at long last. I’m incredibly excited to finally be able to use Google TV in the way that it was meant to be used. I’m ready to stop seeing Teen Mom, Bridezilla, and Cake Wars on my Watchlist, and beyond ready for my fiance to have her own content curated on her own account. After all, this is the way it should be, and I hope that once we make the switch and get the update, Google never pulls some crap like this again by releasing such an important device without such an important feature.