You are here: Home / Accessories / Google Home And Wifi Coming To Germany 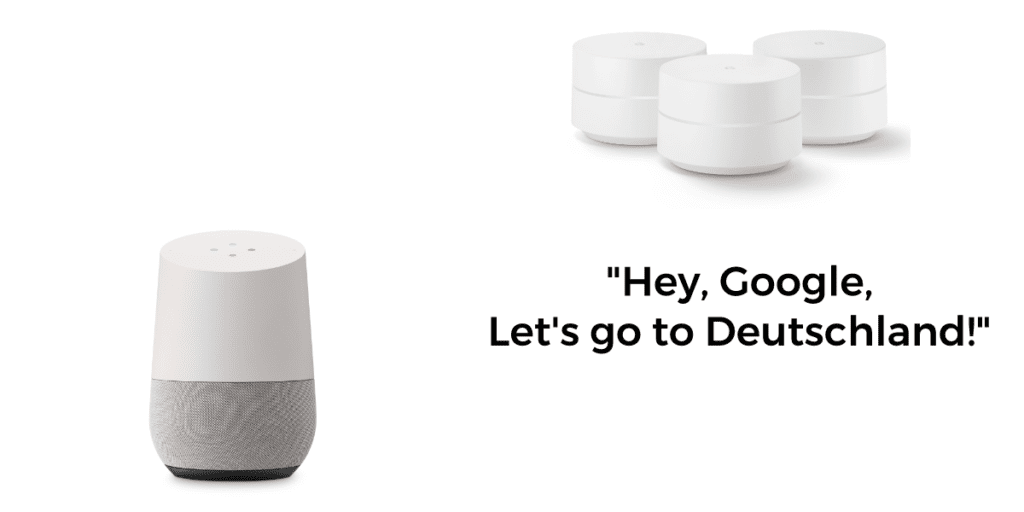 At Google I/O this past May, Rishi Chandra announced that Google Home would be coming to more countries including Canada, Australia, Japan and more by late summer.

That trek across the globe looks to be happening sooner than later. Google Home, along with Google Wifi is now officially available in France, Australia, and Canada.

Continuing with their distribution plans, Google Germany has heralded the coming of Home to Deutschland in early August. Beginning Tuesday, August 8 you can pick up the Google Assistant smart-speaker for 149,00 € from the Google Store Germany.

The official Google Store of Germany is also offering all three package variants of Google Wifi. Today you can grab a single, two-pack or three-pack of the mech-capable router for 139,00 € and up.

Google, like in Australia, didn’t forget to tailor some videos for their newly available products. Check out the Google Home and Google Wifi promos from Google Deutschland below.

This leaves only Japan left on Rishi’s list of “coming soon” countries. Japan’s Google Store is quite sparse and I’m sure these will be welcome additions when they make their way to the Land of the Rising Sun.