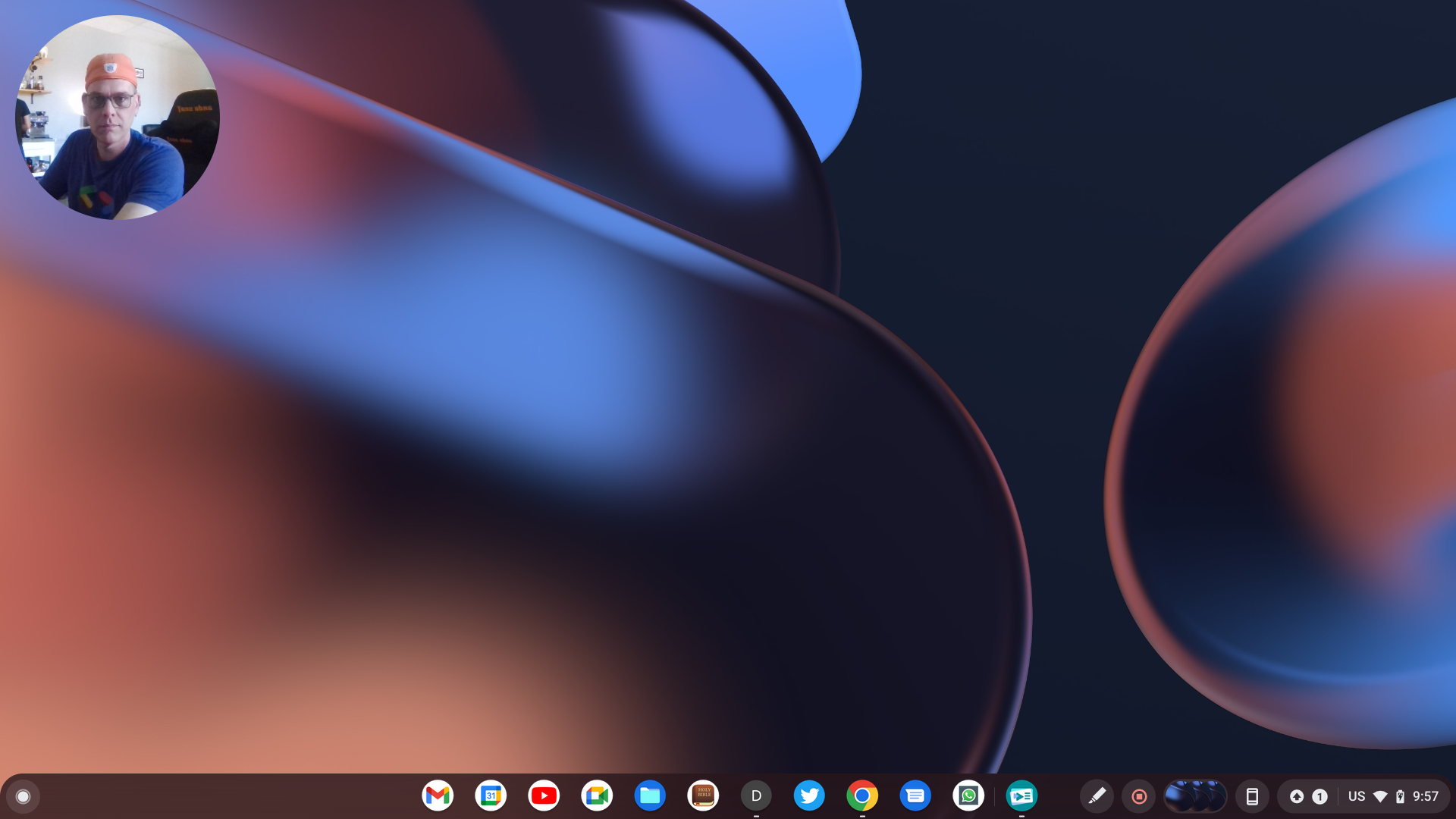 Last week, I shared a few updates to the upcoming Projector App for ChromeOS. While mostly aesthetic, the biggest update was a name change that now has the productivity tool branded as “Screencast” in the app launcher. The only thing missing at this point is the addition of a heads-up selfie camera to the screen recording tool. Google never “officially” stated that a selfie cam was coming to the Screencast but there’s a clear reference to one in a tutorial image inside the app itself. Additionally, the feature tour clearly says “record your screen and YOURSELF.”

Well, it didn’t take long for the feature to arrive in the Canary channel and one of the many updates I received over the weekend has given us our first look at the selfie camera feature for Screencast. The flag showed up this morning after I updated my device and I was ecstatic to see that enabling the feature actually worked. As we expected, the selfie cam appears as a bubble in the corner of the display you’re recording and it is already working very well for a feature that was just added.

In testing the new selfie cam, I discovered that the feature isn’t limited to the Screencast app. When you trigger the standard ChromeOS screen recording tool, there is now an additional setting in the tool menu to enable and choose your webcam for your recording. I was also pleased to see that you can use an external camera. That was to be expected but it’s great to see that it’s working already. Here’s a quick look at the new tool in action.

The Screencast App is still a work in progress but this update has added some nice finishing touches. Google has added built-in tutorial videos, automatic cloud sync, transcription, and now, the selfie cam. There’s even a new support page linked inside the app. It only contains filler at the moment but it’s live and ready for when the feature does the same. The addition of a selfie cam will allow users to replace third-party extensions and likely save a little money in the process. Personally, I’m excited to see how gamers might use this feature to record gameplay for Android games, Stadia, and perhaps even Steam. Stay tuned as we keep you posted on the evolution of the Screencast app.