You are here: Home / Apps / Chromebooks Getting Fresh OOBE Look We are seeing a lot of changes to our beloved Chrome operating system as of late. From the slow rollout of Android Apps, new form-factors, and extensive Material Design changes, Chromebooks have certainly come a long way in just a few, short years.

This week, we are seeing what could be a new OOBE(out-of-the-box experience) being tested in Chrome OS. In case you are unfamiliar, OOBE is the first things you see when setting up a Chromebook for the first time or when starting over from a Powerwash.

A recent update to the CR Bug tracker gives us a glimpse of the new images that could greet you when powering up a new Chrome device.

The first one may look familiar as it has been implemented in the Canary channel for some time. When you Powerwash your Chromebook, you will now see a whimsical “Reset this Chrome device” screen of a couple friendlies squeegeeing a laptop display.

The new OOBE screens get even more amusing. The first is a “Network not available” display prompting users that, clearly, a network is not available. 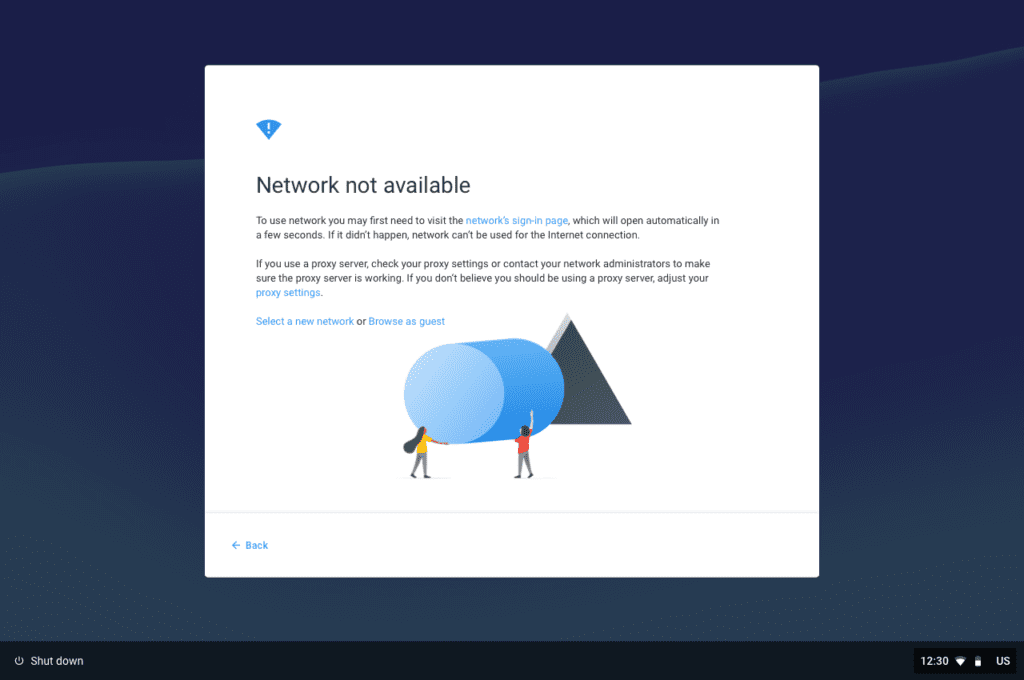 Round peg, triangular hole? Get it? You’re trying to do something that isn’t working.

Next, we see the “Connecting to network” notification. This shot gives you a status bar and some more Chrome helpers relaying your connection for you via bicycle. 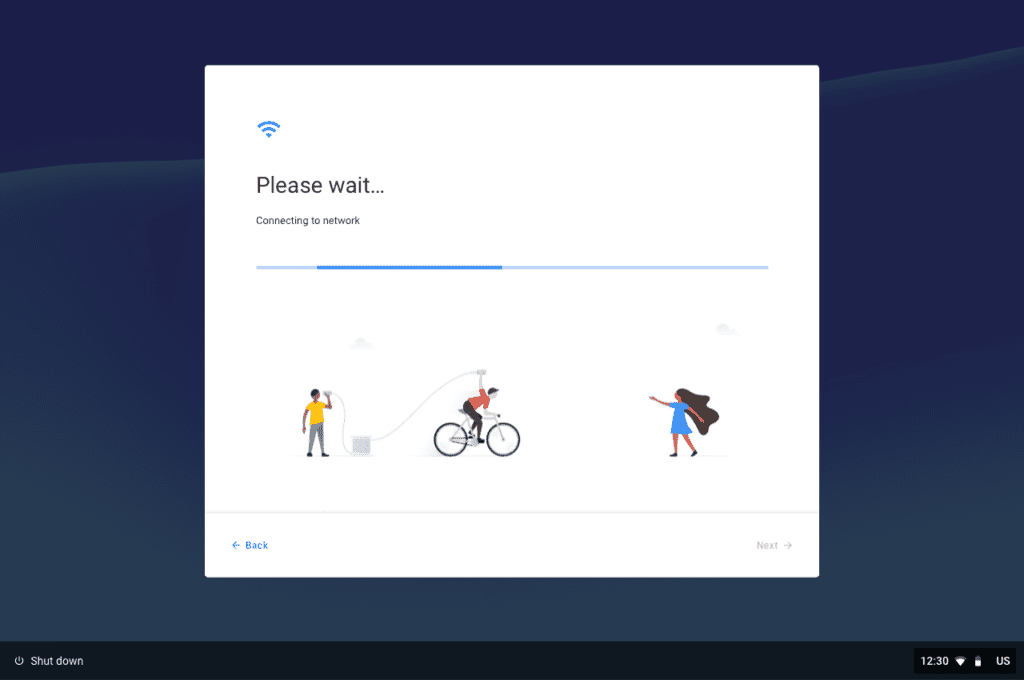 Last but not least we have the System updating screen. This one is a very interesting shot that I’m still trying to fit together. Still, it’s Material Design and very much fits the part. 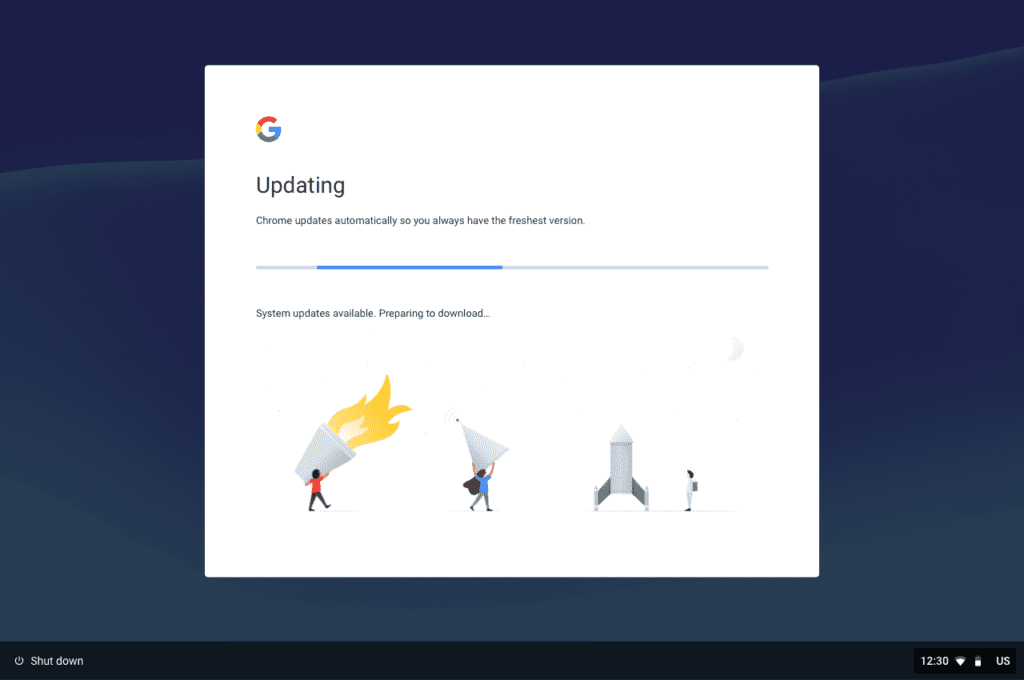 This isn’t all the devs have up their sleeves. In the beginning parts of the bug report, there is mention that down the road these images could become animated. Likely, they will keep with the base images and create moving images of the action in progress.

This stuff is all very cool and I, for one, am excited about all the changes coming to Chromebooks. So long as the OS maintains its clean, lightweight nature that make it so great, I say bring it on.

I wouldn’t expect to see these updates hit Stable sooner than version 62 but hey, that’s right around the corner.