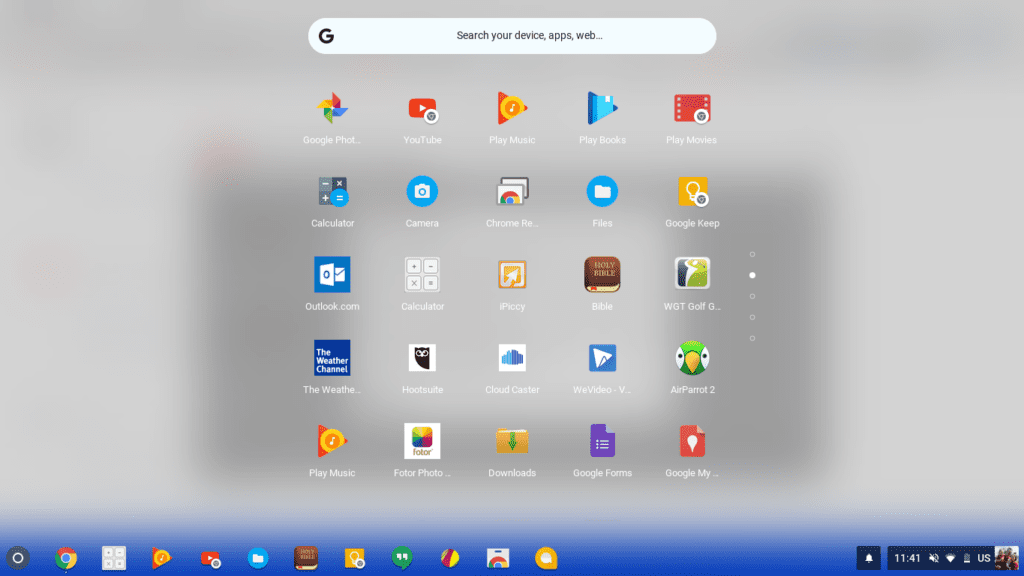 I’m going to go ahead and admit a couple things right up front, here.

First, I didn’t really like the way the ‘Peeking Launcher’ looked when we reported on it. I liked the idea and the implementation, but I felt the whole thing looked a bit…unfinished.

I suppose it simply lacked any flair or quality graphic appeal. It was just a semi-transparent black background with apps over top. Something about it just felt half-baked. Second, I really like what Apple has done in the past few versions of iOS and Safari when it comes to semi-transparent backgrounds. I do my fair share of Apple-bashing, but I have to give credit where credit is due. Their use of blur and opacity in both the OS and apps is beautiful.

The way the surface blurs whatever is behind it in real-time gives the whole thing a frosted glass feel and really gives those elements a refined touch. Chrome OS Is Getting This Effect In A Few Places

What we are seeing today has been here and there in the commits, but we’ve not had an actual visual to show along with it. Thus, we’ve just held off on reporting about it.

Today, however, we have a few screengrabs from the Lenovo Flex 11 in the Dev Channel showing off one of the best-looking tweaks to the UI we’ve seen recently (at least in my opinion).

Additionally, this change gets rid of the plain and boring black background on the launcher and gives us a touch more visual appeal in both the sign-in screen and the wallpaper picker (coming soon).

I’m going to drop a little gallery right here for you to feast your eyes on.

Sometimes things get updated and changed and I feel like our fledgling OS is becoming all grown up right in front of our eyes. This change, though functionally void, gives a few core parts of the user experience a bit of fine polish, and I love it.

I’ve said it before and I’ll say it again: aesthetic tweaks are a sign of maturity in any software. Chrome OS is far from complete and final, but it is nice seeing Google spend time on some of the parts that may not be absolutely necessary just for appearance sake.

I’m certain this won’t be the last time, either.