You are here: Home / All Stories / Chromebook Pixel Out of Stock. But Why? 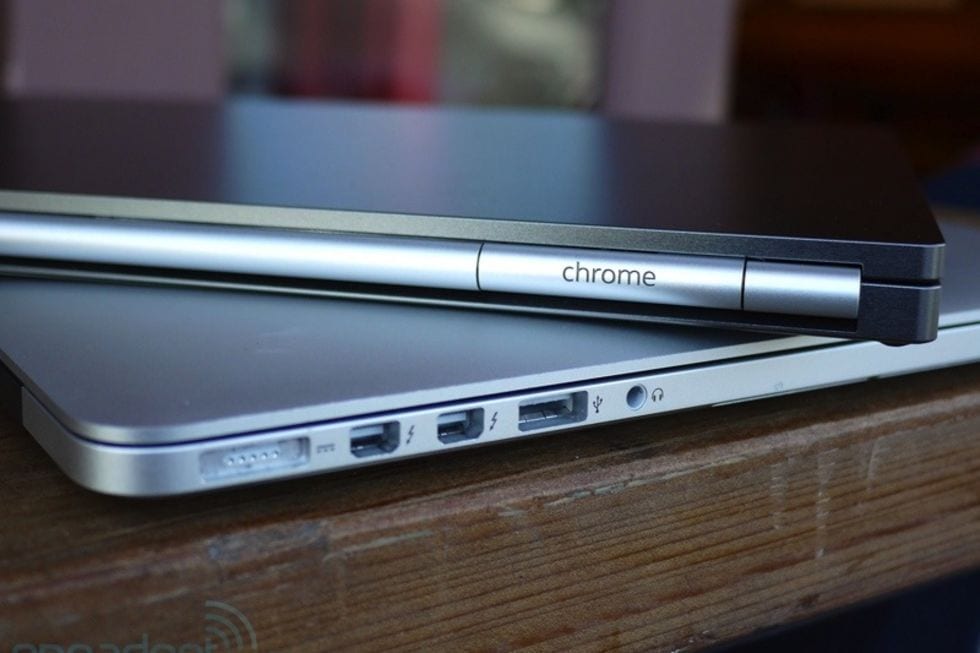 Going on two weeks now, the Chromebook Pixel(LS) has been “out of stock” in the Google Store. While this fact in and of itself may not hold a lot of meaning, recent clamoring in the Chromebook community has a lot of people questioning why. A post by +George Economo put the question to a vote. Is this just a simple restocking issue or is the path being cleared for a new Pixel device?

Google’s Pixel(LS) was paramount device for the Chromebook world. Its combination of elegant design with high end hardware opened a new realm of possibilities for OEMs and users alike. Even thought the Pixel was met with high praise, it was not without it’s critics as well. Although beautifully designed, the Chromebook quickly became known for having issues with the cooling fan. Excessive noise and even intermittent shutdown plagued many users who forked out $1300 for Google’s premium device.  The issues were minor in the grand scheme of things. But, considering the hefty price tag, enough to warrant a complaint.

Speaking of price, that continues to be the biggest deterrent for most consumers. Is a $1300 Chromebook really worth it? I will let you draw your own conclusion to that question. I think there are bigger questions to ask here. Does the price really matter? Was the Pixel ever meant to have a huge market presence? Or, was it Google’s way of showing us what a Chromebook could be? Look at the devices that have been birthed since it’s release The HP Chromebook 13 G1, released earlier this year has been one of the most hyped Chromebooks since the Pixel made it’s debut. HP’s collaboration with Google to create a sleek, powerful device with Intel’s Skylake architecture has given us a beautiful Pixel-esque machine that doesn’t have to break the bank. Even the Acer 14 has weighed in as an aesthetically pleasing Chromebook that can handle daily computing needs on a shoestring budget. It even comes in Gold! Proof positive that the people are speaking and the manufacturers are listening. I say all of this because maybe Google never counted on the longevity of sales for the Pixel. Maybe it has served its purpose to create a new dimension in the Chromebook market in general. Maybe, just maybe, they are clearing the way for the next big thing. With rumors and evidence of new devices on the horizon, what if Google has moved on? With the addition of the Play Store to Chrombooks later this year, the landscape of the Chrome environment is evolving into something we have yet to see. Convertibles, touchscreens, gps and stylus inputs are now the future.  Android Apps coming to Chrome OS has created a market that has previously been relatively flat. Even Google’s Pixel C was met with mediocre warmth at best.


On the other hand, with the coming of the Play Store, surely Chromebooks have seen a spike in sales. I am sure the Pixel would be no exception. With the continued surge in the retail market and the growth of consumer knowledge of Chrome OS’s true capabilities, perhaps Google wasn’t prepared for the demand for their device. Your guess is as good as mine. But, much sooner than later, we will begin to see a slurry of new devices hitting the shelves and for that we are very excited.

Whatever is going on over at Google, you can bet it’s going to be big. We hope you come along for the ride as we keep a close watch on what happens next. Let us know what you think. Leave a comment below or drop us a line at info@chromeunboxed.com.