You are here: Home / Gaming / Vita Fighters is a fun, gamepad-enabled brawler for your Chromebook that was created by one person Vita Fighters is being developed for the Playstation Vita and mobile – yep, the Vita ain’t dead yet, and there are many people who still believe in its potential. Either way, I installed this game on my Chromebook and ended up having so much fun with it that I thought you all should know about it.

The big draw here and the reason why I’m taking the time to explore this title is that it actually has full controller support and plays incredibly well on Chromebooks! That is something that’s extremely rare right now on the Google Play Store, and I’ve spoken about how developers need to start creating their apps and games with Chromebooks in mind. While I get that many developers don’t implement controller support and other laptop-oriented features into their games because they haven’t seen many users ask for it, I don’t really think that they have much of an excuse not to spend a tad extra time doing so since Vita Fighters was created by a single developer. That’s right – he goes by the name Angrydevs on social media and he’s just a guy that has a passion for classic fighting games. He’s been developing it in his spare time and it’s incredibly well done.

The blocky visual style of the characters reminds me a lot of my favorite Sega Saturn game, Virtua Fighter, and they take inspiration from various video game icons. During my time playing, I identified a few references from various characters across Final Fantasy, Dragon Ball Z, Naruto, and Attack on Titan (for the boss battles), to name a few. One character even has a keyblade like Sora from the Kingdom Hearts series! AngryDevs stated on Reddit that he wanted to include these in such a strikingly obvious way because he felt that crossover games between these popular properties would probably never come to exist otherwise.

If you’d like to pair up a Bluetooth controller and crush the AI competition, you won’t be disappointed – it’s actually the best way to play! Every aspect of the game is smooth and there’s zero lag. I felt that it gave more modern fighting games a run for their money, with the added bonus of having the simplicity of times of old. That’s not to say that it’s easy though – unless we’re talking about how easy it is to get your butt kicked. The developer will add in a move list for the various button combos that you can execute, a tutorial, more characters, stages, and more in the future via DLC, but as a solo dev, he just hasn’t had the time.

The game has zero forced ads, and no in-app purchases whatsoever – he just doesn’t believe in them – that’s refreshing! Sadly though, he states that he hasn’t made pretty much any money so far because the game is free and it lacks monetization methods right now. He may include some optional ads to power up your characters but enforces that they will never be required to watch.

Overall, Vita Fighters is just good fun. It hearkens back to a simpler time where the focus of these games was just to create a fun beat ’em up for players and corporate greed wasn’t rampant. I highly suggest you give it a play though, especially with a Bluetooth gamepad if you’re looking for more games that feel native to your Chromebook outside of cloud gaming.

Besides, you can give this passionate developer some exposure in the process – something I whole-heartedly believe that he deserves. He did just start up a Discord server a few weeks ago, so you can hang out there and learn more about his game and development process too. You can pick up Vita Fighters on the Google Play Store below for free. Be sure to tell all of your friends about it! 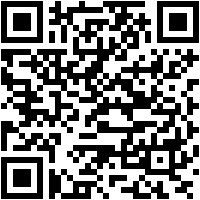