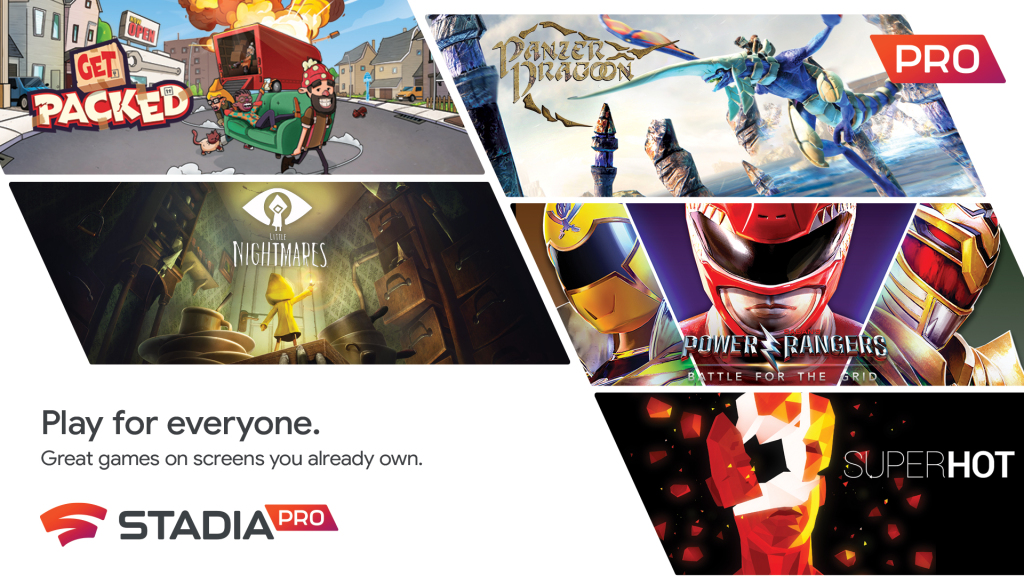 The new month is almost upon us and the Stadia team dropped a bombshell by announcing that Stadia Pro subscribers will be receiving not two, not three but six free games for the month of June! Let’s take a look at what you get. Remember, Stadia Pro is only $9.99 per month and once you sign up you get access to a whole host of games just for joining the party.

Update #1: You can now claim five of the six Stadia Pro games for the month of June. Head to your Stadia app or Stadia.com and you can get your hands on Get Packed, Little Nightmares, Power Rangers: Battle for the Grid, Super Hot and Panzer Dragoon. If you’re waiting for The Elder Scrolls Online: Greymoor, you’ll have to wait a bit longer. It drops on June 16th.

This game is tons of fun. How do I know? Because I already bought it. While Google previously reimbursed players for buying games that went free shortly after the launch of the platform, that’s no longer an option. Oh well, at least I can say that some of that money went to the developer.

Get ready for hilarious hijinks in Get Packed. This zany cooperative/competitive game challenges you and your friends in a race to avoid wacky hazards as you struggle to relocate furniture and possessions in the face of overwhelming odds.

I feel like this game has almost a Coraline crosses Tim Burton vibe. The soundtrack and visuals are creepy as all get out. I’m serious, turn the volume way up when you watch the trailer below. I almost grabbed it on my Switch, but I’m glad I waited. You can play Very Little Nightmares on your mobile device to support the developers while you wait for this title to drop on Stadia in a few days. 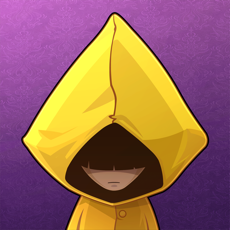 Dive into an extraordinary atmospheric adventure with Little Nightmares. Face the darkness and overcome insidious challenges in this spellbinding story.

Power Rangers: Battle for the Grid

It’s actually pretty funny to see this game make the list of free games for this month. My girlfriend loves Power Rangers and the inner kid in me whispers that I still like something about them from time to time too. This game has a Mortal Kombat gameplay style and looks to add that ‘cool’ factor back into the series again for me.

It’s Morphin’ Time! Take control of iconic heroes, harness your special skills, and beat down Goldar in Power Rangers: Battle for the Grid.

I was going to wait to play this on Playstation VR, but I feel like it would be a blurry mess anyways. A friend got this for me on the Epic Games Store as well, but I’ll definitely be playing it on Stadia for the convenience.

It’s SUPERHOT and it’s coming to Stadia Pro! In this inventive and surprising take on the first person shooter, time only moves when you do. Freeze and plot your moves, then roll out your attacks with fluid precision in this stylish and challenging blend of fast reflexes and puzzle solving.

This game was never something I picked up as a kid. I’ve heard of it, but I always passed it on the shelf. This is the remake of that game. It’s apparently pretty short, weighing in at about two hours of gameplay, but it should be fun nonetheless.

Panzer Dragoon: Remake marks the triumphant return of one of gaming’s great shooter classics. Pilot your dragon across strange and beautiful vistas, overcoming cunning enemies in this action spectacular.

Yes, we said Stadia Pro subscribers would be receiving six free games for June, but this one drops on June 16th. If you haven’t already seen, we discussed The Elder Scrolls Online: Greymoor yesterday, but we’re particularly excited about having an MMORPG on the service! Pro subscribers will get all of the previous installments ESO when they grab Greymoor. See you in the game!

Which of the above games are you most excited for? My son and I played Get Packed a bunch this week and I can say it’s really fun. The Elder Scrolls Online is going to be my favorite, along with trying Superhot for the first time. Stadia’s appeal is beginning to heat up, especially with all of the free games we’re receiving. Let’s hope we see more developers begin to lean into the service, leading to more games, of course. Our top vote for what we’d like to see next is the new Tony Hawk Pro Skater 1 and 2 Remasters! Leave a comment below to discuss!