You are here: Home / All Stories / Samsung Chromebook Pro’s Processor (RK3399) Gets Benchmarked: And It Is Fast

Full disclosure, this is not the Samsung Chromebook Pro getting benchmarked, though as you’ll see shortly, we can do a bit of math and get a pretty good idea of what it will score when it hits the market.

The processor that the Chromebook Pro will ship with is the Rockchip RK3399, and up until recently, we’ve not seen any real indicators of how it will perform.

Being capable of 4K/60fps output, we assumed it would easily outpace the current Rockchip processor found in a few current Chromebooks like the ASUS Flip and C201.

What we didn’t know was how large the improvement would be.

What I want to do is compare a few existing Chromebooks that have ARM processors in them, see what they score on Antutu, and cross-reference that with their Octane score on a Chromebook.

Now, from those scores, we can draw a few assumptions. In general, other than the original Samsung Series 3, the Octane scores are roughly 1/5 the Antutu scores.

In the case of the Samsung, this ratio is WAY better, making the Octane score about 43% of the Antutu. This is leveled out a bit with the Tegra K1’s Octane being about 18% of the Antutu score. This is a bit expected as the Tegra K1 had a pretty awesome GPU and that was its main selling point.

The rest fall right around the 20% mark.

What Does That Mean?

Now, we get to the point of all this. I’ve been looking since the day we found out what processor would be in the Pro, and I’ve found zilch.

It appears there is a startup company making a reference/development board for the upcoming Rockchip RK3399 (the processor in the Samsung Chromebook Pro) and they’ve put a few videos on YouTube to entice backers.

Here’s the video where Antutu is run. We’ve queued it up to that point. You can also click here to see their channel and some other videos they have showing off the processor. 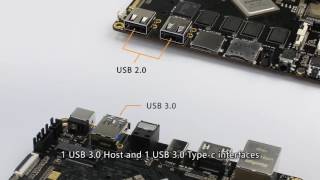 Full disclosure, this is not the Samsung Chromebook Pro getting benchmarked, though as you'll see shortly, we can do a bit of math and get a pretty good idea of what it will score when it hits the market. The processor that the Chromebook Pro will ship with is the Rockchip RK3399, and up until recen

And, carrying over our little experiment above, it stands to reason that the Samsung Chromebook Pro could score in the 14,000 – 15,000 on the Octane benchmark.

For reference, the Broadwell Celeron and Skylake Pentium score in the same range. My wife’s Chromebook is the Acer 15 and I use it here and there when I am in between Chromebooks. Every time I use it, I am always pleased that I don’t really think much about its performance. It is fast enough to completely be out of the way.

And that is always the goal. Sure, faster is always better. But once you hit a certain point, it gets less and less better.

I’ve found that about 13,000 on Octane seems to be that sweet spot.

And it seems that the Samsung Chromebook Pro will both meet and exceed that. And that makes me pretty happy.