You are here: Home / Apps / 3 More Chromebooks Get Android Apps in The Stable Channel 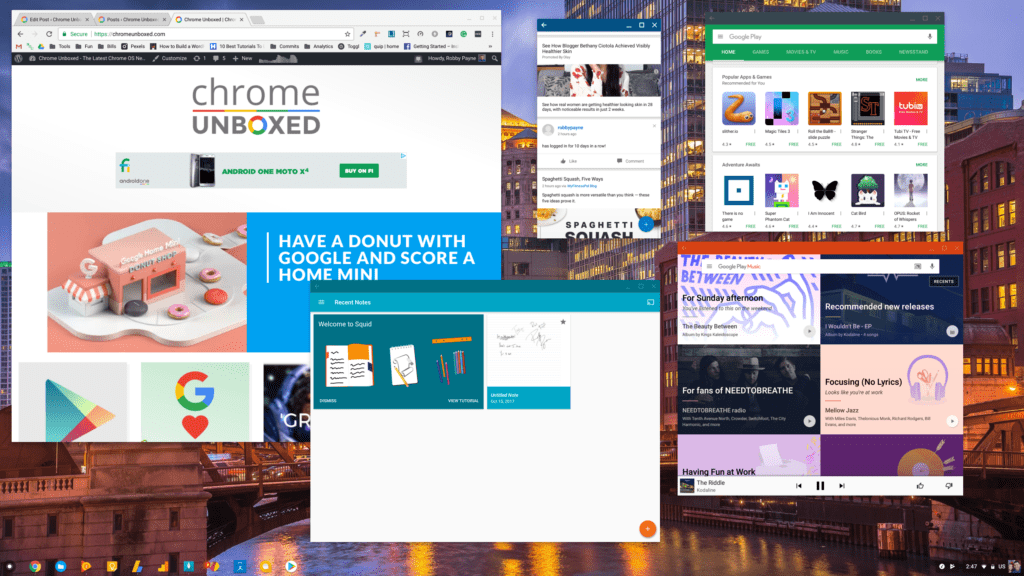 As time goes on, we continue seeing more and more Chromebooks getting the full Play Store treatment. Has it been a slow road? Sure.

And there’s still quite a bit of work to do, for certain. Devices that have Android Apps available in the Stable Channel of Chrome OS still have strange tendencies, bugs, and limitations here and there, but the overall experience is getting better with every passing day. In the length of the roll-out, it is easy to forget exactly where we are in this timeline, so I took a second to research it.

Back on September 21st of 2016, we finally saw the first devices get Android apps in the Stable Channel. Sure, there were Dev and Beta Channel availabilities before this point, but September was the first time that users were seeing the Play Store out of the box on just a few devices.

Now that it is mid-November of 2017, we are at around 60% of the 100 planned devices having access to the Play Store in the Stable Channel of Chrome OS. Just over a year since this whole thing really started. Again, this has been a long process and it isn’t over. But, we’ve come a long way in a year.

Specifically, 3 more Chromebooks are now on the fully-included list for Android Apps. Those devices are:

Additionally, two other devices have received the Play Store in the Beta Channel: The Dell Chromebook 13 (7310) and the Acer C740.

It’s hard to say what causes delays in all this on a device-by-device basis, but it is encouraging to know that we’re getting closer to a point where there aren’t relatively-current devices without Android. I don’t think we’ll see Android and Chrome OS become fully integrated until we get closer to that reality.

As I’ve said a few times already, we still have a lot to look forward to and a lot of work to do before this entire merger feels natural and not bolted-on. But we’re getting there!