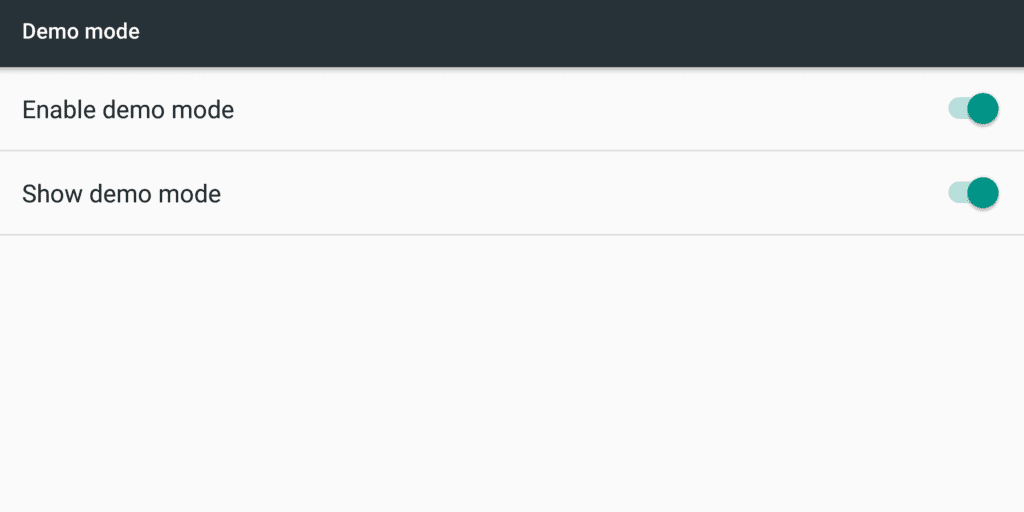 At first glance, I presumed this new commit was simply modifications being done to the current kiosk modes you see on Chromebooks that are displayed in retail stores.

Generally, the Chromebook will rotate through a list of features highlighting things like Gmail, Chrome apps, etc.

However, after a little research, I found that the demos you currently see in places like Best Buy or Walmart are specific URLs or apps being pushed to the device using the Admin Console. These “demos” are set by the enterprise admins and can come directly from Google’s demo source or custom built URLs hosted elsewhere.

What I discovered today looks to be something more similar to what you see on mobile devices on display.

As you can see, the new “demo mode” is going to be an actual feature baked directly into Chrome OS and we even find a shortcut for the new mode.

Ctrl+Alt+D shortcut opens new demo mode setup flow from OOBE (sign in screen).
It is used for development and might change in the future.

Drilling down into the attached bug report reveals that this new feature is very much still in development with a final UX still in the works.

The big question is “what is the purpose of the new demo mode?”

For mobile devices, Android’s demo mode allows retailers to lock down devices while still display features and catching the eyes of consumers. The current kiosk setup of Chrome OS does the same but it requires a lot more work on the IT department’s side as the device has to be enrolled and the kiosk apps pushed to the floor models.

Creating a toggled demo mode for Chromebooks would likely be more efficient for deploying displays at retail giants like Best Buy and others but some form of locking method will still be required to prevent customers from logging into devices. Hopefully, the new demo mode will offer up that option without the in-depth management required by enterprise enrollment.

Alternatively, demo mode can also used by developers who need to take screenshots with a clean UI free of notifications and displaying stock interfaces.

The flag has yet to show up in Canary but I will be tinkering around to see if I can get it working and will report back when we know more.