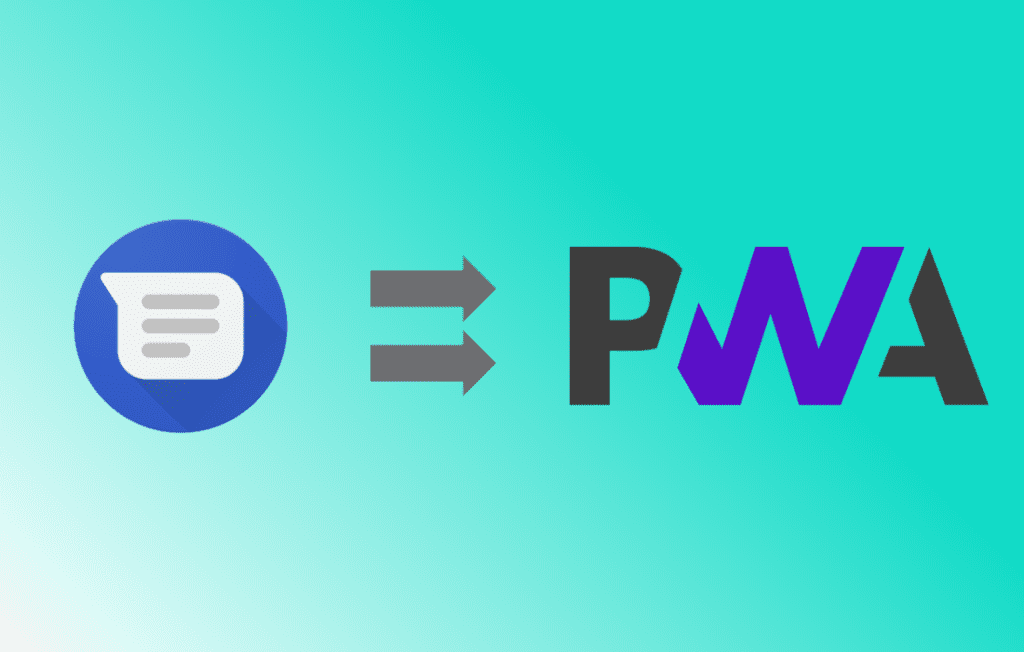 Times they are a-changin’ and the lines between browsers, apps and even operating systems continue to get fuzzier by the day. Progressive Web Apps very well may be the figurehead for this new generation of app delivery and Google is going all in with the cutting-edge platform.

Just last month, Android Messages came to the web and now, it appears that Google mobile messaging could be served up as a PWA(progressive web app) on your Chromebook.

Messaging on Chrome OS began its march over a year ago and in that time has evolved to create a new settings menu item labeled “Connected Devices.” However, despite the continued work, there’s still no sign of the “built-in” messaging app for Chrome OS.

Thanks to Chrome Story, we are now seeing what the endgame may be for the connected devices experience which has now been branded “Better Together,” a term Google has used for a number of products over the years thanks to the fact that many of their apps and platforms sync seamlessly across devices.

The commit in question reads as follows:

Install the Messages PWA at the end of Better Together Setup.

This uses the new PendingAppManager API to install the messages
PWA once setup has been successfully completed. Currently, the
API does not grab the app icon or properly launch in a standalone
window, but fixes for those will be coming shortly.

It’s unclear whether the “Better Together” project will include other apps in the future but very soon, the setup will include the installation of a PWA version of Android Messages. I moved over to the Canary channel to see if I might be able to get this working but it looks like the switch is still turned off.

I did uncover a new flag related to the project. Until now, enabling the “MultiDevice” flags in chrome://flags to access the “Connected Devices” tab on my device.

Alas, it still does nothing for completing the “Better Together” setup process but the project is definitely moving forward. With almost daily updates, the Canary Channel of Chrome OS could very well see the completion of this project in the coming weeks before Google’s rumored October hardware event.

You can still use the web version of Android Messages on your Chromebook but the push for in-house PWAs from Google is a good sign that this is the direction the web continues to move. Stay tuned as we dig deeper into what’s new in Chrome OS.