Chrome OS version 70 has just begun rolling out to some devices and with it comes some much-anticipated UI changes that focus on a more tablet-centric user experience. Before you get too excited, I did say “some” of devices. Roughly, around 33% of all Chrome devices have received the update and many that have are older machines.

Below you can see the list of Chromebooks, Chromeboxes and even a Chromebit that are currently running Chrome OS 70 in the Stable channel.

The good news is that the Beta channel is on the exact same version for most devices so we’ve already gotten a good look at what to expect. Check out Robby’s video highlighting the new tablet features that will arrive when you get your update to 70. 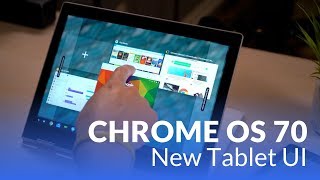 Chrome OS version 70 has just begun rolling out to some devices and with it comes some much-anticipated UI changes that focus on a more tablet-centric user experience. Before you get too excited, I did say "some" of devices. Roughly, around 33% of all Chrome devices have received the update and many

In addition to the redesigned launcher and system tray, you will soon see your shelf icons centered and slightly larger for optimal use when in tablet mode. There’s also the addition of a true floating keyboard that feels way more Android and a lot less Chrome OS. In the accessibility features, enabling the onscreen keyboard brings up the familiar layout but clicking the “undock” icon at the top of the keyboard will give you this. 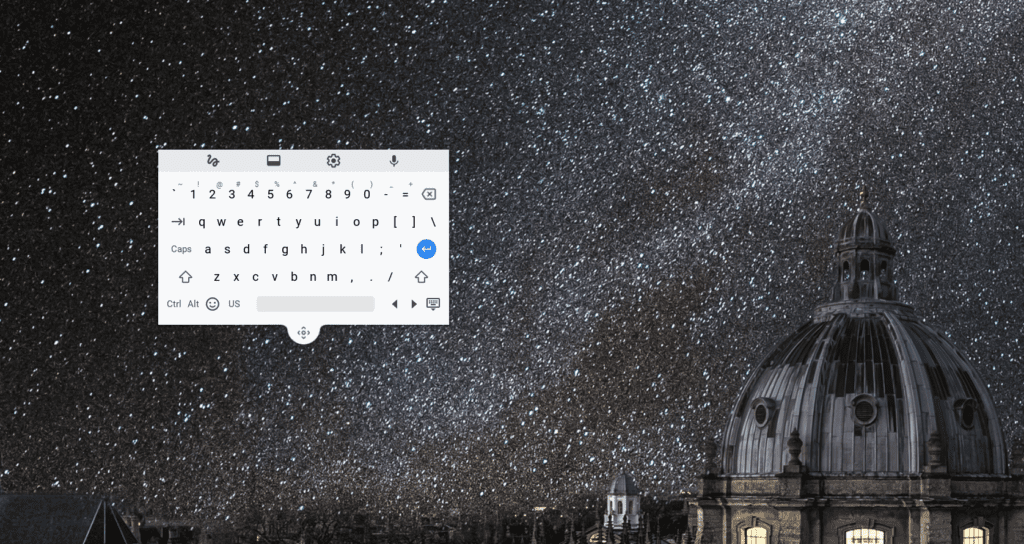 You can even toggle to handwriting mode and take advantage of text-detection to transcribe what you jot down. Simply click into a text field in any app or webpage and the floating keyboard will pop up. Select the handwriting tool and as you write you will see suggested words at the top. Select the word you want and it will automatically transcribe to the text field you clicked. 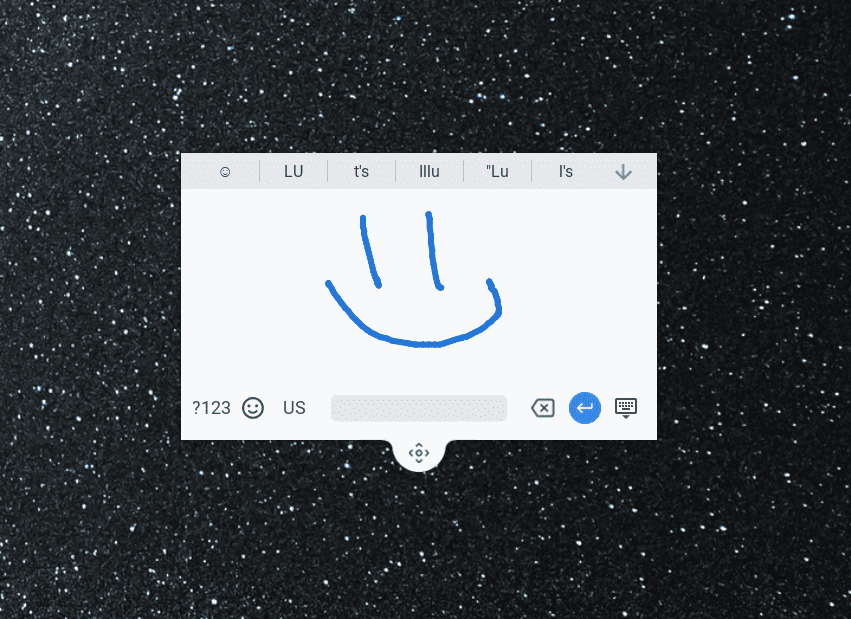 Yes, it will even suggest emojis. 🙂

New Android app shortcuts, material design and keyboards aren’t all that’s new in 70. Autofill features now have the ability to be separated between payment methods and addresses should you need that function.

On the security front, users will now have the ability to restrict extensions to accessing only sites of their choosing. More details about that can be found on the Chromium blog.

Last up is the addition of the AV1 codec decoder that is the industries leading platform for delivering better video in smaller packages. The feature is decoding only at the moment for the Chrome browser. No encoding capabilities are being shipped in this update.

I’m still tinkering around with some other features I’ve uncovered in Chrome OS 70 Stable and will follow up ASAP with my findings. I suspect there is more to this update than the official release notes shared. Stay tuned.