You are here: Home / Chrome OS / [Update] ASUS Is Up To Bat: Chromebox 3 Shows Up Online 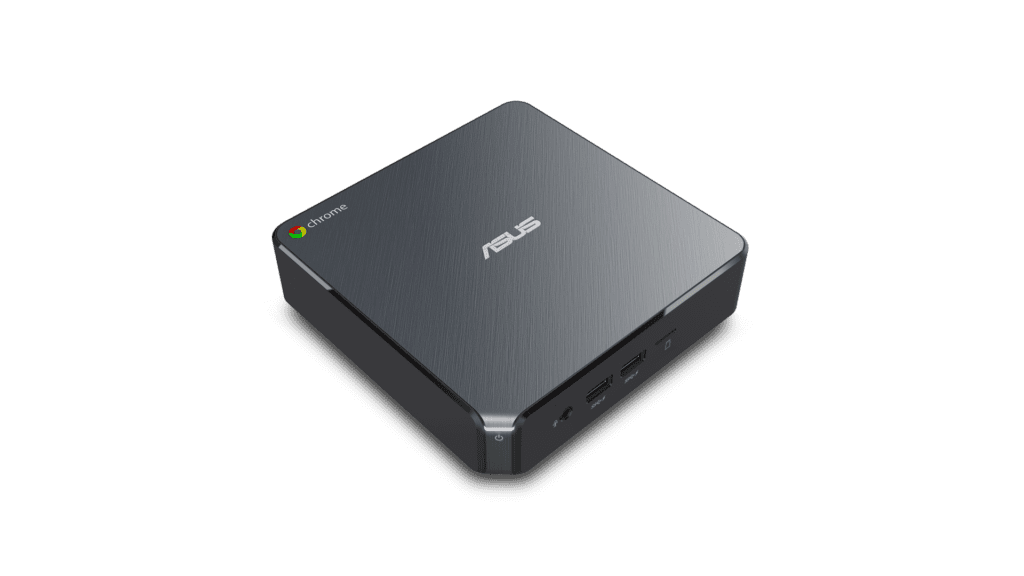 Two down, one to go.

Apart from the Celeron offerings from CTL and ViewSonic, three major players in the Kaby Lake Chromebox market are all slated to launch their Chrome OS desktops sometime in the coming weeks. Although Acer has yet to “officially” release the CXI3, it has been up for preorder for a couple of weeks at various online retailers.

That leaves HP and ASUS and it appears that ASUS will be the next to market.

Our friend, D.J. Lu has been keeping us abreast of multiple overseas listings of the new ASUS Chromebox 3 from the usual sites that often pre-list devices well before their release date. Various Canadian and European hardware sites are listing the Kaby Lake powered box with little detail and a wide variety of pricing but thanks to George E., we now see some listings here in the U.S. that give us a more definitive insight into what we can expect the ASUS to cost.

NextWarehouse has listed all four models of the ASUS Chromebox 3 which include a Celeron, Core i3, Core i7 and a slightly pricier Core i3 that I presume is actually the Core i5 model. Using the live inventory update, you can see that the ASUS will be a manufacturer direct purchase and expected availability is 2-3 weeks.

Heading over to Tiger Direct, we find the same model numbers and a correctly labeled Core i5 version. Like NextWarehouse, Tiger Direct lists no specifications for the Chromebox and they are all listed as “temporarily unavailable” but you can go ahead and place your preorder and it will ship as soon as it is in stock.

We have fielded a lot of questions about which of the three OEMs will be the best one to purchase and honestly, it’s a crapshoot. Pricing appears to be fairly similar between Acer and ASUS and I would expect the same from HP. Although, the ASUS is currently about $10-$15 less than the Acer across the board.

What it boils down to will be price and the ability to customize. The chipsets are all the same. The ports on the devices are the same as well. The Acer comes with a Vesa mount and a cool little desktop stand which is pretty cool. Unfortunately, until we get our hands on these and crack them open to see which has the easiest RAM and SSD to upgrade, your guess is as good as ours on which, if any, are a better value.

You can check out the Tiger Direct listings here.

*Update – Our friend, George E. has shared some information on the current listings for the ASUS Chromebox 3 and it appears that their is not a Core i5 model at this time. Instead, we are seeing multiple sites list two versions of the Core i3 model with different RAM options.

If you’re holding out for the HP, George E. also informed me that he received word that their Chromebox is slated for release around May 30th. Likely they are investing more marketing power on the recently-launched HP Chromebook x2 detachable that will be available in June.

Very special thanks to D.J. Lu and George E. for keeping a close watch on the web and digging up these listings.