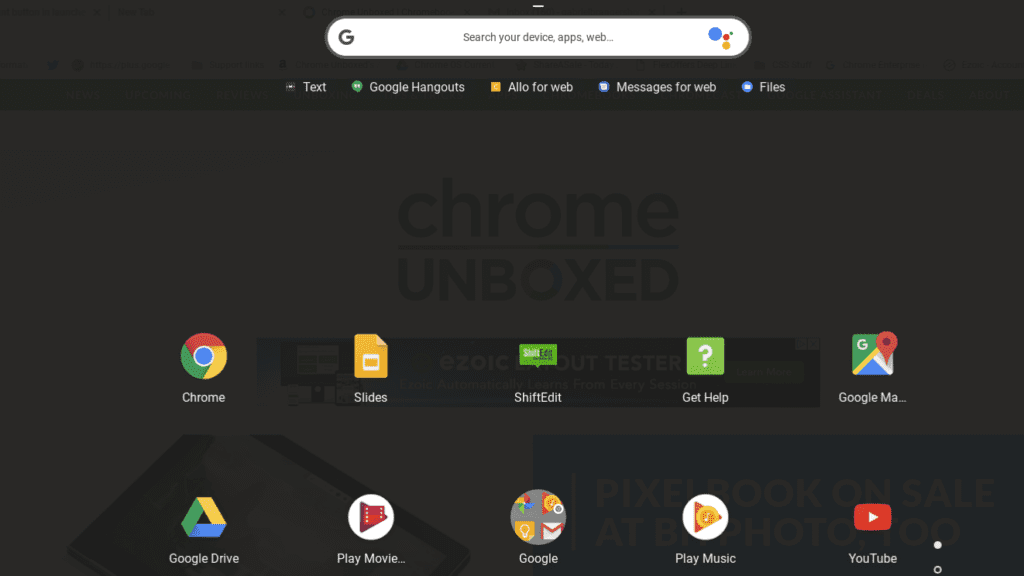 For non-Pixelbook owners, the Google Assistant has been an elusive mistress. For months, we have continued to uncover evidence of developers laying the groundwork for the Assistant’s debut on other Chrome devices. Yet, a year and a half later, there’s still no word from Google as to if or when this Pixelbook-exclusive feature could come to the rest of us.

For those (like us) who were beginning to wonder if the Assistant will ever make its way to more Chromebooks, we offer another glimmer of hope.

Another piece of the puzzle has been added and it looks like Google is making moves to have the Assistant be as at home on a Chromebook as she is on your phones or tablets. This should be in addition to some form of keyboard shortcut to invoke the Assistant on devices that lack a physical key a.k.a. the Pixelbook and suspected future versions from Google.

Digging down into the comments, we see that the Assistant button will only pop up if you opt-in to use Google’s handy helper. So, for those not interested in having the Assistant, no worries. You will have the choice to skip the Assistant opt-in flow.

Based on our research, when the Assistant lands on other Chrome devices, there will be an Out of the Box(OOBE) opt-in screen when setting up your Chromebook. If you are already signed in, we have discovered an alternative method for invoking the Assistant.

Point your browser to chrome://assistant-optin/ will fire up the Assistant opt-in process. Unfortunately, the switch has yet to be flipped on the developer end so we will have to wait a bit longer to enjoy the Assistant experience on Chrome OS.