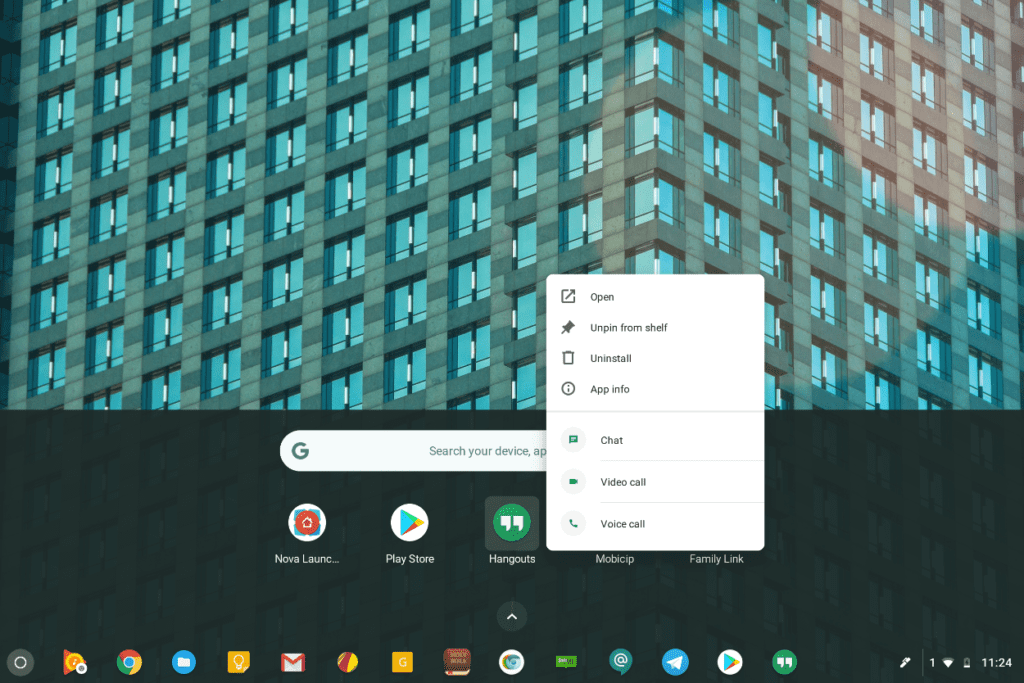 Chrome OS continues to evolve at a quickening pace with new features, greater capabilities and competitive hardware. While it is amazing to see our beloved OS come into its own, most days it’s hard to keep track of all that’s shiny and new.

Android apps, Linux apps, Material design and even more, Chromebooks are becoming increasingly robust and functional as the days pass by.

One of the latest tweaks to the Android side of Chrome OS comes to us by way of Chrome herald François Beaufort. In a recent update to the Developer channel, a new flag enables Android shortcut items much like you’d find on your mobile device.

changes:
This CL (paired with Android side CL) gets some metadata from Android
to sort the app shortcut items in context menu based on two rules:
(1) Static (declared in manifest) shortcuts and then dynamic shortcuts;
(2) Within each shortcut type (static and dynamic), shortcuts are sorted
in order of increasing rank according to getRank().

The flag, chrome://flags/#enable-touchable-app-context-menu, is disabled by default but flipping the switch and relaunching your browser will give you the ability to right-click or long-press Android icons on the shelf or in the launcher. You will then be greeted with a variety of shortcuts as they pertain to the specific app.

In the image above, I have the Hangouts Android app installed and just like on my phone, I can long-press and find shortcuts to make a call, start a chat or even uninstall the app. The new look is somewhat of a melding between Android shortcuts and the existing menu for Chrome apps. I would guess, in the future, Android and Chrome apps will share a very similar look with the Android apps having the extra features expected from mobile apps.