You are here: Home / Chromebooks / Lenovo IdeaPad 3 review: The little ($169) Chromebook that could [Video] 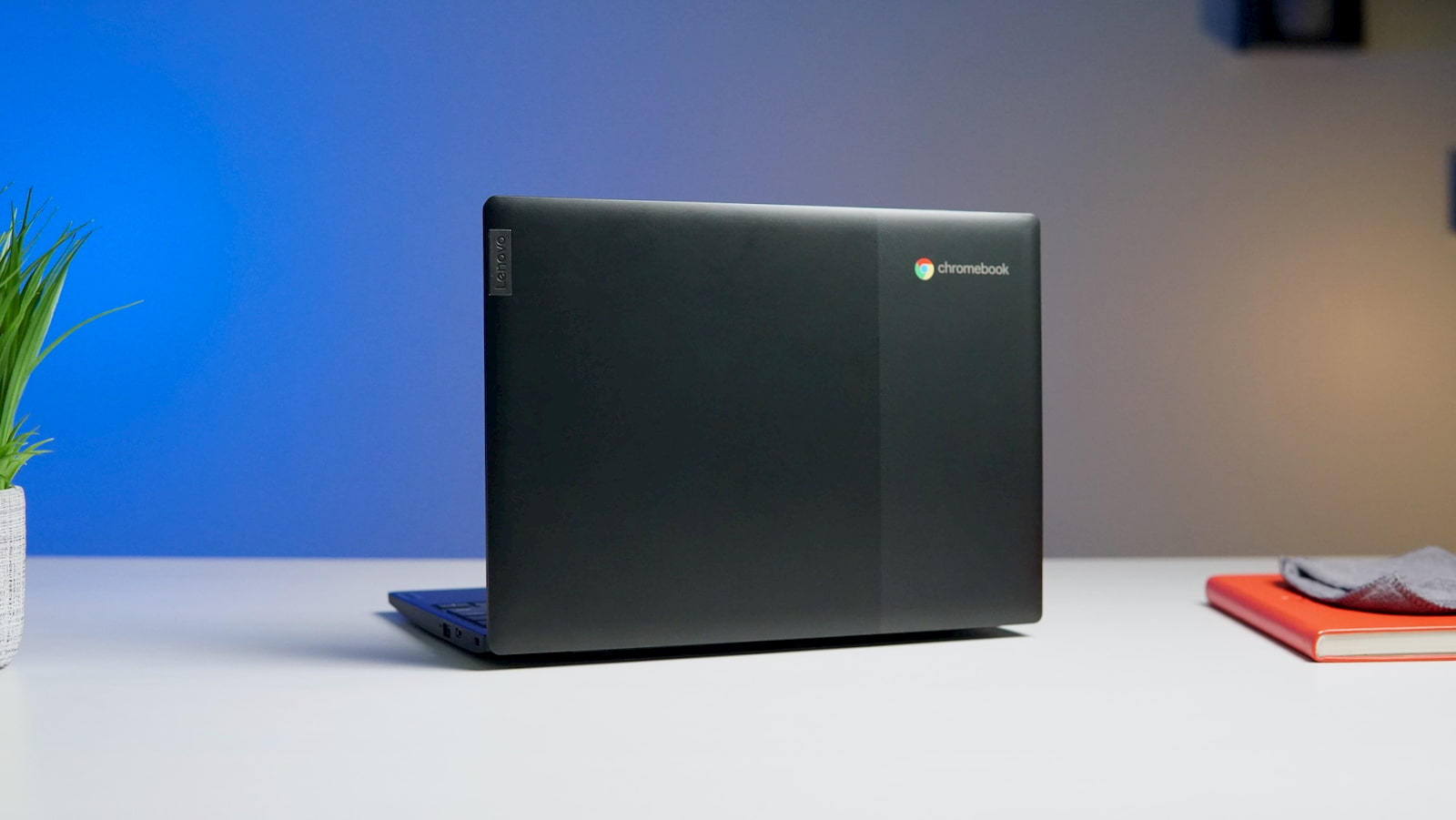 When I drove down to our local Walmart to pick up my online order, I gotta be honest, I wasn’t expecting much. For under $200, I don’t recall very many Chromebooks that deliver any kind of real-world performance. I certainly can’t think of any devices in that price range that I’d actually recommend to anyone. Still, there’s always an exception to the rule and the Lenovo IdeaPad Chromebook 3 may be just that. A unicorn. An anomaly.

When you think about Chromebooks under $250, I often think of the older Acer 15 with 2GB of RAM, dismal display and an archaic Braswell processor. Most other devices in that price range are either on their way out the updates door or they are simply just garbage. I mean honestly, we’ve reviewed $350 Apollo Lake Chromebooks that I wouldn’t wish on my worst enemy. (HP, I’m looking at you.) So, when I unboxed the $169 Lenovo Chromebook 3, my expectations were well-tempered, to say the least. Man, was I surprised. After using the Lenovo Chromebook 3 as my daily driver for a little over a week, I’m excited to bring you this review and share my thoughts on the first sub-$200 Chromebook I’d gladly recommend.

Out of the box, the Lenovo Chromebook 3 felt well put together if that’s something that you can feel when you first pick up a laptop. The chassis doesn’t have a lot of flex, the hinges are solid and smooth and the weight to body ratio doesn’t make it feel like a clunky slab when you’re carrying it around. This model doesn’t feature any sort of mil-spec ratings to speak of so you probably don’t want to drop-test it but the chassis feels solid enough to take on the normal abuse of daily life.

This Chromebook is a traditional clamshell and despite some confusion around it being listed as “fold-flat,” I found that the screen would actually only open to about 175 degrees. Not a big deal as I don’t really put any of my devices in that position…ever but if you buy one, don’t try to force the display to 180 degrees. It won’t go well for you. Again, this is an all-plastic device but the Chromebook 3 doesn’t feel fragile in your hand and the distinct two-tone lid and textured bottom give it a unique look that aids in making it look “not cheap.”

This is the part of the review that most concerned me when we decided to purchase this Chromebook. Most 11.6′, non-touchscreen Chromebooks have panels that are atrocious. Poor color gamut (washed out colors) is forgivable if a device can offer decent viewing angles and enough brightness to actually work in brighter lighting conditions. Unfortunately, most Chromebooks (and even Windows devices) in the $200-$300 range fail to excel in any of those three departments. The Lenovo Chromebook 3 is one of the few exceptions. Don’t get me wrong, the color accuracy of this TN panel is not great. Okay, I’ll be completely honest. The colors are pretty bad.

That said, this TN display puts out 250 nits of brightness and you can actually see the screen if you’re sitting off-angle. That can’t be said of many “cheap” Chromebooks. It’s not the best display on a Chromebook by any stretch of the imagination but it is most certainly not the worst. Above the screen, you’ll find the standard 720p webcam that works as well as just about any average PC camera.

Lenovo has always impressed me with the keyboards in their lesser devices. When it comes to premium Chromebooks, it’s tough to beat a #madebygoogle device and I find I like Acer and ASUS’ keyboards more so than say the Lenovo Yoga Chromebook. Still, on budget devices, Lenovo never seems to “cheap out” like some other OEMs. The keyboard doesn’t feel mushy, it has good travel and just the right amount of resistance that I like when I’m writing for long periods of time. I give the keyboard a solid B+.

The trackpad of the Chromebook 3 has its shortcomings simply because it is plastic. That’s not to say it’s a bad trackpad. On the contrary, it is nice and wide, the click is great and it doesn’t flop around like a goldfish that just emancipated itself from the fishbowl. That’s more than I can say for some of the Chromebooks we’ve tested that cost 2-3 times as much. My only real gripe about the trackpad is that the plastic becomes tacky very quickly during a day’s use. We live in an area of the country where the humidity is quite high during the summer. I found myself having to wipe the trackpad off at least a couple of times a day. That’s the nature of plastic trackpads but I’d love to see OEMs find a way around this small albeit legitimate nuisance.

The Lenovo Chromebook 3 offers a great mix of ports which is unusual for 11.6″ device whether inexpensive or pricey. The only thing missing, really, is a full-sized HDMI port but that’s quickly becoming a standard omission on laptops not aimed at business or EDU. This model features 2 USB-C, 2 USB-A, a MicroSD card reader and a headphone jack. There’s pretty much nothing else you need. I used my OWC USB-C travel dock to extend the Lenovo to my QHD monitor and the Chromebook also charged via the same USB-C port that it was outputting from which left me with an ample port selection.

I didn’t really test the speakers until the morning of recording. Most laptops have garbage speakers. I didn’t expect this one to be any different especially with a $169 price tag. Yet, to be thorough, I fired up some tunes and was floored at the amount of sound coming from this tiny Chromebook. Now, that doesn’t mean it sounded great. There is practically no low end but the speakers are very loud and surprisingly clear. A lot of cheaper devices with upward-firing speakers sound really tinny and garbled. The Lenovo’s speakers are technically downward-firing but the grills are at the front of the device and are offset just enough that they aren’t flat against my desk. The clarity and volume were shocking. I wouldn’t want to consume a lot of music on this device but for meetings, the speakers will offer users great call quality.

As I mentioned in the video, the processor in this Chromebook is what drew my attention to it in the first place. It is powered by the Intel Celeron Gemini Lake-R N4020 processor. Benchmarks on this chip put it on par with some U-series Celeron CPUs from just a couple of years ago and that’s a huge jump for low-powered Atom-level processors. What that means for you is that this Chromebook will handle most anything the average user will throw at it. Whether you’re browsing social media, watching cat videos on YouTube or even playing Stadia, the N4020 runs like a champ and you’ll probably forget that you’re using a Chromebook that cost less than $200. The CPU is paired with 4GB of RAM and 32GB of storage which is about the bare minimum I’d every recommend but thankfully the Lenovo does have that MicroSD card slot for quickly transferring files. Besides, it’s Chrome OS. You should really be leveraging the cloud. 😉

When I unboxed this Chromebook, the question was “can a $169 device actually be worth buying?” Well, to make a long story short, YES. Does that mean this Chromebook is for everyone? Absolutely not. Many users want or need better internals or a nicer display. A lot of consumers want a 2-in-1 or perhaps a tablet and that’s okay. What I am saying is, for $169, this Chromebook will serve you well and is worth every penny and then some. While it may not be for everyone, it is definitely a great choice for many. If you need a cheap device, quickly that will actually put in work, this Chromebook is for you. Maybe you just want an inexpensive second device for the kids or simply to have as a backup around the house. The Lenovo Chromebook 3 is worth a look.