You are here: Home / News / Google’s Pixel Fall Launch live stream is already up on YouTube if you know where to look 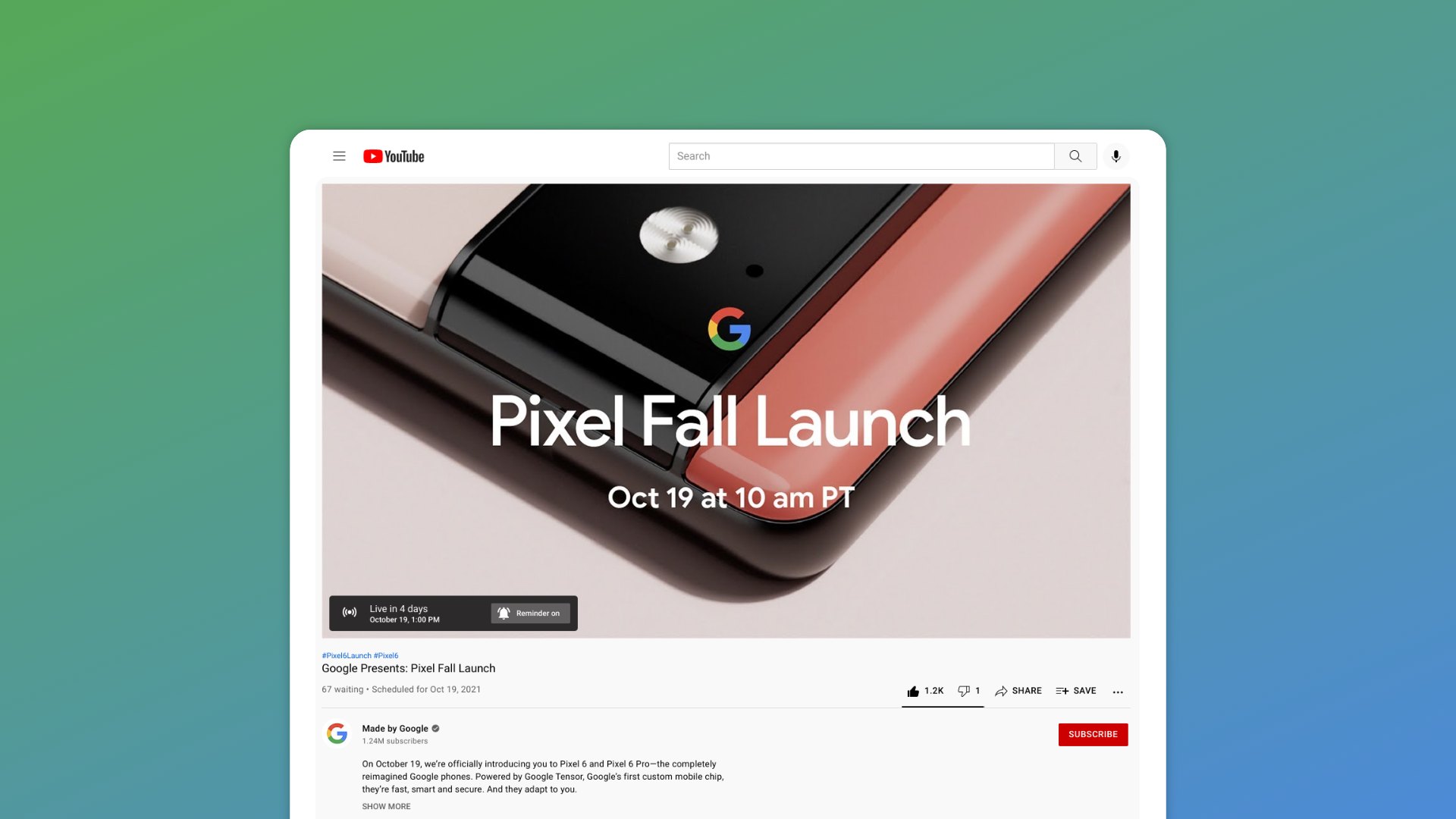 The Pixel Fall Launch event can’t happen soon enough, am I right? With at least the Pixel 6 and Pixel 6 Pro on tap for the event, I don’t think I’m alone in my high anticipation of finally being able to get my hands on one of these new phones. We’ve been over it again and again at this point, so I don’t think we have to rehash it; but these phones are what we Pixel fans have wanted for a very, very long time.

Google has put out a really amazing landing page for the event. It’s so good, honestly, that I devoted an entire post to dote on how good it is from a web development point of view. It really is brilliant and worth checking out if you haven’t had time to see it. Desktop and mobile both work with the layout, too, so whatever device you’re on will work just fine.

While Google says that you can return to that page when the event begins – October 19th at 10AM PST – to watch the whole thing with the rest of the world, there’s a good chance that many of you will simply forget the web address to that sweet landing page between now and then. It’s https://pixelevent.withgoogle.com/ for good measure, but even though I’ve visited it multiple times since it arrived, I had to look in a previous article to find it for myself just now.

As much as I love Google’s event page, when push comes to shove next Tuesday, you’re going to want to be able to find that video when things get started. Sure, you can come here and look or run some searches, but wouldn’t it just be easier to go to your YouTube playlist, click into your saved videos (I put mine in the ‘Watch Later’ list) and just start watching? Wouldn’t it be even easier if you could just go to the video right now and click the notification bell in the bottom-left corner and can get pinged when the live stream is about to begin?

Luckily, Google’s live event video is already in place on the Made By Google YouTube channel and after digging around a bit to find it, I wanted to share the direct link to the event video here on the site so you can easily find it when it’s actually time for the event.

As a nice little addition, just like with any live stream, you get to see the countdown as we approach the official unveiling of Google’s new phones and maybe a few little extras. We’re not entirely sure what will and won’t make the event, but we know for sure the Pixel 6 and Pixel 6 Pro will be there, and frankly, that’s enough for me. Let’s just hope Google has enough of these bad boys to sell with all the chip shortages, because it feels like they are going to need them.