The Google Play Games app was just updated to add an “instant” game at the top of the home page that will be hand picked for your enjoyment each week. This is no doubt a two-fold endeavor by Google. On one hand, they want to increase play time and discovery of the millions of games that exist in the Play Store and on the other hand to promote their instant games feature.

Instant apps are basically demos of a developers app or game that is cut down to 15mb and served over Googles Cloud. The intent is to help developers reel in more players and to increase discoverability and monetization of their games. Ultimately though, the idea is to get players in the game without them having to waste time downloading it just to see if they like it or not.

Native Android apps, without the installation

With Google Play Instant, people can use an app or game without installing it first. Increase engagement with your Android app or gain more installs by surfacing your instant app across the Play Store and Google Play Games app.

As you’ll notice from the screenshot below, upon entering the Play Games app after the update, you’ll be prompted with this pop-up asking you if you’d like to receive notifications when the Game of the Week is rotated out with a new one. If you change your mind, a toggle to turn this notification on or off also resides in the settings of the app.

This weeks instant game is Space Chase: Odyssey by developer Snowdon. Its a sleek space game where you’ll navigate your ship through asteroids and caverns on an alien planet. The ship feels so fluid that you’ll actually feel as though you’re controlling a paper airplane. We felt that using our left thumb to move up and down was a little less intuitive than it was meant to be. You can try the game with zero install by opening the Google Play Games app and tapping on the game in the new feature header on the home page.

If you arent seeing the instant game feature yet, just hang tight. Updates like these are generally server side and Google is all about staged rollouts. 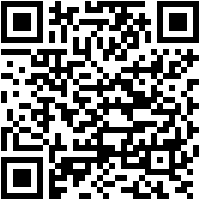