You are here: Home / New & Upcoming Features / Google implements extreme security measures in response to the war in Ukraine 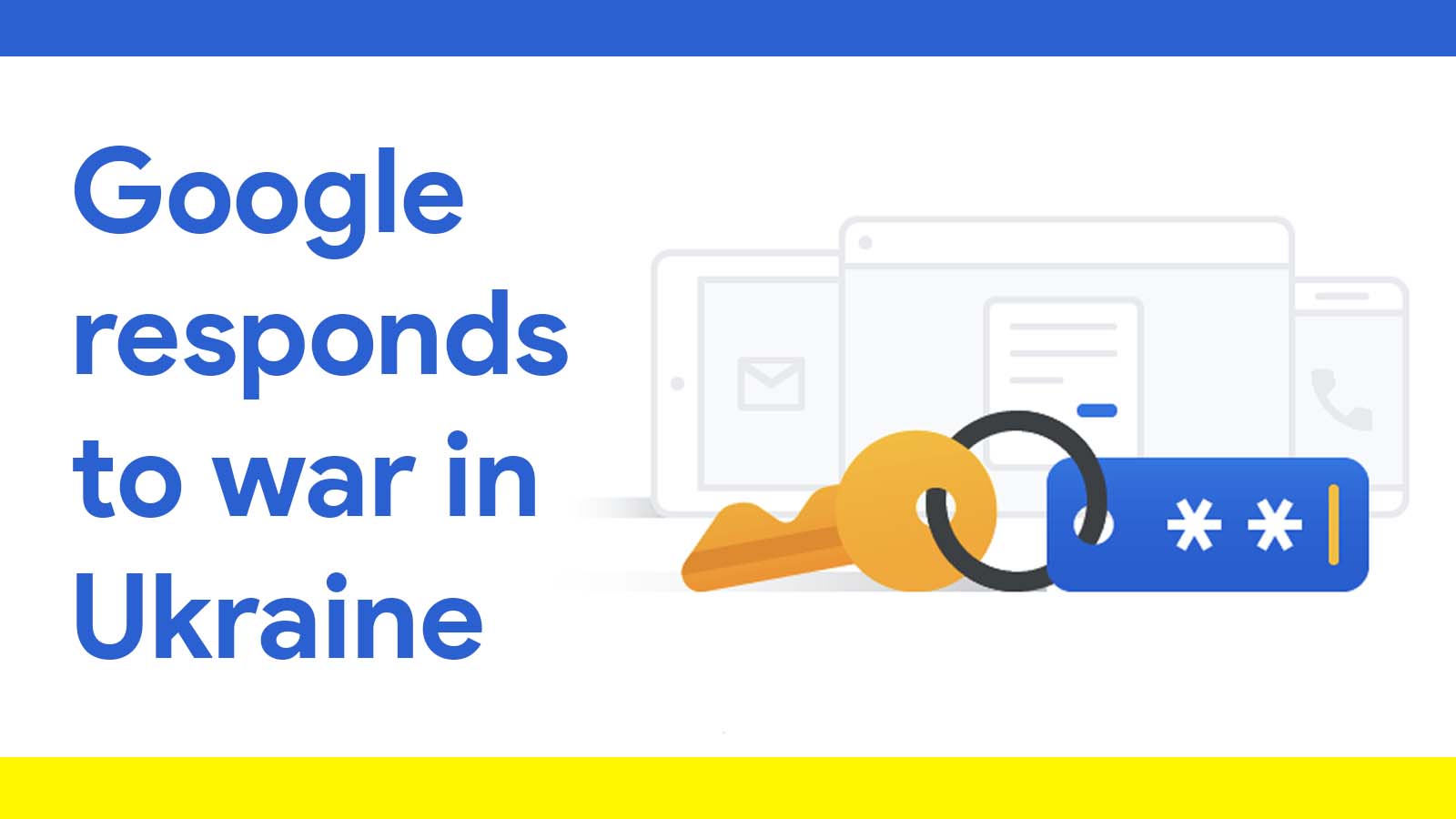 As the full-scale invasion of Ukraine continues and the capital city of Kyiv is relentlessly attacked today, we want to take a moment to state that our hearts go out to those that have already needlessly lost their lives by being caught in the crossfire of a political war.

In response to this terror, the Twitter account for Google Europe went on recently to state that the company’s incident response team has taken measures to automatically increase account security protections for people in the region and that it will continue to do so as cyber security threats evolve during the ongoing conflict. This is likely occurring through automatic activation of 2-step verification on those accounts as it has done with millions of other accounts globally over the past few months.

It then went on to discuss other ways in which it was helping keep data safe against cybercrimes in and around Ukraine. Google Safe Browsing is on by default and identifies phishing and malware scenes, and something called Project Shield provides free and unlimited protection against DDoS attacks. According to the tweet, a number of Ukrainian websites have already opted in to the service through Google’s Advanced Protection Program.

Additionally, it’s doing what it can to surface videos only from trustworthy news sources and is working hard to remove content that spreads misinformation surrounding the war as it unfolds. For example, just recently, it paused a number of channels and their ability to monetize videos with ads, as well as “significantly limiting recommendations to these channels”.

One of the prominent Youtube channels that have been blocked in this way is Russia’s state-owned media outlet called “RT”. Others include several Russian channels affiliated with recent sanctions imposed by the EU. Team Youtube has deleted hundreds of channels and thousands of videos that have violated its misinformation policies over the past few days as well.

In a statement given to Reuters, team Youtube cites “extraordinary circumstances” as their response to the actions taken and even went so far as to bar Russian state-funded media outlets from being able to use Google’s tools to place ads across Google services like Gmail, Search, and more.

Youtube joins a growing number of corporations, including Meta to attempt to place a stopper on malicious behavior initiated by specific Russian parties in the tech space. Lastly, Google has also disabled live traffic layer features in Maps in Ukraine in an effort to prevent it from being used for observing vehicle movement in and around conflict zones. Prior to the switch being flicked, the indication is that this may have been utilized by Russian aggressors to pinpoint civilians and Ukrainian forces without their knowledge.

Wars are increasingly being fought through the digital space, but most of the world today agreed at the United Nations General Assembly that wars should also be fought through diplomacy and discussion – not with brute force like in the past. Big tech companies like Google and Facebook have loads of power over the flow of information as evidenced over the past few days, and while this is often seen as a bad thing in regards to civil liberties issues, it certainly is working in favor of the innocent in this situation, even if it is just a small endeavor in the midst of so much horrible violence.