You are here: Home / All Stories / Chromebooks Evolved: Is A Chrome OS Phone In Our Future? Chromebooks are entering a new phase in their life cycle. Not ‘just a browser’ any longer, these devices are gaining abilities and use-cases that just a few years ago were not possible with a Chromebook. There are many factors involved in Chrome OS’ maturation, one of those being Android Apps, and many factors at play when I hypothesize the possibility of a phone running Chrome OS in our future.

I want to lay out some ground rules here, first. I have no insider information and I’m definitely not saying this WILL happen. I’m only stating that it is possible and conceivable.

Second, this will be an editorial (if that hasn’t already become clear by this point), so my opinions and thoughts will be used here. Mixed with facts, this piece will largely be conjecture on a possible future for Chrome OS.

Now that we have that out of the way, let’s chat for a minute.

Why Would This Happen?

There’s always been a tech dream of having a singular, portable device that does it all, right? The phone that can dock in a clamshell or desktop and function like a ‘real’ computer.

Remember back in 2010 when Motorola announced the Atrix? Yeah, maybe not. I do, though. I remember being so excited that I could have a phone be a phone, laptop and a desktop all in one.

Sadly, the desktop it shipped with was severely underpowered and the phone wasn’t that great either.

We’ve seen other things like this, with keyboard cases for tablets, Surface Pro’s trying to be both tablet and laptop, Samsung’s new Dex platform, and even some leaked patent material from Apple showing how a phone could dock into a laptop and become the brains and trackpad. See for yourself below. 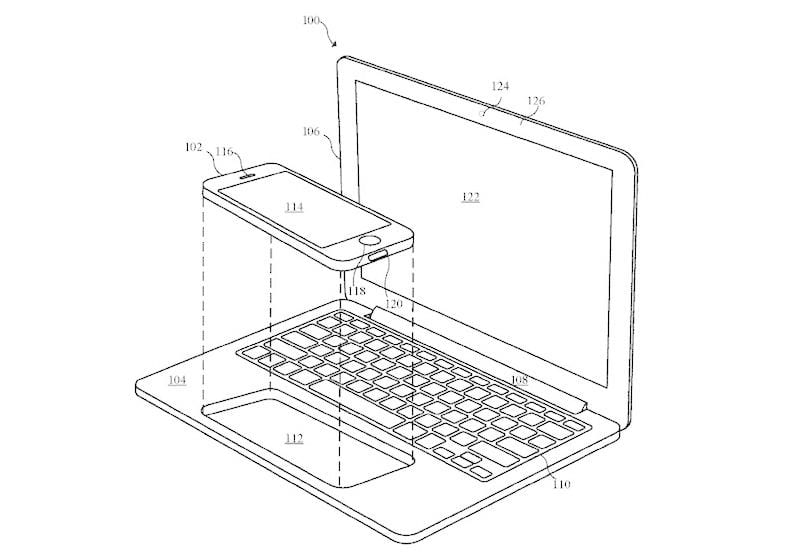 We can go back and forth all day about the merits of any of these attempts. That’s not the point here. The point is, manufacturers are trying to get this type of thing right. Device convergence is real and people want it.

But they want it done right, and no one has really delivered that in its fullness.

Chrome OS Could Do It

Again, I’m not saying Google is moving this direction. All I’m saying is they could use Chrome OS to do it.

There are a lot of moving parts that need to fully congeal for this to actually occur, but the parts are there. Consider this:

Look, I’m sure there are some of you ready to light up the comment section right about now, and that is fine. Just remember these are my musings and thoughts, not Gospel truth.


I think things are lining up in a very, very unique way for Google and Chrome OS. This will all take time if it ever happens at all, but it definitely could happen. Between Chrome OS’ maturation, PWAs evolution, and Google’s ability to deliver its services basically anywhere, I can see this future happening.

Chrome OS on a phone could be a game-changer. One device dropped into multiple setups (laptop dock, tablet dock, desktop dock) with the ability to be great across them all. It sounds too good to be true, and perhaps it is. But I love thinking about ‘what if’ from time to time. And I think this could be amazing.