You are here: Home / Chrome OS / New addition coming to the ChromeOS OOBE is something we’ve needed for a long time 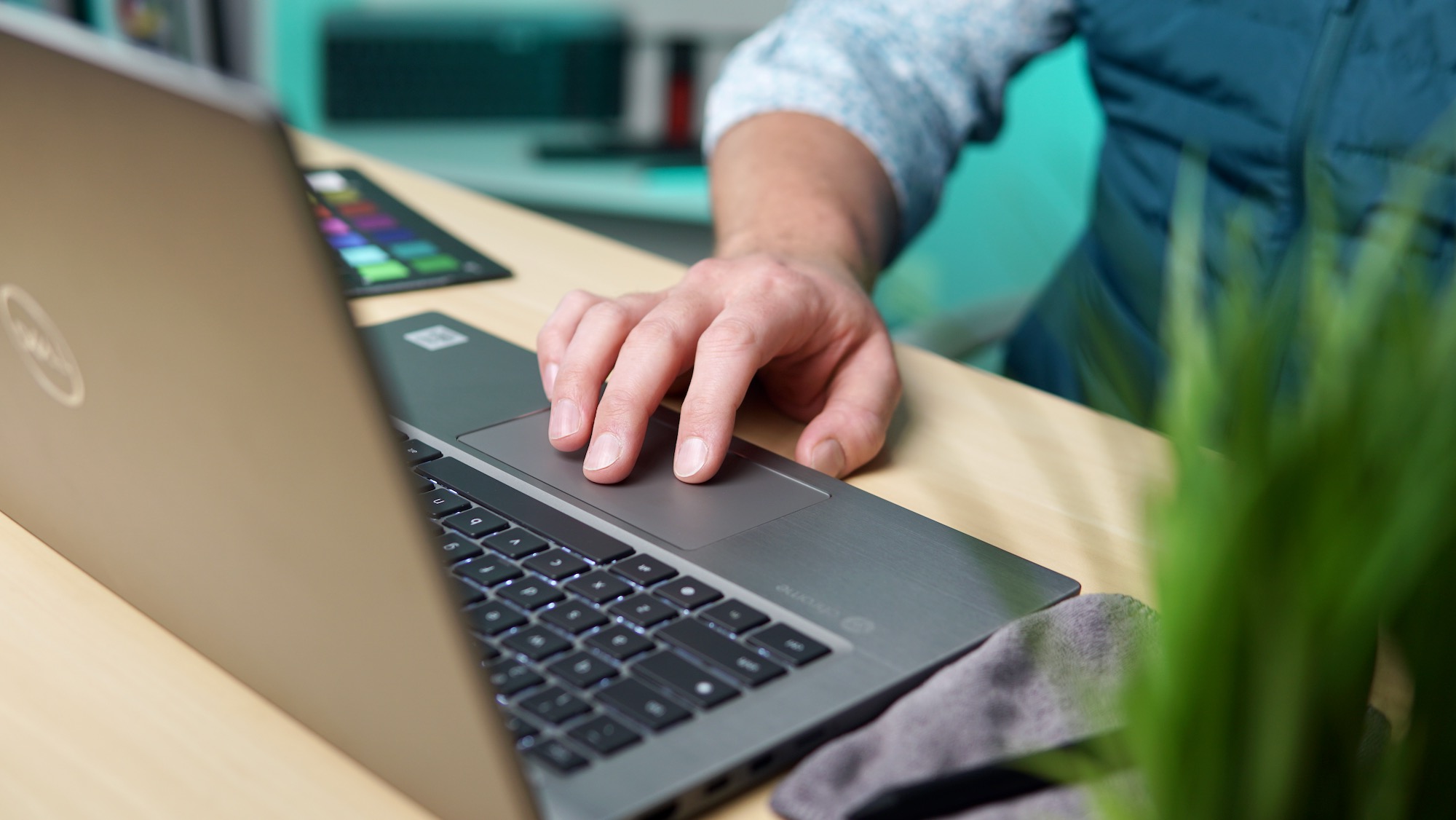 As the years have gone on, the OOBE (out of box experience) for Chromebooks has grown into something that is really helpful for new users migrating from other systems. From setting up Wi-Fi to enabling Google Assistant to setting your device’s theme, the OOBE has matured to really get users oriented and ready for that first boot-up with aplomb.

For my personal setup, there are only a few things I have to do after going through the OOBE on a new device, meaning most of the necessary bits are in place right away when I sign into a new Chromebook. While I’d love to see an additional account sign-in screen right off the bat (I always have 3 signed-in accounts on any Chromebook I operate), I’ve been pretty happy with the current OOBE for quite some time.

But one setting that many new users don’t know about – trackpad scroll direction – still isn’t front and center, and that’s a bit unfortunate. For existing Chromebook folks, the trackpad scroll direction is synced and will follow you from device to device without any need to change it. But for those who have yet to use a Chromebook, this setting isn’t always clear to the end user, and moving forward, it will be.

There are actually quite a few commits on this effort already, so it likely won’t be long until it is added to the Stable Channel build of ChromeOS. It’s a simple change, but getting new users to understand that there is a simple setting for changing the way your trackpad scrolls content is a big deal and something that needs to be clear from the early parts of the setup.

For the time being, ChromeOS defaults to the backwards-feeling, pre-Macbook scroll style that would have the content move in the opposite direction of your fingers on the trackpad. While this makes sense for the scroll wheel on a mouse, a 2-finger trackpad scroll feels far more like moving content on a touchscreen, so the page should move in the same direction as your hand. At least in my opinion.

My hope is that Google changes this default setting and then gives the user a heads-up that they can switch it to the non-modern setting if they so choose. There was once a time where the overview mode trigger (3-finger swipe) stayed backwards (swipe down) if your trackpad scroll setting wasn’t swapped, and they ditched that over a year ago. Currently, regardless of your scroll preference, 3-finger swipes upward are the only gestures that put you in the overview mode.

In a similar fashion, as Macbooks and Windows laptops all default to content scrolling in the same direction of your fingers with the trackpad, Google needs to move to this default setting as well. With the new OOBE prompt, it feels like that could be just around the corner. Either way, surfacing the setting to new users right out of the gate is a win and will make for more proficient Chromebook usage across the board once it gets implemented.