You are here: Home / All Stories / Chrome OS vs. Windows 10 S: Battle For The Classroom 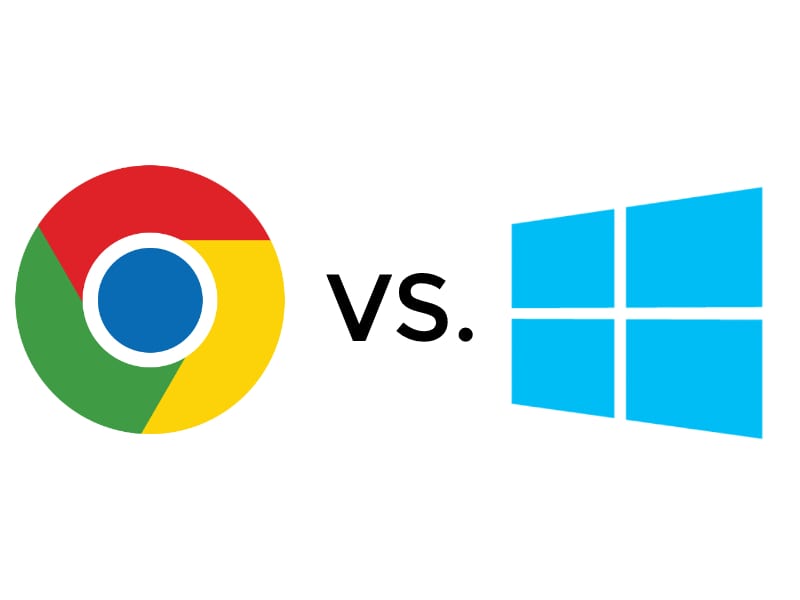 Last week, Microsoft’s “education” event hinged on their new operating system Windows 10 S. While I have my opinions as to the true purpose behind the event, the fact remains Microsoft has made their move to capture the education sector. With a new cloud-based OS and an army of “Chromebook killing” PCs, Microsoft is looking to gain some ground in the school system.

Before I set out to share my opinion on the match up of Chrome OS and Windows 10 S, let me be clear that I have a very limited knowledge of Microsoft’s Cloud infrastructure. Additionally, what the Windows App Store will look like in the coming months and how versatile this OS will really be remains to be seen. With that being said, I just want to place these systems side-by-side and see how things measure up.

Windows 10 S will have access to the Windows Store and its applications. Which apps will be compatible remains to be seen. As of today, there isn’t a listing, per se, of which apps are going to be compatible with 10 S and ultimately that fate will lie in the hands of Microsoft and the app developers. This excerpt from the Windows 10 S FAQ shows us the state of apps at the moment.

Now, what this means for the future of the Windows Store is a mystery. Surely Microsoft would not roll out an educational platform without a strong plan in place for the application market. I do know this. As an education administrator planning my budget for the 2017-2018 school year, I’m not dropping a dime on a fleet of laptops that may or may not run the applications I need for my classroom. Buying into Windows 10 S as an all-in-one platform all on a wing and a prayer? Not happening.

Microsoft has made some of their products, like OneNote, Google Classroom compatible but you still have to have a GSuite account and then you’re managing different platforms and yadda, yadda, yadda. It’s just a headache. If your school is already a Windows-based program, great, you can tune me out and go about your way. I hope and trust the Windows 10 S platform will serve these institutions well.

Currently, the Office 365 Personal suite of apps are not available in the app store but Microsoft has stated that it is “coming soon.”

Chromebooks and Google Classroom may not be interdependent but they do go hand-in-hand. The fact of the matter is, Google Classroom products may be available across many platforms but the foundations are deeply tied to Google products such as Drive, Sheets, Slides and Gmail. Likewise, these apps are seamlessly woven into Chrome OS. The Chrome Web Store already contains a good majority of applications created for educators as they were built for Google Classroom with Chrome and Chrome OS in mind.

Now let’s talk Android Apps. Yes, I know we’re still waiting for the long-awaited Play Store to finally arrive. But, Android already exists in the school systems and it, like Chrome OS, plays very well with all that is Google Classroom. Even though the mobile OS has slipped to less than 1% of devices in the U.S. education market, Google has made it even easier to manage them via an integrated Admin Console. This console allows administrators to manage apps for Chromebooks, as well as Android devices, all in one space. Two operating systems, one dashboard and one less headache.

Don’t get me wrong, supervised users on Chrome OS isn’t a perfect science. Deployment of Chromebooks for IT administrators can be done with ease but we see users in the forums all the time expressing frustrations with the Admin Console. The question is, how will Microsoft handle the management end of Windows 10 S?

At their recent event, Microsoft VP Terry Myerson did a great job of demonstrating the ease of logging in on a Windows 10 S device and quite frankly it was on par with what Chrome OS users are used to. The management of these devices from the backend wasn’t even mentioned. I’m interested in seeing what Microsoft’s admin platform looks like.

Here’s where the waters get a little muddied. In a very brief blip on the screen, a $189 Windows device was mentioned. Since that time, a number of large media outlets have clearly stated that Microsoft will offer Windows 10 S PCs for this price.

As I stated in my previous article, Mr. Myerson clearly said there were education devices available now with Windows 10, not 10 S. So, if we are comparing apples to apples here, let’s look at the new Windows devices that will be available with the new cloud-based OS.

The example we’re looking at here is the HP ProBook 11 x360 EE convertible. HP has yet to list the $299 model so we will go with the cheapest one on their site. For $418 you can get an 11″ convertible with 2GB RAM, 64GB of storage and the latest N3350 Apollo Lake chipset. This device is listed as coming with Windows 10 Pro as HP isn’t listing 10 S as an option yet. Seems a little pricey for an education model but I’m keeping an open mind here. These are pretty decent specs sans the RAM. I do have to wonder what the $299 model is going to look like. You really can’t get much more stripped down than that.

Now we will look at Acer’s comparable Spin 11 Chromebook. I have specs for the HP Chromebook x360 that will be the counterpart to the Windows device but I do not have pricing info, yet. We do know that most, if not all of the EDU Apollo Lake Chromebooks are all shooting for that same target price range. This will help keep us in the same ballpark while comparing devices.

The Acer Chromebook 11 Spin is currently selling on sites like CDW for right at $400. This version will get you 4GB RAM, the same N3350 processor, and 32GB storage. Both devices sport the same rugged features you would expect from education devices. While the HP has a bit more storage, the sacrifice of RAM is inexcusable in my opinion. We have said it repeatedly, RAM is cheap and 2GB just isn’t enough.

The majority of this next generation of EDU devices come with the second, “world-facing” camera and USB-C is quickly becoming the standard. For Chromebooks, it has become a must. Google said so and that’s okay with us. There has been talk of some of the Windows devices having full, 1080P resolution. For comparison, the Acer and the HP both use 1366×768 HD which is standard fare for an 11″ device in schools. Anything over that is really overkill in our opinion.

The head-to-head for hardware could really be called a toss-up. Each device may have its own, distinct advantages but neither hits every box on the checklist. We have had the pleasure of working on Chromebook comparable to the Acer Spin 11 and it seems to be delivering in all the right departments. I can not speak to the hardware of the Windows devices. When I am able to get my hands on one I will do an objective comparison.

So, really, it all kind of boils down to platform here. Microsoft is attempting to go after Google and its tight grasp of the education market. Do they have what it takes is the question? Google has built an entire ecosystem around their Classroom products as well as the deployment and use of Chromebooks in schools. We haven’t even taken into account Google’s Certified Educator program. For as little as $10 you can be certified in the fundamentals of Google Classroom.

What is Microsoft offering? I’m not saying they don’t have something up their sleeve but right now it is all “coming soon.” Not real promising if they really want to pitch this to institutions in the near future. Where’s the support for educators? What does the management console look like?

All I’m saying is if Microsoft’s event was really about education, these are questions that should have been readily answered in the days following. I’m not keen of buying into a product unless you can really sell me on the ins and outs. I can bet budget makers at educational institutions aren’t going to drop thousands of dollars on new hardware running a new OS without these details as well.

We will patiently wait to see what is to become of Windows 10 S and find out if Microsoft has what it takes to battle Chrome OS in the classroom. At the end of the day I think we might find it was all about the Surface. That’s just my hunch.