You are here: Home / All Stories / Microsoft’s Chromebook Killing Event: How The Surface Duped Us All 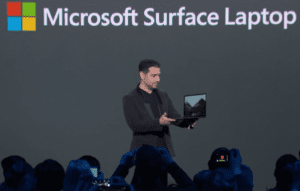 Before I dive in to this, let me be clear: it is not my intention to bash Microsoft in any way with this article. Over the next few days we will delve into the ins and outs of everything that stemmed from yesterday’s event interestingly labeled #MicrosoftEDU. Today I just want to cover my opinion of what this “education focused” event was really about and attempt to clear up what seems to be widespread misinformation about Microsoft’s new education devices.

Now that we have that out of the way, let’s begin.

For the past two weeks at least, my inbox has been flooded with email alerts revolving around Microsoft’s supposed Chromebook-killing event that was to take place in New York City on May 2nd. Rumors were flying that the tech giant would release a new line of products to directly compete with Chromebooks in the education market and that these PCs would be built around Microsoft’s new cloud-based version of Windows 10.

Great. Not really a lot of concern from the Chrome OS camp. Chromebooks have destroyed the market share in the education sector in just a few short years. The grip is tight, the roots are deep and it would take nothing short of a miracle for Chromebooks to relinquish their crown. So, Microsoft decides to host an event to lay out their plan for regaining lost ground in schools and here’s how it went down.

Microsoft CEO, Satya Nadella, opened with a stirring 11-minute-long speech about the impact of technology in the classroom, the importance of the de-marketization of education and the future of the computerized classroom. Seriously, it was a great opening. I was driving back from dropping my daughter off at day care (a 30-minute ride) and I was really gripped by his passion and sincerity on this subject.

The introduction of Window’s new cloud-based system was fairly well laid out. Not much detail was given about the inner workings of the platform but that’s because this was supposed to be an “education” event, not a developer conference. As far as initial introductions go, Mr. Myerson did a great job of delivering the highlights of what Windows 10 S could do for the classroom.

Interestingly, the only devices mentioned during the Windows S unveiling were upcoming devices that would run the new OS and current Windows 10 devices that started at $189. This is where the confusion began. In the past 24 hours, countless media outlets have connected the $189 devices with Microsoft’s new OS Windows 10 S.

I went back and watched it again and then a third time. The sub $200 PCs were mentioned so briefly that if you weren’t paying attention you would have missed it. Here’s what Executive VP Terry Myerson actually said:

Our partners including Acer, ASUS, Dell, Fujitsu, HP, Samsung and Toshiba offer a range of new Windows 10 PCs for education today starting at $189.

Available today with Windows 10, not 10 S. He was referring to current Windows devices that range from 2-generation-old BayTrail to current Celeron and Pentium processors. One example is the HP Stream Pro 11 that comes with specs similar to a lot of Chromebooks we see in the education market today. For $189 the HP will give you a Braswell N3060 SoC, 4GB RAM, 64GB of storage.

What it doesn’t get you is a touchscreen, convertible form-factor or Android Apps now or in the future. Doesn’t sound like that great of a deal when you can grab an Acer Chromebook R11 for around $200-$250. Yeah, you might sacrifice a little storage but we’re talking cloud-based laptops here and the HP is the top of the line at that price. Other OEMs offer the $189 price point and you’re getting bare-bones, BayTrail with 2GB RAM. No thanks.

The next thirty minutes, however, were quite mind-numbing in my honest opinion. There were highlights of Minecraft Education Edition being used to learn to code, a neuroscientist demonstrating 3D modeling for medical applications and after that, I pretty much checked out. I would be willing to bet the majority of the crowd present in New York did the same thing.

I don’t say that as a shot at Microsoft, but seriously, this was an event in New York City. A good number of big hitting tech sites and news outlets were there expecting to see the “Chromebook Killer” as well as a new Surface Product. Evan Blass had already tweeted the leaked images of the new Surface Laptop and that’s what the people really wanted to see.

And that’s when it happened.

All of these seemingly menial announcements had the feel of a dog and pony show that was leading up to something bigger. Sure enough, as Terry Myerson took the stage for the second time and wrapped up everything we had just witnessed, he rounded everything off by professing Microsoft’s commitment to higher education. In a somewhat cheesy monologue, he brings his point home by saying:

There it was. Everything was wrapped up in a nice, neat little package and the stage was set to do what Microsoft came to New York to do. The segue to bring CVP Panos Panay to the stage was like that of a Broadway musical. It was as if the single consciousness of everyone watching unanimously breathed a sigh as they realized they were about to see what Microsoft really had them there for.

I can honestly say that this portion of the event was the most interesting and exciting. Panos was clearly amped about making this announcement and introducing the world to the new Surface Laptop and rightfully so. There’s no denying this is a gorgeous piece of hardware. 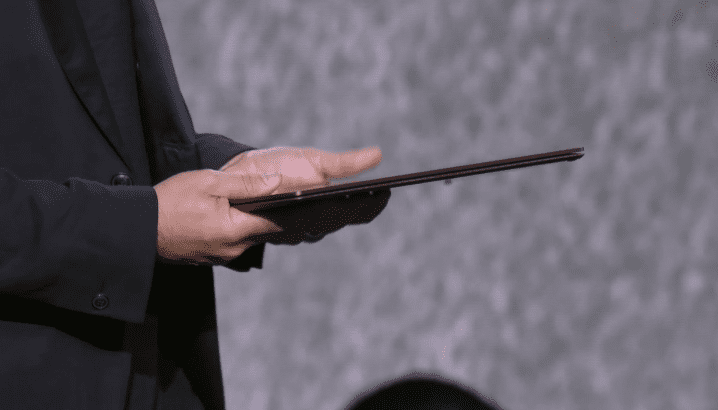 One thing the new Surface is not; a Chromebook killer. We will get into the meat of that tomorrow. For now, I just want to point out that Microsoft got me and I’m sure that I am not alone. The media hype about this event was ridiculous. There was so much hoopla about Windows devices that would compete and even crush Chrome OS and the firm grasp it has in the education sector. All of this was fueled by the rumors of new Surface products and cheap, affordable EDU devices.

Speaking of EDU devices, the upcoming Windows 10 S PCs for schools are Apollo Lake models comparable to their Chrome OS counterparts with similar price tags for entry-level ones. Later this week I’ll be doing some side-by-side comparisons of these devices and we’ll discuss the pros and cons of each.

How could Microsoft go wrong?

Many of us tuned in just to see how monumental of a failure cloud-based Windows will be. Others were legitimately anticipating the $999 and up Surface Laptop and I don’t blame them. Educators that were able were likely watching. Administrators, IT departments, media and everyone in between was drawn in. Microsoft – whether internally or by accident – garnered a massive audience all so they could introduce the world to their new Surface device that runs Windows 10 S…unless you don’t want it to. Then you can switch to Windows Pro, but that’s another discussion for later this week.

As I said at the beginning of this, I’m not knocking Microsoft. On the contrary, I have to tip my hat to them. They monopolized two hours of my day to show me a device I will never buy and tell me something I already knew: they can’t kill Chromebooks. They successfully marketed an education-focused event that, for the most part, wasn’t really about education at all. Well played Microsoft, well played.