You are here: Home / All Stories / Chrome OS 57 Finally Arrives for Samsung Chromebook Plus And Others 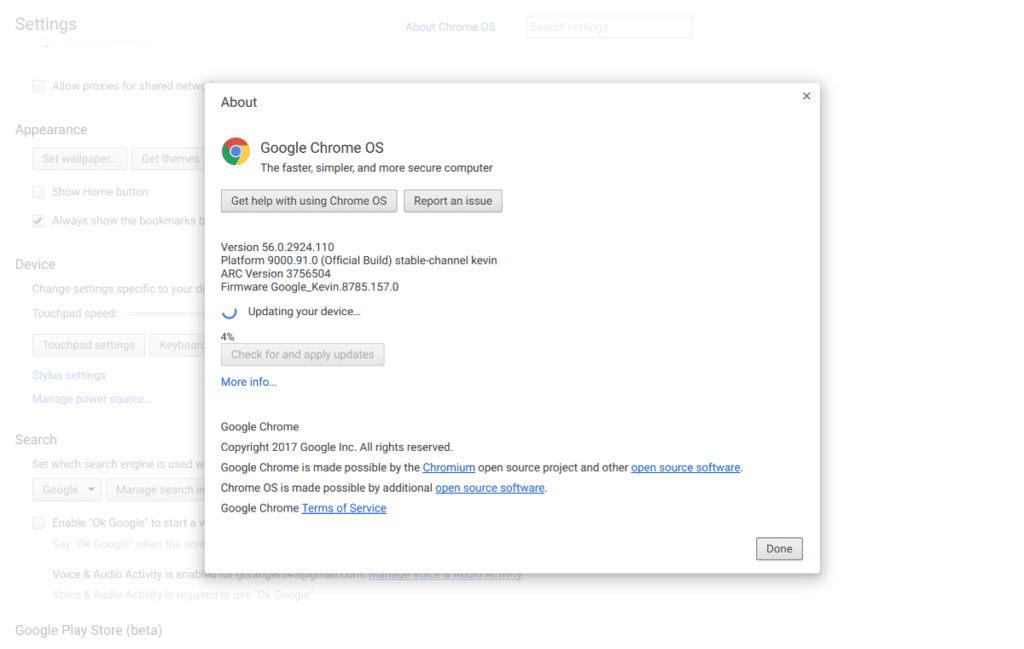 For those of you left out in the cold with the release of Chrome OS 57, we have some great news. Reports are rolling in of Samsung Chromebook Plus users receiving the latest update to version 57.0.2987.146.

There weren’t any specifics as to the delay but a number of devices including the Samsung, Acer Chromebook R11, AOpen Chromebase Mini, AOpen Chromebox Mini, Google Chromebook Pixel (2015) and ASUS Chromebook Flip C100PA were excluded from the newest release.

Likely associated with the Google Play Store and Android Apps, it is good to see version 57 finally making its way to Chromebooks across the board. Another user has confirmed the update on the Acer Chromebook R11 and we will be keeping our eyes open for other devices as the day rolls on.

I’ll be digging into the Plus to see if there’s anything new for the Android-enabled, touch devices with 57. Now we patiently wait for Chrome OS 58 and hopefully Android for everyone.

Screenshot of the Acer R11 downloading 57.

Were you left out on Chrome OS 57? Comment below your device if you are finally seeing the latest update.