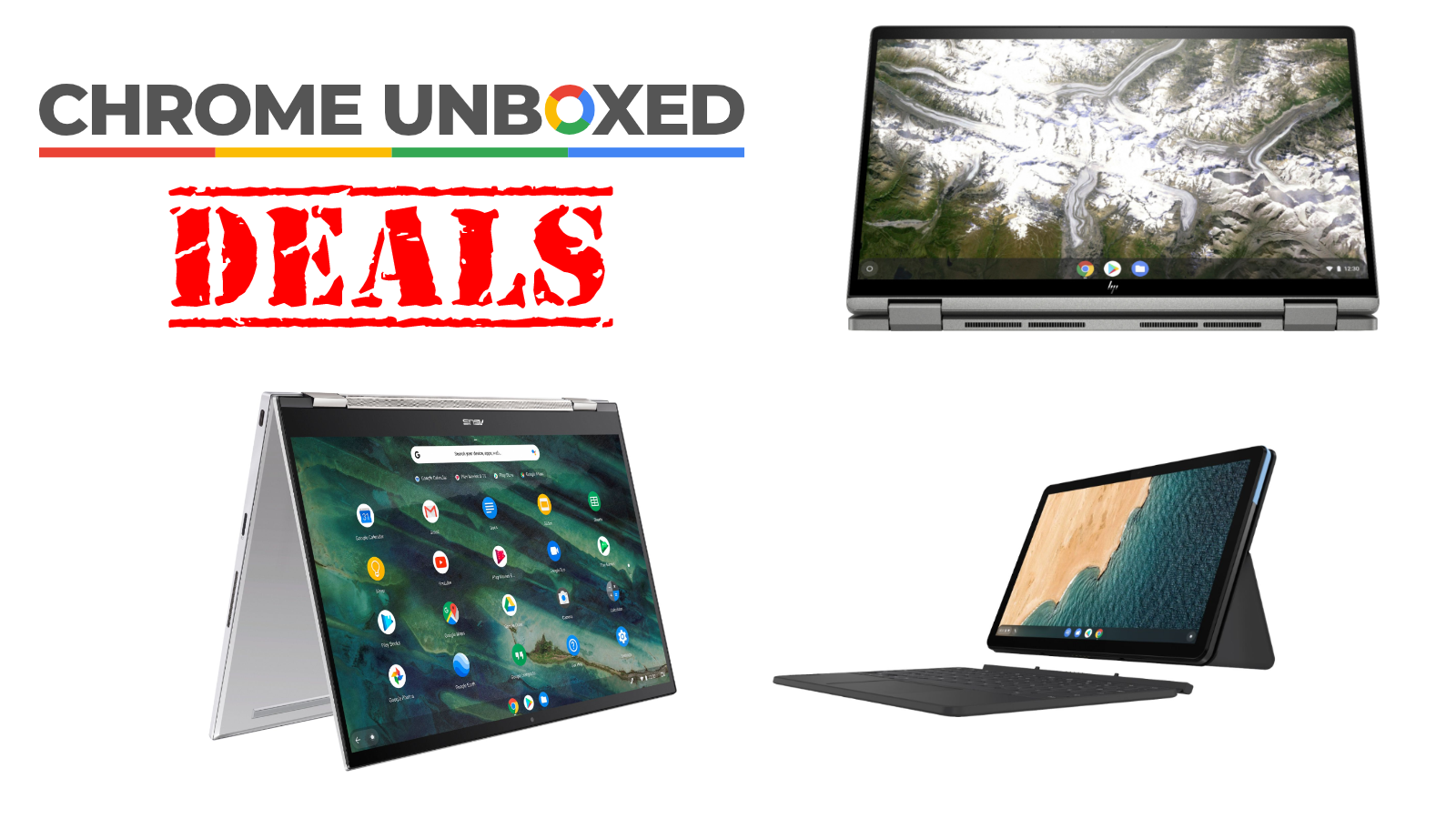 Just because you missed out during the holiday shopping season doesn’t mean that it’s too late to score a great deal on a new Chromebook. We’ve rounded up what we feel are the best deals going right now and the list is impressive. Regardless of your budget, there’s a device on this list for just about everyone and the coolest part is that most of these Chromebooks made our Best of 2020 list. Win-win. So, without further ado, here are the best Chromebook deals available right now.

Samsung’s premium 10th gen Galaxy Chromebook is arguably one of the most well-designed Chrome OS laptops to ever hit the market. Despite the glaring shortcomings of the Galaxy’s battery life, the Core i5 Chromebook is powerful, sleek, and absolutely beautiful to behold. Even with Tiger Lake devices on the horizon, the Samsung Galaxy Chromebook is still a formidable competitor in the premium space. The Galaxy’s AUE date of June 2028 guarantees you a safe and secure Chrome OS experience for years to come. Normally $999, you can pick up the Galaxy Chromebook in Fiesta Red or Mercury Gray and save $200. The deal is available from Samsung as well as Best Buy but you can get 10% cash back for a limited time when you buy from Samsung’s site and use your Rakuten account. Don’t forget, you can save even more if you qualify for Samsung’s discount program for educators, students, first responders, and more.

Lenovo’s Chromebook Duet tablet is far from being the most powerful Chromebook on the market but what it lacks in horsepower, it makes up for in versatility and overall design. The 10.1″ tablet with a detachable keyboard is the perfect device to throw in your bag for the weekend or simply have around the house as a secondary Chromebook or even a primary tablet. My kids both have the ruggedized version of this Chromebook and they love it. It has become the go-to device for them whether they’re playing games, watching Disney+ or “making YouTube videos” because, you know, that’s all the rage these days. The 128GB version of the Lenovo Chromebook Duet is currently $50 off at Best Buy. We’ve said it a million times. This thing is worth the $299 MSRP and perhaps more. Picking one up for $249 is a no-brainer.

Coming in a respectable second place in our mid-range category of Best Chromebooks of 2020, HP’s refreshed 14″ convertible refines just enough from the previous model to make it worth your time. The only gripe is that it is priced exactly the same as the Acer Chromebook Spin 713 and it was our #1 device of 2020 in this category and overall. The Spin offers a better processor, more storage, and a much better display but that doesn’t mean that the HP is a second-class Chromebook. Right now, you can pick up the Core i3 2-in-1 and save $180. That raises the value of this Chromebook to an entirely new level and it’s very easy to recommend at this price. Like the Acer and the Samsung, the HP Chromebook x360 14c will get updates through June of 2028. For $449, you’re getting a lot of Chromebook and plenty of updates for a very reasonable price.

I absolutely love Lenovo’s 13.3″ Comet Lake convertible. So much so that I have been tempted to get a Costco membership for the sole purpose of picking up the 8GB variant of this convertible. I have a score of Chromebooks at my disposal and yet, the Core i3, 4GB/64GB Flex 5 is the one I am usually working from when I don’t need the extra RAM or CPU power. I do think that Lenovo and other OEMs should stop making Intel Core Chromebooks with less than 8GB of RAM but that’s a story for another day.

Anyway, the Lenovo Chromebook Flex 5 is a great overall device and the biggest draw remains the fact that it retails for a mere $410. If that’s your absolute max budget and the Duet is too small for your needs, the Flex 5 is a solid choice and right now, you can pick it up on Amazon and save $30. You can find the listing for it and the other configurations over at the Chrome Shop. If you are a Costco member, the wholesale club has the 8GB/128GB model, and it’s $150 off. That would be my recommendation. Unfortunately, it appears to be out of stock at the moment. We’ll let you know when they get more on hand.

While the discount could and should be more, both models of ASUS’ premium Comet Lake Flip C436 are $100 off at the moment. I loved the look of this Chromebook at CES and I really wanted to be impressed by it. Sadly, it fell short in a few key areas but that doesn’t detract from the premium internals and external offerings you get from the C436. It offers up USI support, a fingerprint sensor up to a 10th gen Core i5 CPU with 16GB of RAM. It’s a beast and it looks really, really good. I truly hope that ASUS brings their A-game when the company launches its Tiger Lake lineup later this year. Anyway, $100 off isn’t bad and it makes buying this Chromebook a bit more palatable.

That’s it for this edition of best Chromebook deals. We’ll be back with another roundup in a couple of weeks. Be sure to subscribe to our newsletter for updates on the latest deals, unboxings, reviews, and new from the world of Chrome OS. We’ll see you next time.