The Samsung Chromebook Plus is the Belle of the Ball at the moment and rightfully so. Even now, as I write this article, I wonder if I will ever be happy not using a 3:2 display again. Don’t get me wrong, it’s not perfect. The ARM processor lacks the power I desire for my daily computing needs and the narrowed keyboard has taken a little getting used to.

But, all-in-all, this is a beautiful device that delivers a very well-rounded experience in a premium package. All this brings me to my point. The Samsung Chromebook Plus isn’t the only flagship convertible on the market.

The ASUS Chromebook Flip C302CA made its debut the same week as the Samsung at CES Las Vegas. While there was very little pomp and circumstance surrounding the release of the ASUS, it is nevertheless a prime competitor to the Samsung Plus and Pro.

Both the ASUS and the Samsung Chromebook Plus are aesthetically appealing and having both of them in front of me makes picking one to work on a chore. The built-in stylus of the Samsung holds no real attraction to me so it is of no consequence. The only thing that continues to draw me to the Plus is the display. Unfortunately, the ASUS will never win that fight.

On the flip side, when I’m looking at performance, I have to grab the Core M3 ASUS. If I know I’m going to be jumping into a tab-heavy day and my workload requires some serious octane, the ASUS wins; hands down.

All of this will most likely change with the release of the Samsung Chromebook Pro. I will get my cake and be able to eat it, quite contently, at the same time.

But, what about the yet-to-be released models of the ASUS Flip?

ASUS has taunted a variety of configurations of the C302 from a base Pentium model all the way up to the Core M7 with 8GB of RAM and 128GB of storage. This really muddies the waters for me.

I spent a number of years in the car business and I like more power. Bells and whistles are nice too. If it’s available, I want to at least take it for a spin. The problem is ASUS can’t seem to make up their minds as to what, if any, new models are going to be available.

At initial release, the landing page for the ASUS Flip offered up three processors. The Pentium® 4405Y, Core™ M3 6Y30 and Core™ M7 6Y75 were all slated to be available. Aside from that you could beef up the Chromebook with 8GB of RAM and 128GB of storage.

This really appealed to me. I want a device that can be my all-in-one. Heck, with all the specs maxed out, this could even make a great gaming device when dual-booted with Linux and Steam installed.

Here’s where things get a little hinky. The ASUS U.S. website seems to be having trouble making up its mind as to which internals it’s going to offer. Multiple times, every week, the available processors, RAM and storage changes. A full-blown personality disorder at its best. Here you can see what was originally the offerings for the Flip. 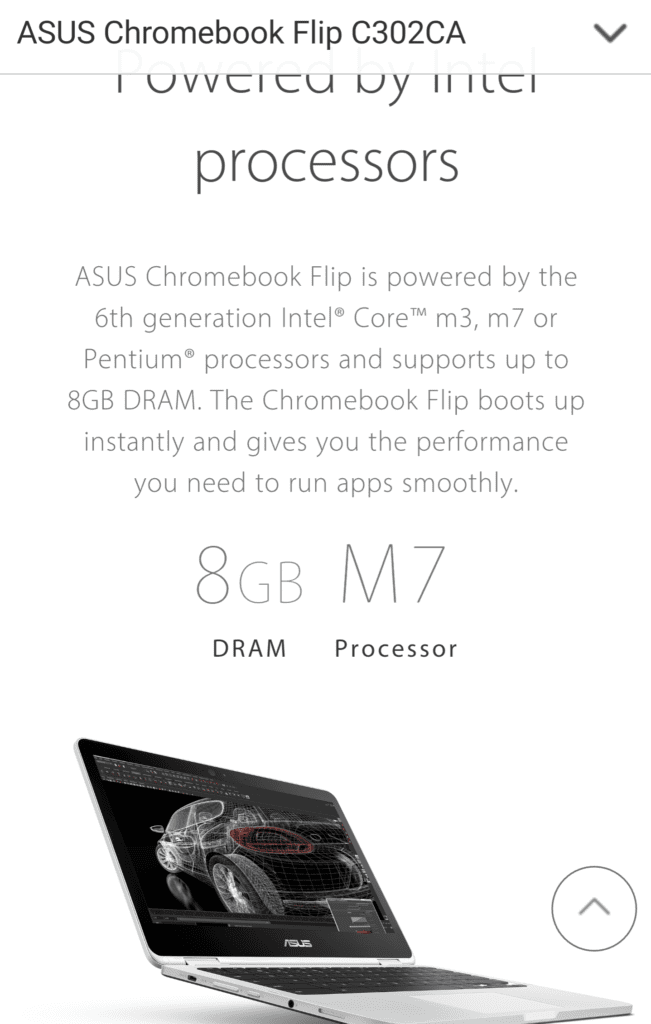 Great! That’s exactly what I want. Give me the best you’ve got. I don’t need a ton of variations but at least let me order the best you have to offer. I mean seriously, the ASUS U.K. website is offering 8 configurations of the Flip. (Granted, only one is currently available)

Just like that, with no warning, the C302 landing page changed and the options got really sparse really fast. Below you will see only the Pentium and M3 options and 4GB of RAM as your only choice. 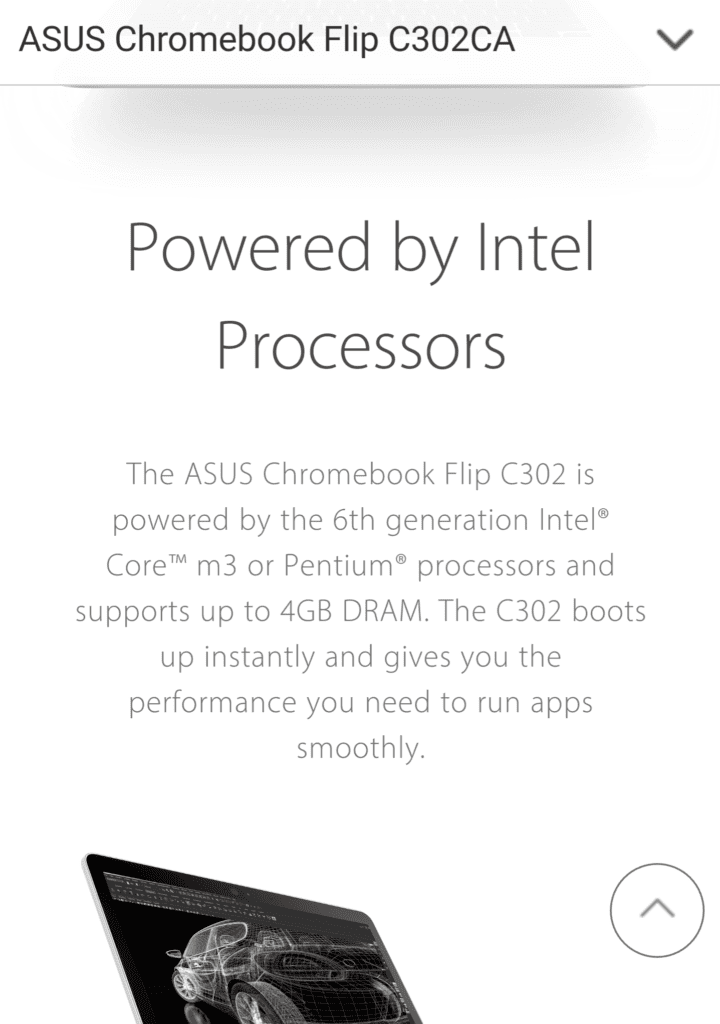 Okay, I’m not throwing a temper tantrum. Products change all the time. Availability changes and manufacturers switch things up as the market demands. I get it. However, if you’ve checked this site anywhere as near as frequently as I have, you’d know that these specs are changing all the time.

Just today, for example, all three models were available around lunchtime. Then, by the time I was firing up the grill for dinner, we’re back to the latter choices. This seems to happen multiple times a week and sometimes daily. Maybe it’s a server caching error. Maybe someone is having some fun playing with our emotions. Who knows?

We have asked our sources at ASUS to shed some light on what’s going on with the Flip. If not just for the sake of our readers but for our own sanity. The Chromebook market is currently on fire and more devices are coming and coming fast. ASUS would do well to get the house in order before retailers are inundated with devices that will drown out what could arguably be one of the best devices of 2017.