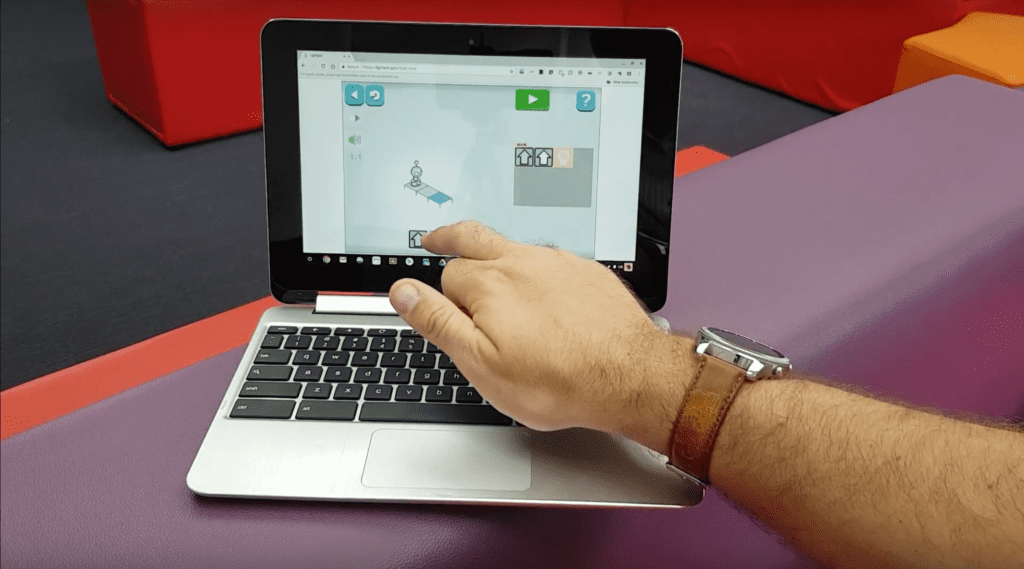 I love the internet! Within a day of posting about the ASUS Flip C101’s new availability in Japan, we’ve received a comment from Stu Lowe at Geeky Teachers stating that his school in Hong Kong just had 90 of these devices shipped to them.

In the video, Stu takes about five minutes and gives us his initial impressions on ASUS’ follow up to the massively-popular Chromebook Flip.

As we’ve discussed before, this new Flip contains a few upgrades over its predecessor that make it a very compelling offering.

First, we have a much brighter screen. While we’ve not had any official proof of this up to this point, in the video Stu makes a point to explain this screen is far brighter than the first flip with additional levels of contrast and deeper blacks. That’s a win!

Second, the device is much faster. Thanks to the inclusion of the same OP1 processor (Rockchip RK3399) that resides in the Samsung Chromebook Plus, the new ASUS Flip gets along quite well from what we are seeing in the video.

I’ve said this before, but it bears repeating: this device and its 1280×800 resolution present far less computational load on the processor. Though the OP1 does well in the Samsung Chromebook Plus, it will fare much better in this latest ASUS Chromebook. Another big win!

Other Things To Note

Additional upgrades are here as well. The micro-HDMI port is gone in favor of a USB-C port, and that is important. Micro-HDMI has always presented weak connection ports that usually end up in fully-failing ports over time.

Additionally, the proprietary charging port has also been replaced with a second USB-C port, flanked by a 3rd USB port of the type-A variety and a micro SD card slot.

For the slim and small form-factor this device has, that port selection is quite healthy.

Overall, after seeing this video, I’m very, very excited to get my hands on one of these devices for a review. If the price stays down, I think ASUS could have a huge hit on its hands this holiday season.